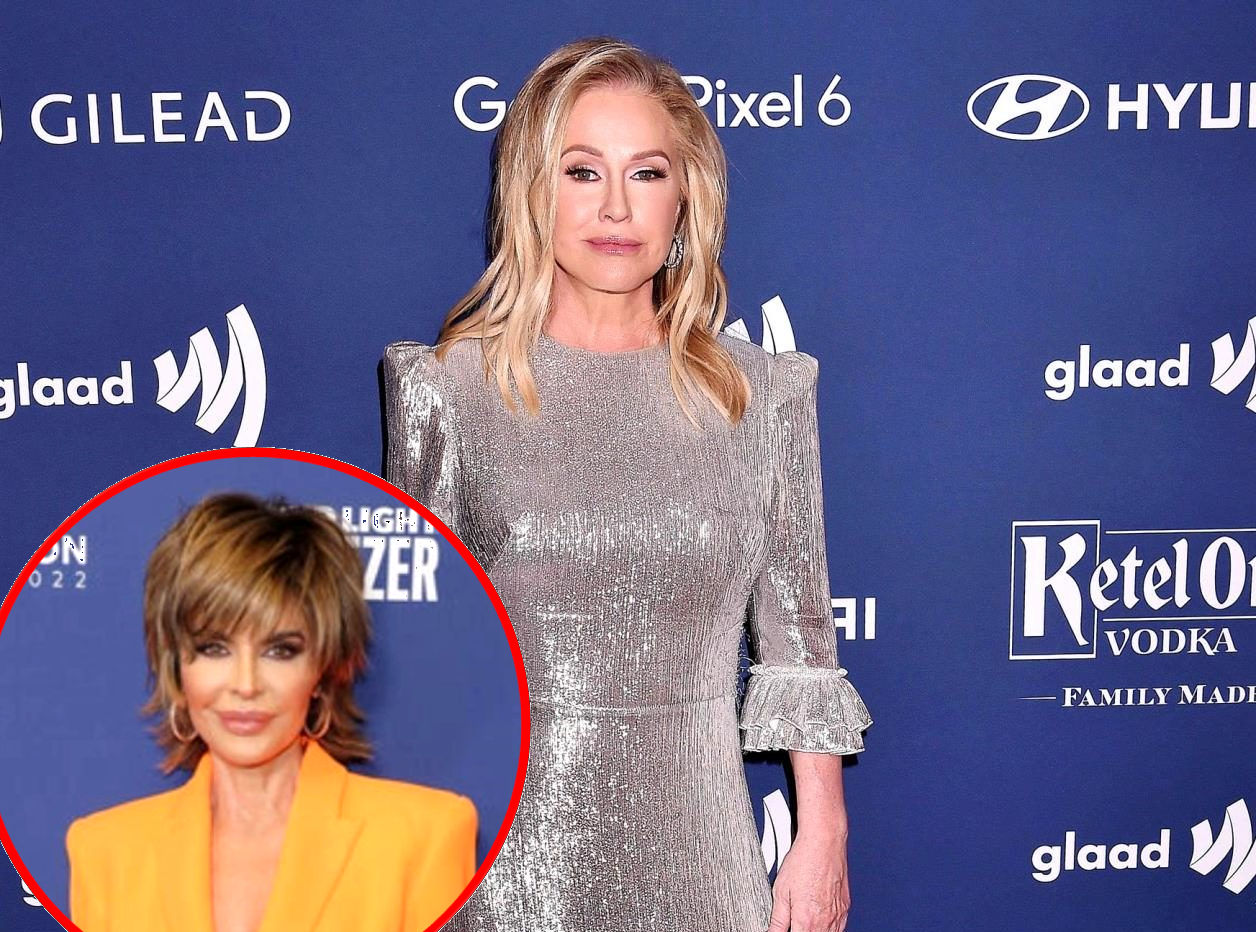 Kathy Hilton took fans inside her massive, 14,980-square-foot Bel Air mansion for a look at her stunning Christmas decor, and of course, a chat about Real Housewives of Beverly Hills hot topics.

As she revealed the cheeky holiday gift Garcelle Beauvais sent her for Christmas and shared her thoughts on potentially returning to the show for season 13 with Lisa Rinna, Kathy confirmed she’s created Christmas wreaths for not only her on-screen nemesis, Lisa, but also Garcelle, Sutton Stracke, and Rihanna.

“Every room gets a little beat. I like to have a wreath or something like that,” Kathy told Entertainment Tonight about how she adds a touch of Christmas to each room. 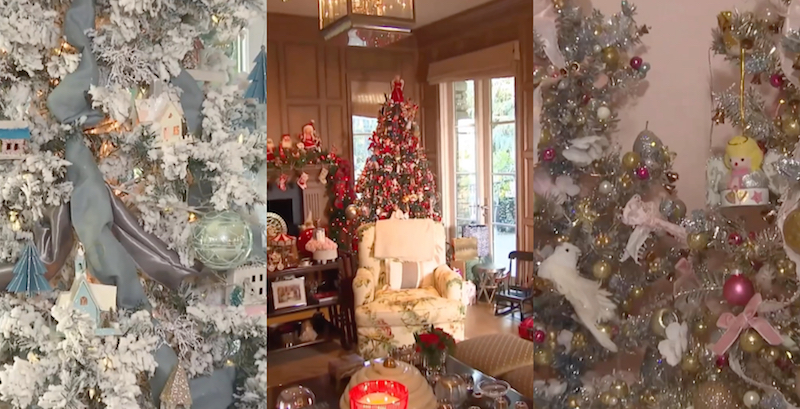 And she even made one for self-professed Bravo fan Rihanna.

“I made one for Rihanna. I glued in her lipstick and blush. She loved it and then I found things that she likes — that I know she would like,” Kathy explained.

After showcasing her wreath collection, Kathy moved into a different room, where a bottle of Casa Del Sol from Garcelle was spotted.

“Garcelle I love you. I miss you. We missed you the other night. I love you. And I can’t wait to see you,” Kathy told Garcelle as she showed off the gift and accompanying note, which may have been a nod to her highly-publicized tequila feud with Lisa that was recently reenacted by Kendall and Kylie Jenner.

As RHOBH fans may have noticed, the majority of the cast attended the People’s Choice Awards earlier this month. However, due to a work commitment, Garcelle was unable to make it (Diana Jenkins was also absent, reportedly due to a pregnancy).

As for being seated between Lisa and Erika Jayne, who accused her of using a gay slur amid the season 12 reunion, which she denied, at the awards show, Kathy said, “You know what, though? I don’t care. I’m cool. I was like, ‘Whatever.’”

Moving on to the upcoming 13th season, Kathy said that when it comes to a potential return, that’s not up to her.

“I don’t know. I don’t think anybody knows if they’re going back,” she explained. “I’m not here to get ahead of myself. Let’s see if they want me.”

And when it comes to returning with Lisa, who she previously said she would not return with, Kathy added, “She’s easygoing. I don’t know.”

The Real Housewives of Beverly Hills season 13 is expected to begin production in early 2023.