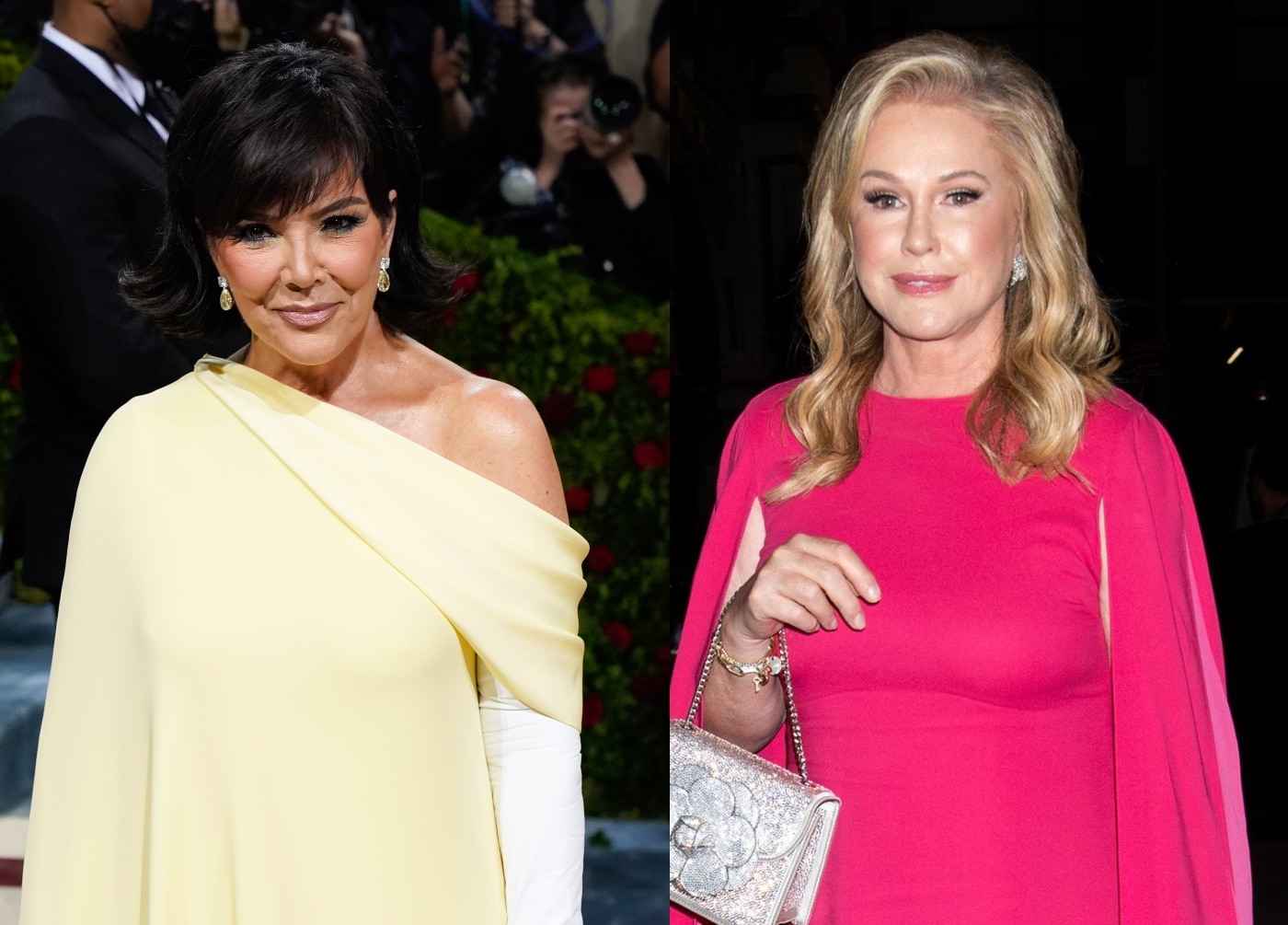 It looks like things are hunky dory between Kathy Hilton and friend Kris Jenner.

Real Housewives of Beverly Hills viewers are well aware of the ongoing feud between Lisa Rinna and Kathy after Lisa refused to sip Casa Del Sol tequila, which Kathy and her family invest in, during the now infamous Aspen trip. Lisa opted instead to ask the bartender to pour “her friend Kendall Jenner’s” tequila brand, 818 Tequila, despite Kathy’s request.

Kathy clearly was not pleased as she muttered under her breath, “I can’t f***ing believe what she just said.”

Ironically, Kris is appearing to be Team Kathy — despite Lisa’s support of her daughter’s brand — after Kathy posted her RHOBH season 12 reunion look on Instagram.

The photo shows Kathy in a pink Oscar de la Renta floral dress, and she captioned the post, “Barbiecore.” Fans were quick to notice that Kris popped up in the comments section posting a series of heart emojis. 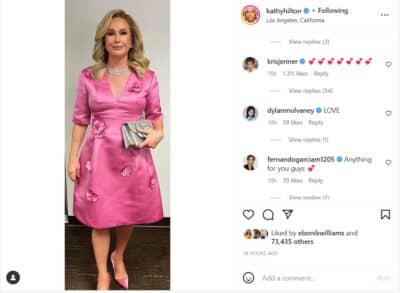 The endorsement should, honestly, come as no surprise as the Hiltons and the Kardashian/Jenners have had a long history of friendship. Kathy and Kris’ daughters, Paris Hilton and Kim Kardashian, used to be best friends in the past and have reunited several times over the years. Kris and Kyle Richards also have a long-standing friendship, with Kris appearing on RHOBH multiple times.

Lisa, on the other hand, still believes that her support of Kendall’s 818 Tequila is what triggered Kathy’s meltdown in Aspen.

In her confessional, Lisa stated, “It makes me believe that my ordering the Kardashian-Jenner tequila brand is what set her off.” She added, “Because Kathy is so f***ing jealous of the Kardashians.”

Another said, “I hope you raked Rinna over the coals.”

A third said, “Absolutely stunning Kathy. Can’t wait to see you stand up tall and defend yourself against the vile Rinna.”

The whole situation is a bit confusing as Lisa’s daughter, Amelia Gray Hamlin, previously dated Kourtney Kardashian’s ex, Scott Disick (who Kris and family are still close with) — a relationship that Lisa publicly had reservations about and did not support. Yet, she will support the Kardashian-Jenner tequila? Amelia and Kendall do run in the same modeling circles so that very well could be the reason.