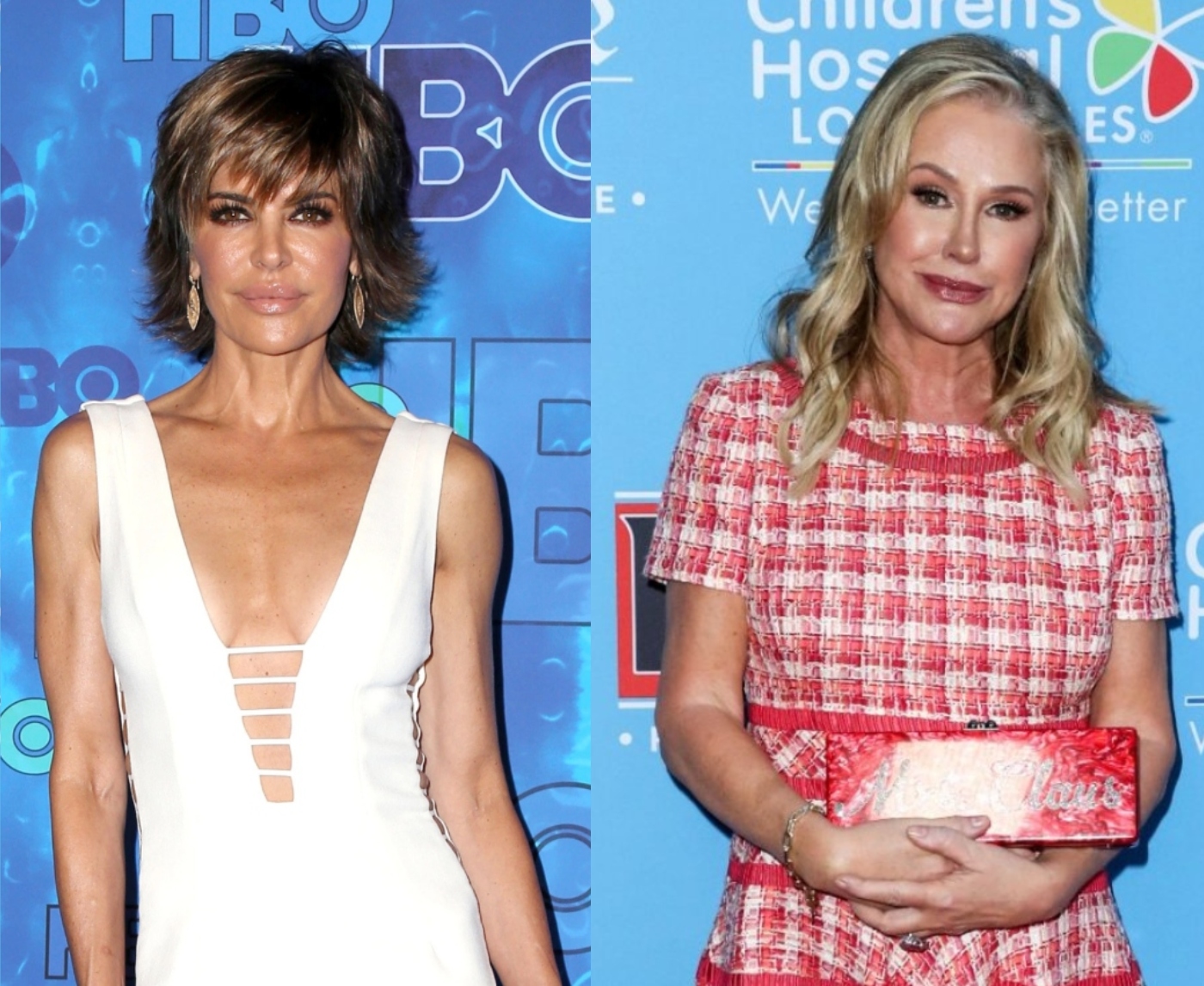 Lisa Rinna is no longer abiding by her fashion-only rule on Instagram.

Just weeks after vowing to keep Bravo-related topics off of her social media pages, the Real Housewives of Beverly Hills star has shared a couple of new posts on her Instagram Story. The first post seemed to accuse Kathy Hilton of attempting to silence her while also making her look like the “bad guy” amid her drama with sister Kyle Richards.

“I see you, I know who you really are no amount of money can hide that. Your belief system is NOT my belief system. You have spent a lot of time and money and effort trying to silence me, make me the bad guy but guess what honey, I’m like a cockroach and you can never get rid of me. I’m always gonna talk about it,” Lisa’s message read, via Bravo Gossip Mongers on Instagram.

“The truth always comes out… always,” she added. 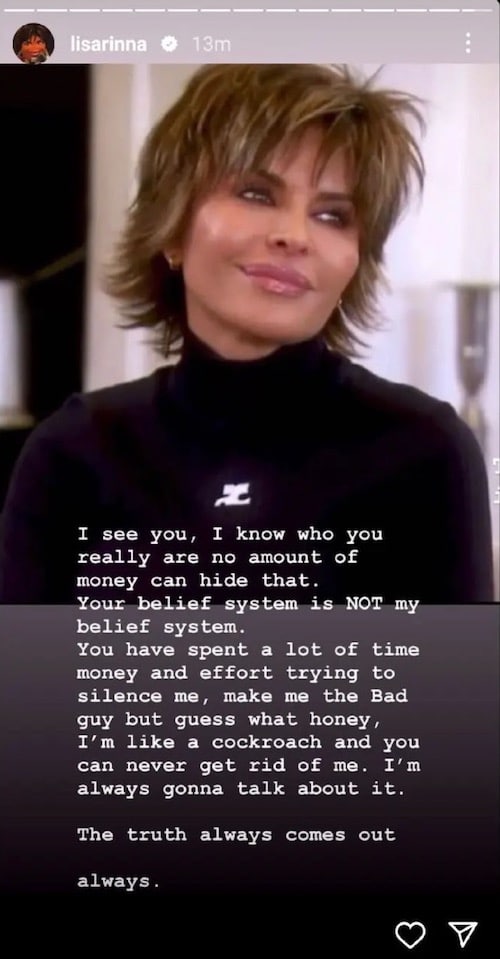 As RHOBH fans well know, Lisa exposed details of Kathy’s meltdown in Aspen on recent episodes of the show, accusing her castmate of saying horrible things about Kyle and her family, including threats to destroy them, and suggesting she was also planning a takedown of Bravo and NBC. However, because the rest of the cast, aside from Garcelle Beauvais and Sheree Zampino, saw only the early moments of her outburst, much of her account has been pulled into question.

In another post shared on Lisa’s Instagram Story, she reshared a post from a fan, who included a video of the RHOBH season six reunion and said, “B-tch you can’t afford to lose her.”

“This makes me [laugh],” Lisa replied. 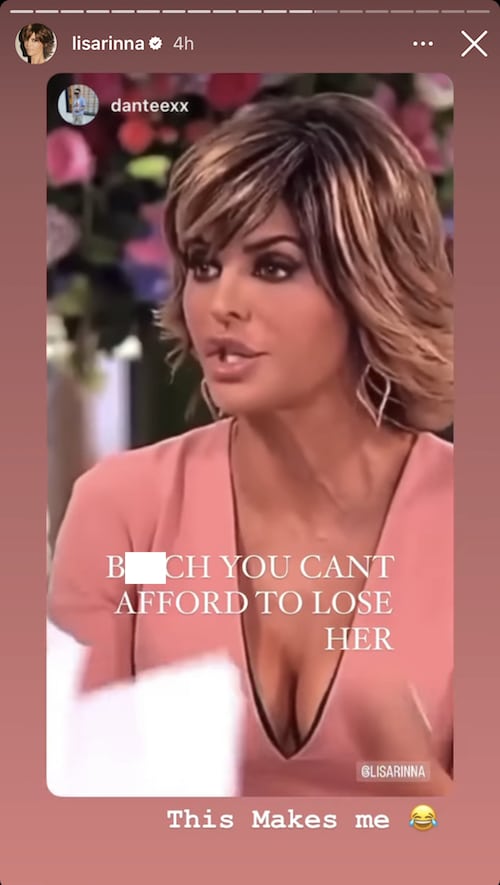 “My mom once told me, ‘Once you are matured, you will [realize] that silence is more powerful than proving your point.’ And I felt that,” read a message shared to her page, via All About the Real Housewives on Instagram. 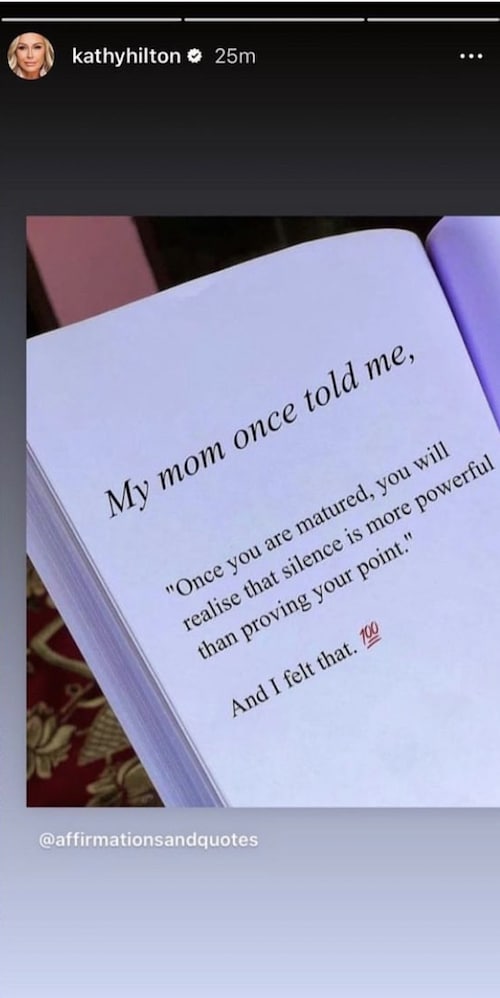 While Lisa has suggested that Kathy’s meltdown was unlike anything she’s ever seen, Kathy has continued to share clips of Lisa acting out against others in an effort to spotlight her bad behavior. She also reshared posts accusing Lisa, who previously targeted Denise Richards, Lisa Vanderpump, and Kim Richards, of hypocrisy.