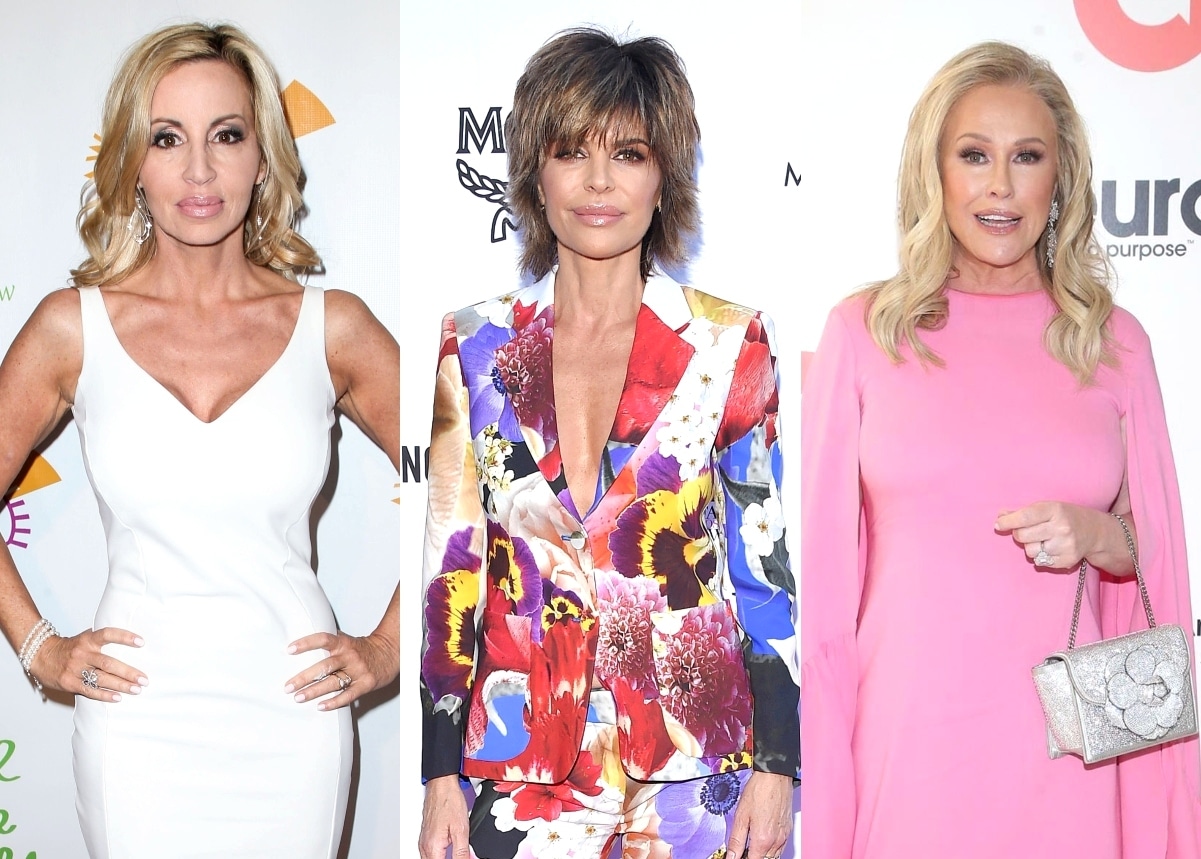 Camille Grammer is weighing in on the ongoing drama surrounding Kathy Hilton‘s controversial meltdown in Aspen amid the 12th season of The Real Housewives of Beverly Hills.

As new details regarding what was said by Kathy amid her outburst, specifically in reference to her sister Kyle Richards, continue to be revealed, Camille shared a number of comments on Instagram and Twitter about Lisa Rinna‘s role in the ordeal, accusing her former castmate of hypocrisy and suggesting a number of the women attempted to gaslight Kathy.

“Oh, we’re going there. Everything comes to a head on [RHOBH] tonight,” Bravo TV wrote in the caption of a clip from the September 28 episode, which featured Lisa confronting Kathy about the horrible things she reportedly said about her sibling.

And after seeing the post, Camille got in on the action with a series of comments.

“What made Rinna go to that place?!!” she asked. “Hmm… Let’s ask [Denise Richards] or [Kim Richards]. The hypocrisy of it all.”

As RHOBH fans will recall, Lisa put a spotlight on Denise during season 10 after learning of her alleged affair with Brandi Glanville. And amid season five, she was involved in an even messier encounter with Kim, during which a glass was thrown.

In another couple of messages, Camille, who previously applauded Kathy as the “most relatable” cast member of the show, asked, “Being pushed by some of the ladies?” She also wrote, “Truth.” 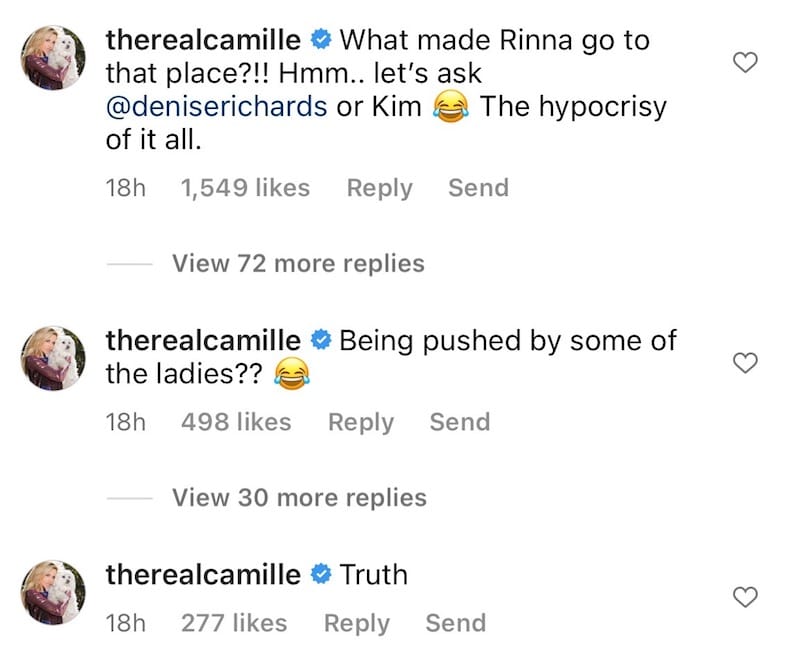 Then, after Bravo Housewives on Instagram shared another clip of the encounter between Lisa and Kathy, Camille had even more to say.

After calling out Lisa’s “hypocrisy” for a second time, Camille said, “Everyone has lost their temper on Housewives. Especially if they have been pushed to the limit… gaslit by some ladies.” 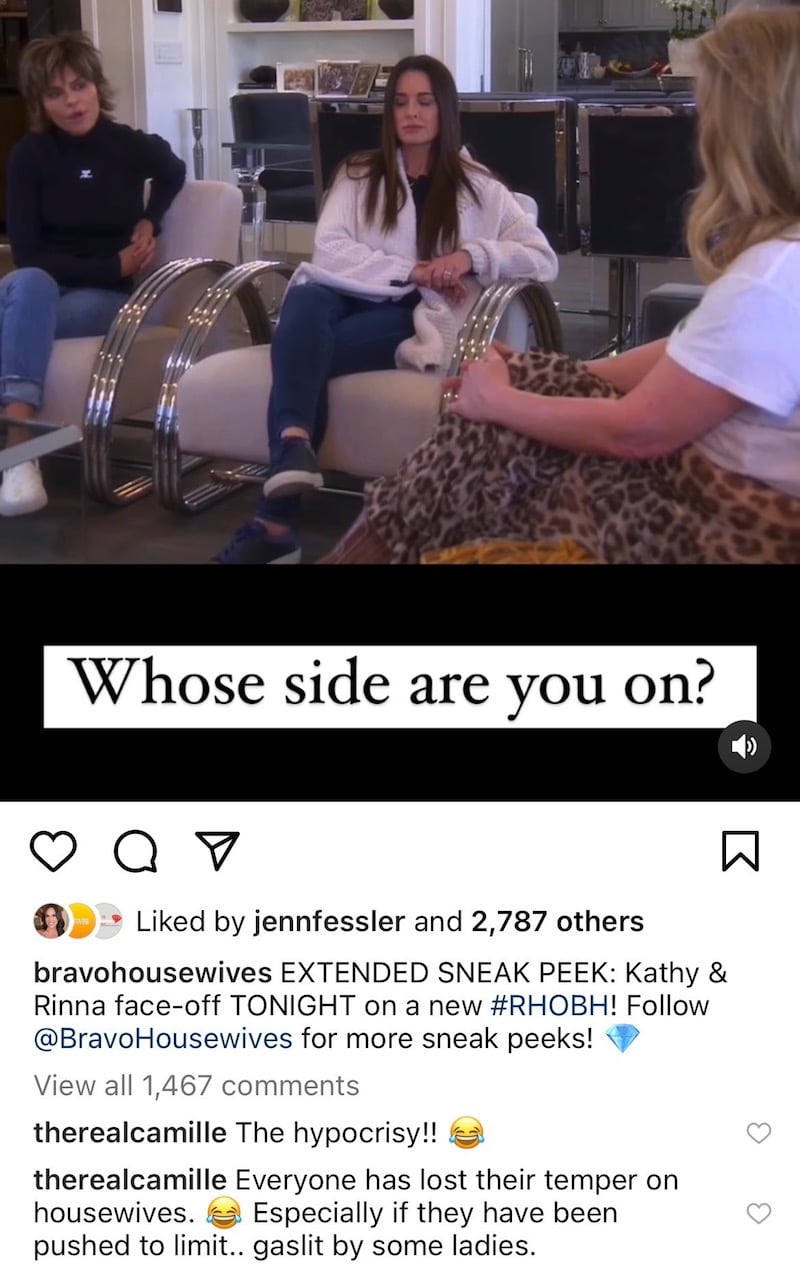 Meanwhile, on Twitter, as seen in a screenshot shared by All About the Real Housewives on Instagram, Camille again spoke of the gaslighting taking place on the show.

“So what if Kathy lost her temper around these ladies. Who hasn’t on [RHOBH] … Especially when you are being gaslit by some of the ladies,” she wrote. 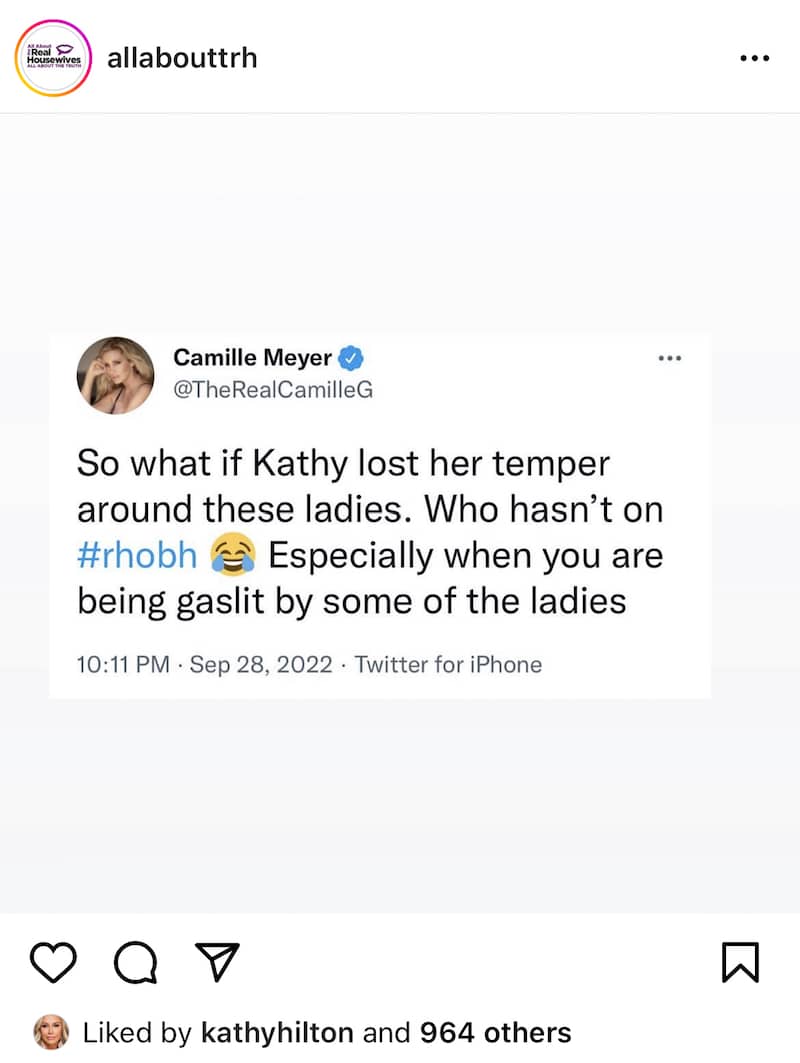