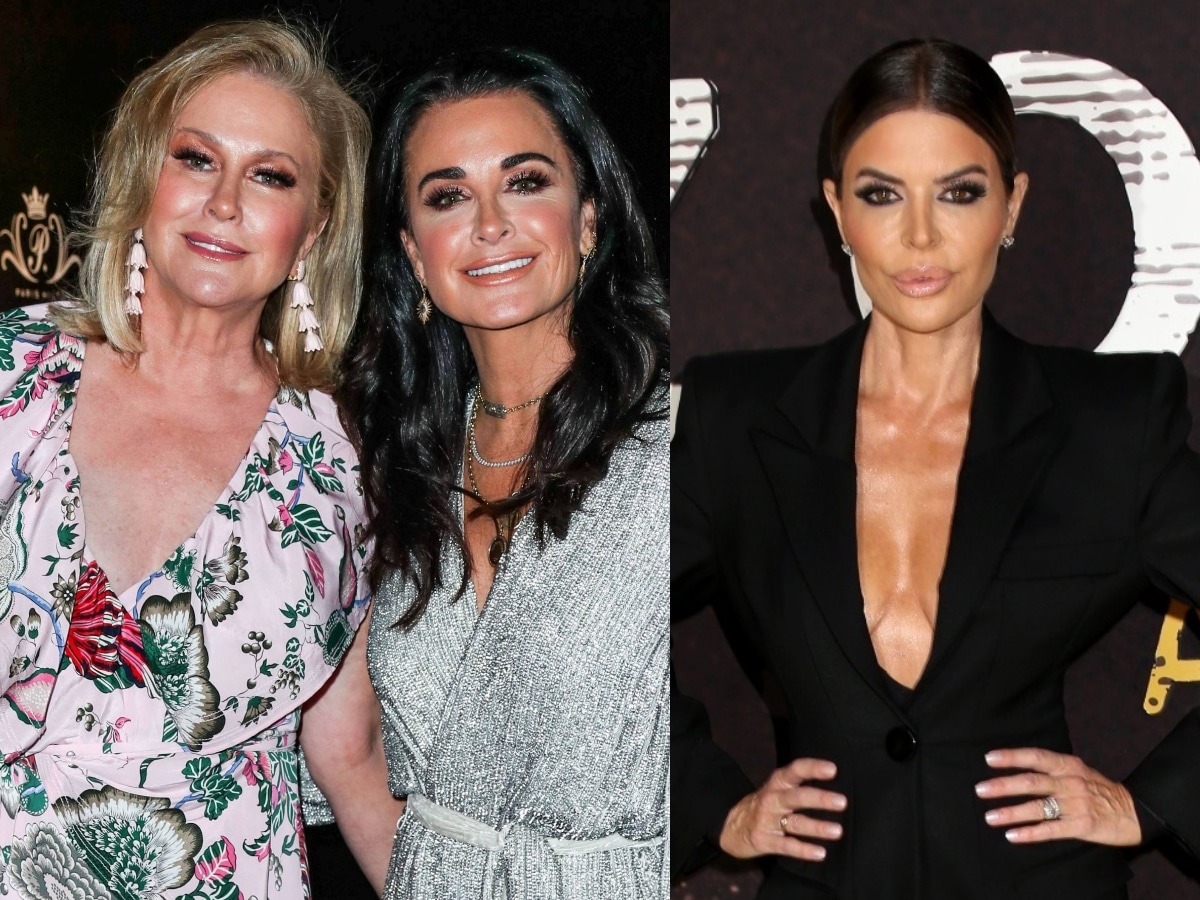 Kathy Hilton “repeatedly apologized” to Kyle Richards after saying things she “should not have said” about her sister amid production on the 12th season of The Real Housewives of Beverly Hills earlier this year.

As fans prepare to watch their drama play out on the remaining episodes of the season, Kathy looked back on the moments that followed their family tension before offering an update on where they stand today as Kyle spoke out about their dirty laundry being aired on Bravo.

“I said some things about Kyle that I should not have said. It was how I was feeling. I never said anything about Lisa. I said them to Lisa and it was off camera. I think she just was unhappy that I said anything,” Kathy told E! News’ The Daily Pop, via the Daily Mail. “And that’s her business.”

According to Kathy, she took “responsibility” after Lisa called her out on RHOBH, telling her, “You said something about this beautiful sister of yours. I’m sorry, Kathy. You’re not going to get away with it.”

“I was frustrated,” Kathy admitted, looking back. “I should not have said anything. And I did apologize and apologize. Thankfully, I’m now in a better place with Kyle.”

During a separate interview on Channel Seven’s The Morning Show, Kyle, who told her sister, “I feel like you hate me or something,” amid production, was asked if she ever feels that the show is “too much.”

“Yes, absolutely. But they’re following us around, they know what’s going on in our lives behind the cameras. And inevitably it always comes out,” she explained of the drama between her and Kathy, and her and the rest of the cast.

“But that is what it is. That’s part of the downside,” she added.

Kyle went on to say that it’s been “very difficult” when her tensions with Kathy and their other sister, Kim Richards, have ended up on the show.

“When my sister Kim [Richards] was on, it was great, and then it was awful,” she recalled. “It was one of the worst times on the show for me ever.”

“With Kathy,” she continued, “I was like, ‘It’s gonna be great, we’re gonna have fun.’ And we really did last season. And of course, something happened this season but we are sisters, we’re blood, so we’ll always come back together again at the end of the day.”