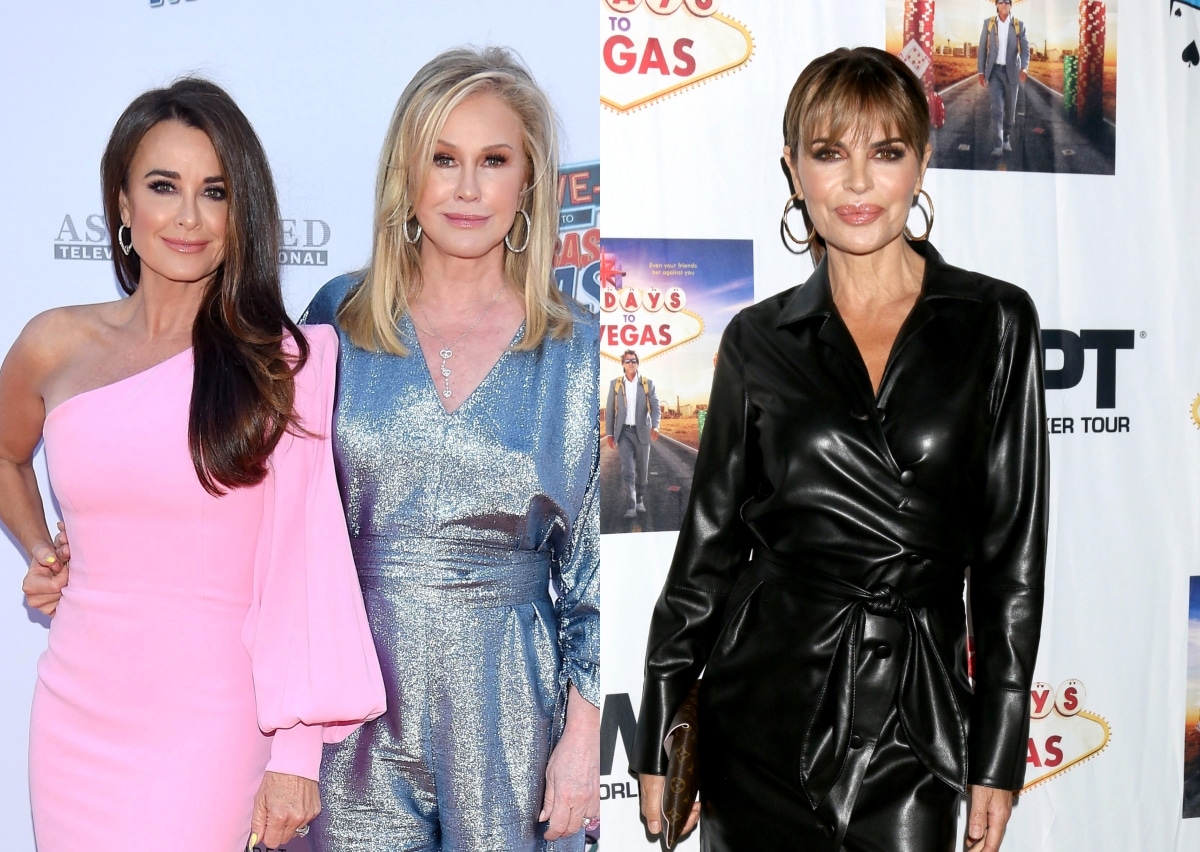 Kathy Hilton opened up about her relationships with sisters Kyle Richards and Kim Richards during a screening of the latest Real Housewives of Beverly Hills episode on Wednesday night.

Before sharing an update on how she and Kim have been getting along, Kathy addressed her season 12 feud with Kyle, admitting that she said “some things out of frustration.” She also reacted to Lisa Rinna‘s involvement in their on-screen tension, which is expected to play out in the coming episodes.

“We’re great,” Kathy told Entertainment Tonight of herself and Kyle at her Bel Air event. “You know, I had said some things out of frustration, that I was feeling personally.”

According to the report, Kathy and Kyle were allegedly involved in a confrontation after Kathy returned to Los Angeles from New York and was “tired, hungry and exhausted.”

“[I] said some things that I should not have said,” she confessed.

But in the months since, the sisters have put their drama, which Lisa was seen in the middle of in the RHOBH trailer, aside and moved forward.

Kathy is also in a great place with Kim, who attended her screening on Wednesday.

“That is a rumor I would like to clear up — Kim and I have never had a problem,” she stated. “I mean, like all sisters, we’ve had a little something here or there… but we get along very, very well.”

During an episode of Watch What Happens Live last month, Kyle was confronted by a fan who wanted to know if she felt Garcelle Beauvais‘s claims of being closer to Kathy than she was were “worse” than Lisa’s social media attacks on her sister (which included claims that Kathy paid a man $27,000 to spread negative stories about her).

“What Rinna’s talking about is stuff that’s happened on the show,” Kyle replied. “[But] it’s a very complicated situation and not a good situation for me to be in.”