After being accused of using a slur during a cast trip to Aspen amid production on The Real Housewives of Beverly Hills season 12, Kathy allegedly hired Patrick Somers to help her do some damage control by supposedly planting stories and harassing Lisa.

“I have tea. I just DMed with Patrick Somers, that kid that sent Rinna a text last weekend threatening her,” Your Moms Are Watching on Instagram shared on June 2. “Rinna then posted the text and the kid posted Rinna’s number and it became a big thing. Well, he just admitted to me KATHY HILTON PAID HIM TO DO THIS. …. Turns out he made everything up just to divert focus from the fact that Lisa was calling out Kathy for the slurs she made in Aspen.”

Following the post, Lisa reshared the message on her own page, saying, “Oopsie Daisy.” 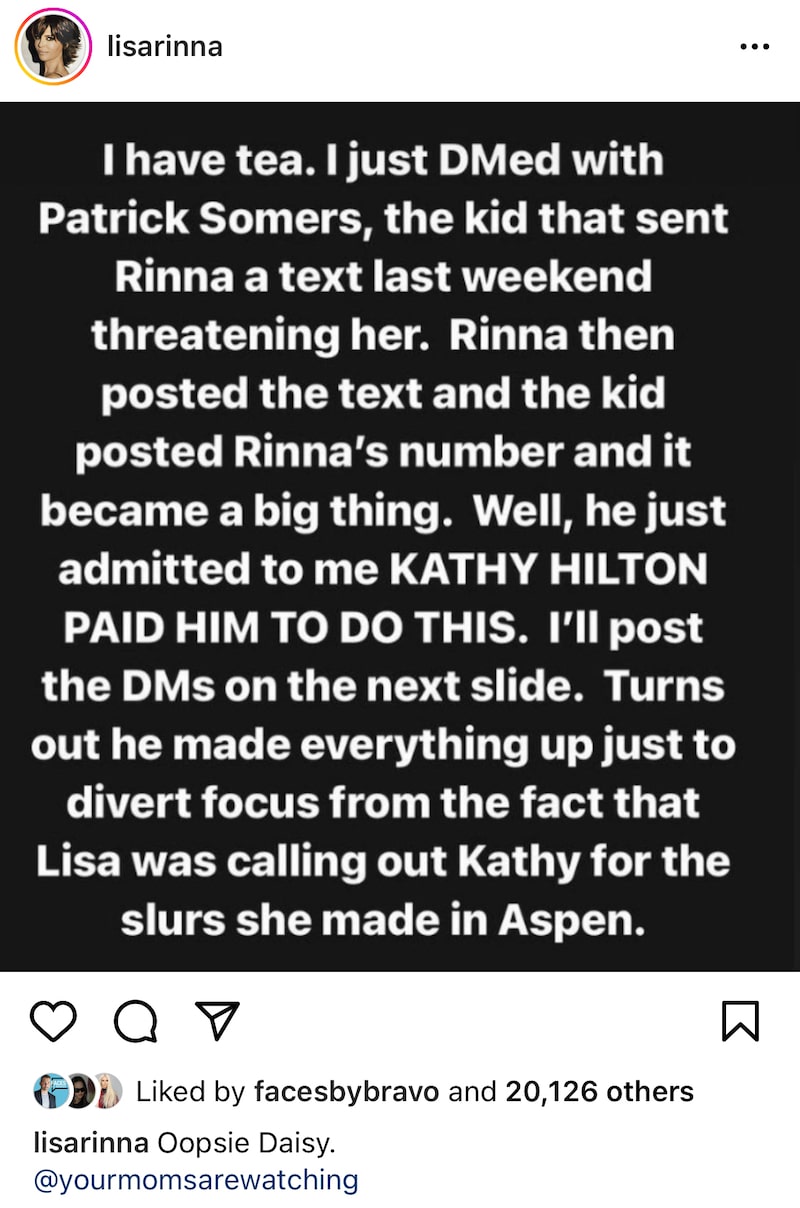 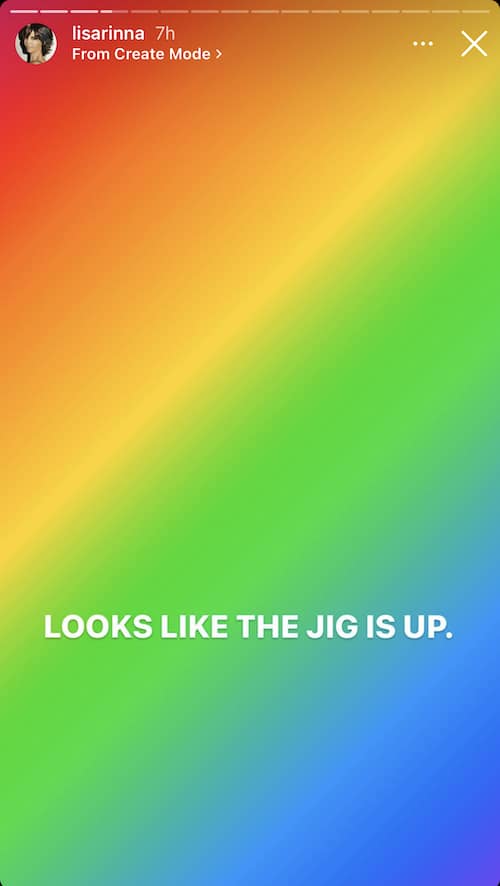 Your Moms Are Watching also shared a number of DMs she exchanged with Patrick, which can be seen in screenshots shared by Bravo Snark Side on Instagram.

In one, Patrick confirmed the person who paid him had a name that rhymed with “Milton.” 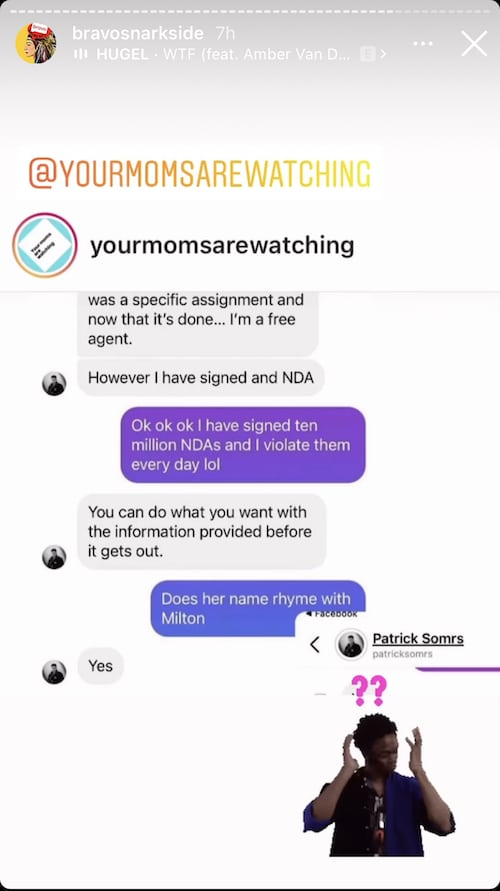 He then discussed his “one job” with this “client.”

“And that was to take attention away from the client I was representing. That’s my job,” he explained. 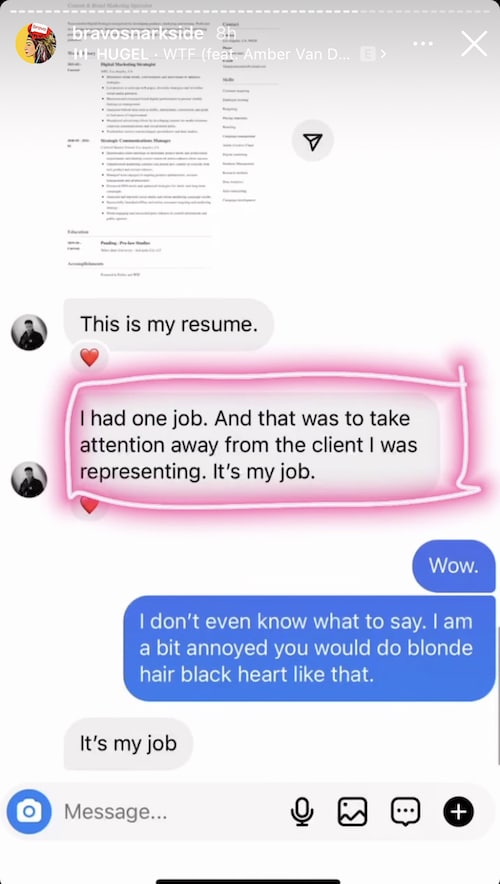 Following the drama, Patrick released a public statement on his Instagram page.

“My latest assignment was executed against Lisa Rinna. I never reveal a clients [sic] personal information per my NDA agreement,” the message read. “My latest marketing campaign was to draw attention away from my client.. That’s exactly what I did. All narratives associated with my latest campaign are false. I was compensated $27,527.72 for my work.”

“There is no lawsuit. No new reality show. And frankly I’ve never met Lisa Rinna,” he added.

Patrick also suggested it was “a coincidence” that he was being forced to provide the statement as the RHOBH cast, including Kathy and Lisa, attended the MTV Movie and TV Awards. 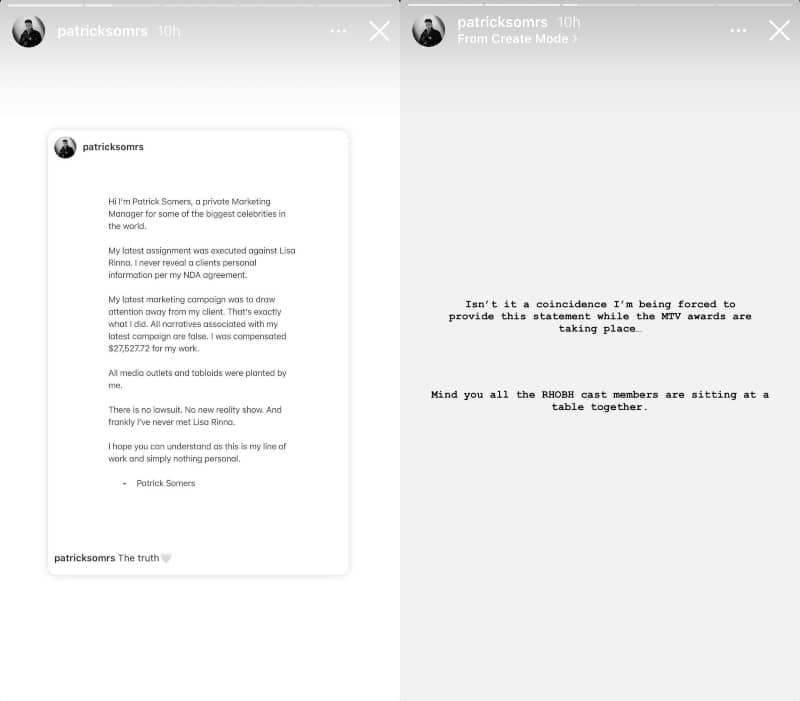 Amid the drama, a source close to Kathy spoke out, denying there was truth to Patrick’s story. 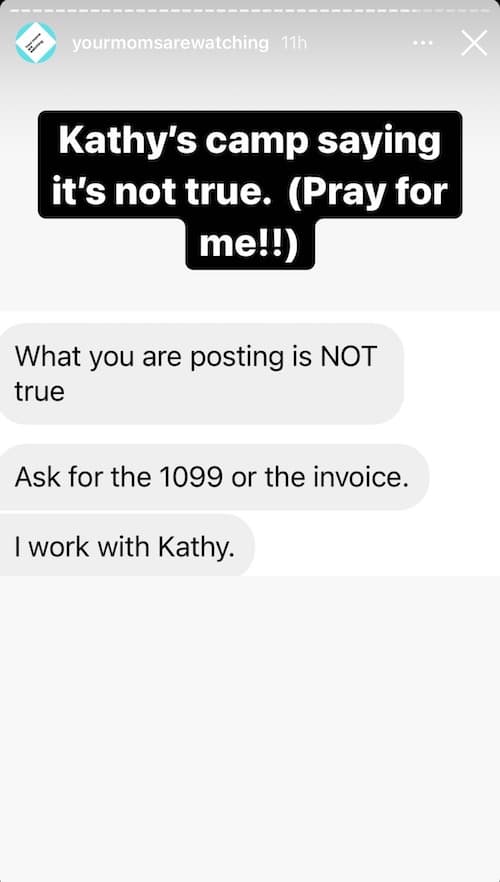