After being nominated for Best Docu-Reality Show, the ladies teamed up as presenters as a number of photos and videos of the nine of them were shared on social media — and a sneak peek at the upcoming second season of Real Housewives: Ultimate Girls Trip was aired on the big screen.

In clips shared by Real Housewives of New York City alum Bethenny Frankel, who received the Reality Royalty Award at the event, the RHOBH cast was seen on stage.

“I got the Beverly Chills…” Bethenny wrote in the caption of her Instagram Stories. 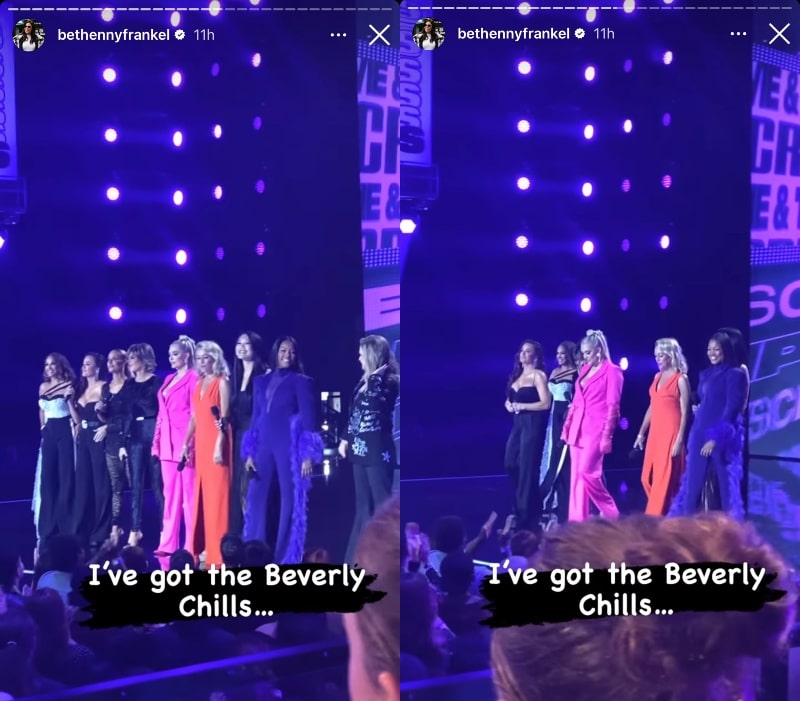 In another series of clips, Kyle was seen pretending to cry, wiping tears from her eyes as Garcelle looked on. 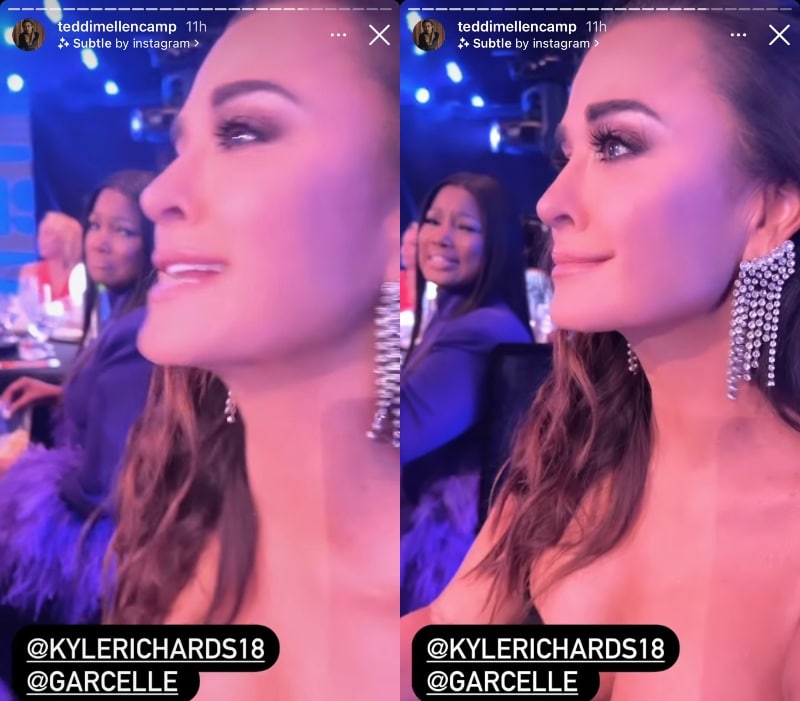 “I got nominated for an award!!! Thank you [MTV] for such a fun night!” Crystal declared in the caption of a photo slideshow shared on Instagram.

Crystal appeared to enjoy her night thoroughly, even getting up from her seat and doing a robot dance. 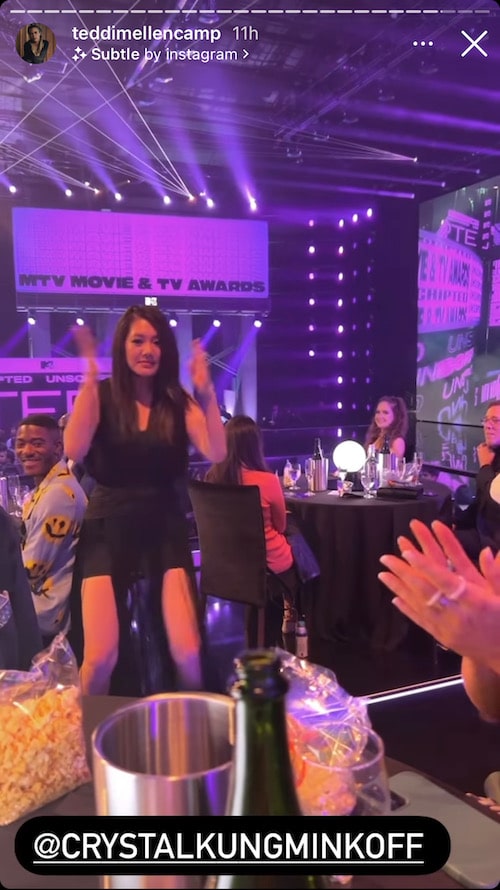 In a since deleted slideshow shared by Kathy, she was seen posing with daughter Paris Hilton, Kyle, Garcelle, and Bethenny.

Kathy Hilton at the MTV Awards with sister Kyle and in the middle of Bethenny and Ky— Garcelle ❤️ pic.twitter.com/XTJsWbDzjx

And despite their season 12 feud, Kyle and Kathy seemed to be on great terms as they sat beside one another at the awards show.

“Sisterly,” Bethenny captioned a video of their interaction. 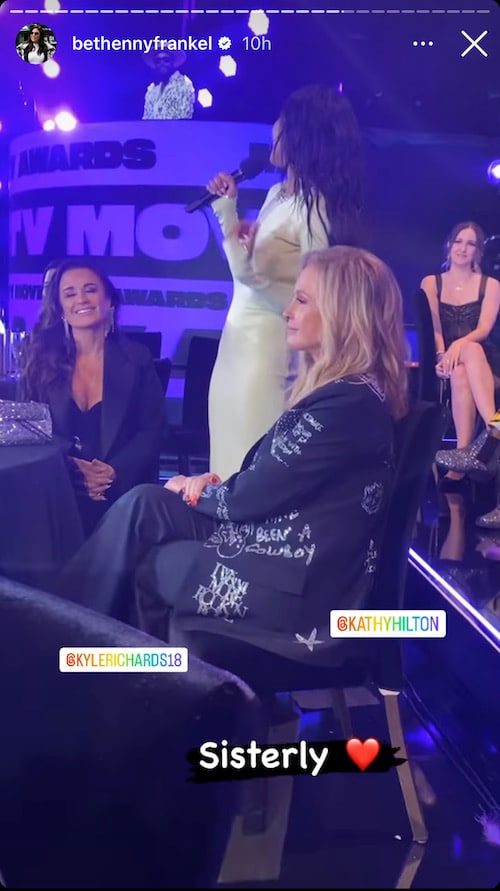 Teddi Mellencamp was also in attendance during Thursday’s show.

Also at the event, a sneak peek at Real Housewives: Ultimate Girls Trip season two, Ex-Wives Club, was shared, featuring a yelling match between Brandi Glanville and Taylor Armstrong, both of whom are former cast members of RHOBH.

“He just said it on camera to us,” Taylor tells Brandi.

“Can you shut the f-ck up for two seconds?” Brandi replies.

“Don’t talk to me like that!” Taylor fires back, calling Brandi a “f-cking b-tch.”

Reflecting in a confessional, Brandi tells cameras, “Taylor is literally yelling at me. But, all I can think about in my head is that stupid cat meme.”

As RHOBH fans will recall, an image of Taylor screaming at her co-stars went viral years ago. The image was edited with another photo, which made it look as if she was yelling at a cat.

“I’ve taken your sh-t for far too long!” Taylor continues to yell as the scene goes on.

In a confessional of her own, Real Housewives of Atlanta alum Phaedra Parks says Taylor and Brandi are “batsh-t crazy.”

“Me and [Eva Marcille] are the sane ones,” she adds. “These women are nuts.”