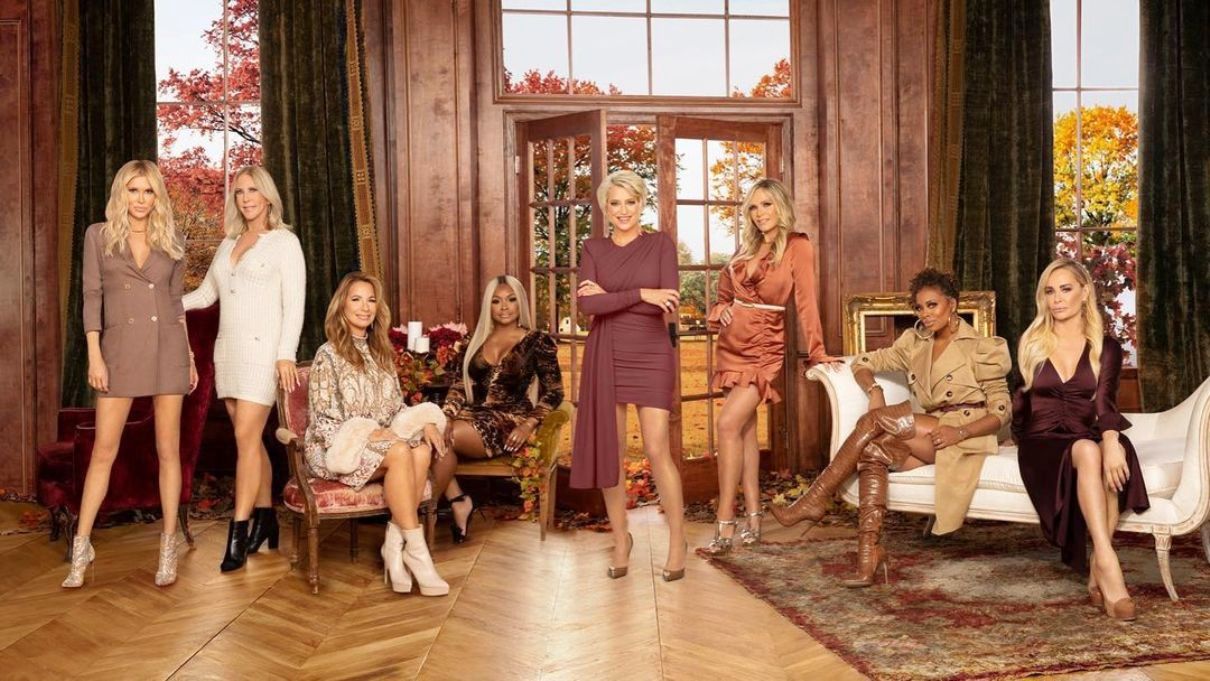 The Real Housewives: Ultimate Girls Trip is back — but it’s a little bit different this time around.

“Bluestone Manor is a very special place. If you enter those doors, something happens,” Dorinda notes of her Berkshires mansion in the trailer, which was shared by Bravo’s The Daily Dish on May 4.

“Why did I just realize that none of us are no longer on any of our shows?” Eva quickly asks.

As the cast embarks on a series of adventures, including pajama parties, games on the lawn of Dorinda’s home with boxes and balloons, a hot air balloon ride, canoeing, and even an apparent “naked party,” which is suggested by Brandi, Tamra warns that the Berkshires should prepare itself.

“We are destroying this town,” she states.

“Where do you have to go to whoop it up around here?” Vicki wonders.

But as expected, it’s not all fun and games for the former Housewives. In fact, drama erupts quickly between the group as Dorinda warns, “When my bubble bursts, I burst back.”

She and Vicki appear to butt heads throughout the trailer, with Vicki stating, “Birds of a feather flock together. I’m not flocking with that bird.”

Brandi and Tamra also go to bat, at least initially.

“Shut the f-ck up,” Brandi tells Tamra as they sit at a dinner table.

“No you shut the f-ck up!” Tamra fires back.

Just as production began on the new episodes last September, Vicki split from her now-married ex-fiancé, Steve Lodge, which understandably became a hot topic during filming. In fact, it was such a hot topic that her castmates got sick of hearing about it.

“I won’t tell you anything anymore about my relationship. How’s that?” Vicki tells the ladies after the issue was brought to her attention.

Dorinda and Jill appear to have some drama as well.

“I was on a show that you were no longer on,” Dorinda informs her co-star.

“I can’t do this,” Jill later cries as Taylor tells someone not to “be a liar.”

Later in the trailer, Phaedra recalls “fighting about stuff I did” as Vicki is shot down by Eva.

“There’s a lot of conflict going on with eight women,” Vicki shares.

“The only conflict is you,” Eva claps back.

At the end of last year, while appearing on The Daily Dish podcast, Andy Cohen, who is an executive producer on the series, discussed the new spinoff.

“My dream cast crossover is also the twisted fantasy that is Season 2 of Ultimate Girls Trip, to be honest with you. Phaedra, Vicki, Brandi Glanville, Dorinda… I mean, [they] are all at the Berkshires, so this is a group of wildly different people. It may be too twisted for words, we’ll see, but that was really exciting for me,” he teased.

The Real Housewives Ultimate Girls Trip: Ex-Wives Club begins streaming three of the season’s seven episodes on Thursday, June 23, on Peacock. Then, each remaining episode will be dropped, one by one, on every Thursday thereafter.