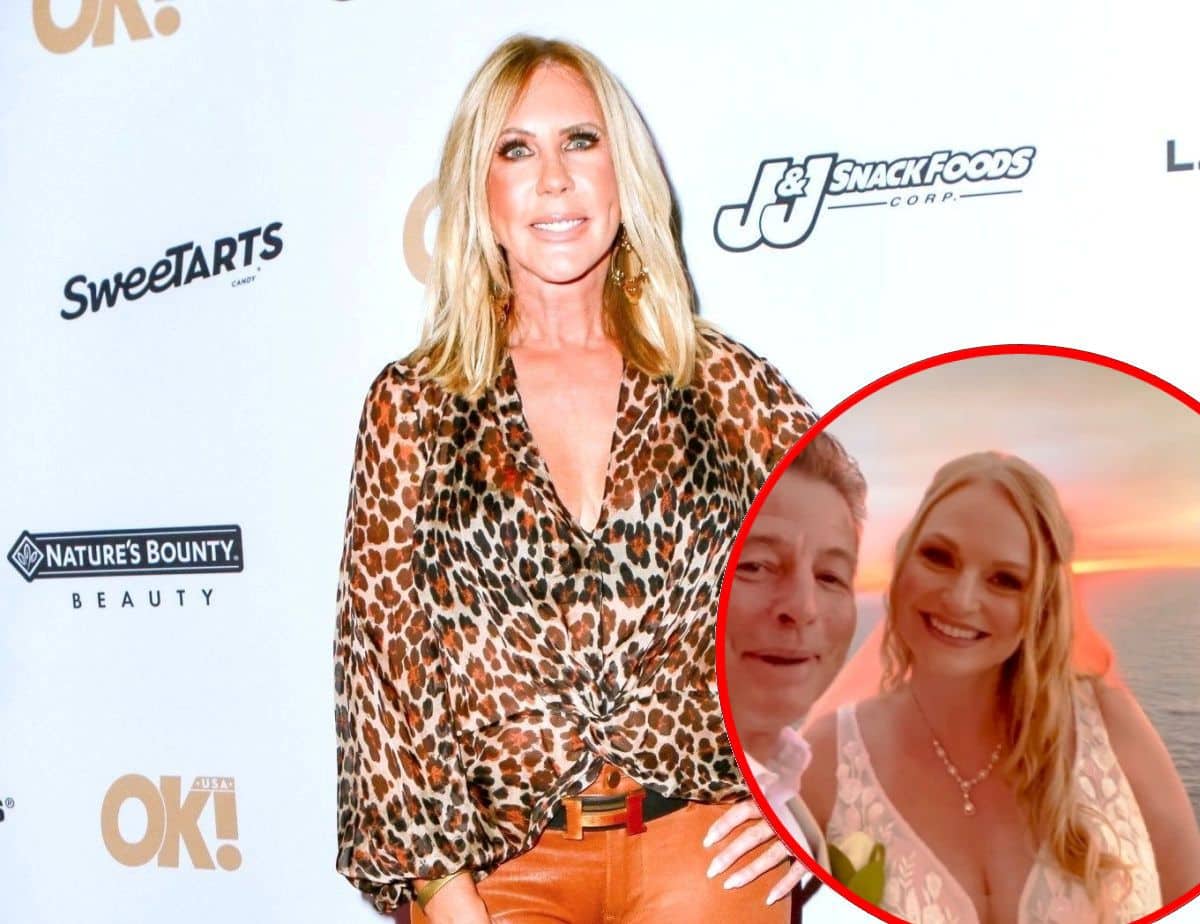 Four months after announcing his engagement to Janis Caplan, 37, who he began dating at the end of last year, around the time his split from the Real Housewives of Orange County cast member was made public, Steve took to his Instagram page, where he announced that he and Janis are now “Mr. and Mrs. Steve Chavez Lodge.”

“Perfect weather, spectacular view, wonderful guests, memorable ceremony, sensational food and plenty of wine; And of course my beautiful wife. All made for an incredible wedding. Thanks to all that helped make it one of a kind. We are now, Mr & Mrs Steve Chavez Lodge,” Steve shared on Monday, April 11, along with a video of himself and his new bride.

“We are married,” Steve continued in his video.

In addition to expressing her disdain for Steve on a number of occasions since their relationship came to an abrupt end as she filmed the second season of Real Housewives: Ultimate Girls Trip, Vicki has taken aim at his now-wife, claiming she’s nothing more than a “stalker” on Brandi Glanville‘s podcast.

“She loves me and she loves the show,” Vicki stated. “He’s 63 and a half years old. My God. What the hell does she want from a grandpop? I do think she’s very hung up on the fame that I gave Steve. She thinks he’s famous.”

Vicki has also shaded their relationship by suggesting that it actually began prior to her and Steve’s split.

“He used me, he lied to me, he’s been dating a 36 year old and is not what he portrays himself to be. No Christian man would do what he’s done,” Vicki told a fan on Instagram, who noted that Steve “seemed so wholesome” and asked, “what did he do?”

In response to Vicki’s allegations against him, Steve said on Instagram that Vicki was struggling to accept the end of their relationship and noted that the two of them hadn’t been in “an intimate relationship since September of 2020.”

“The absolute lies she is now spreading on social media is very disappointing and disingenuous, to say the least, but I can not say I’m surprised,” he added.