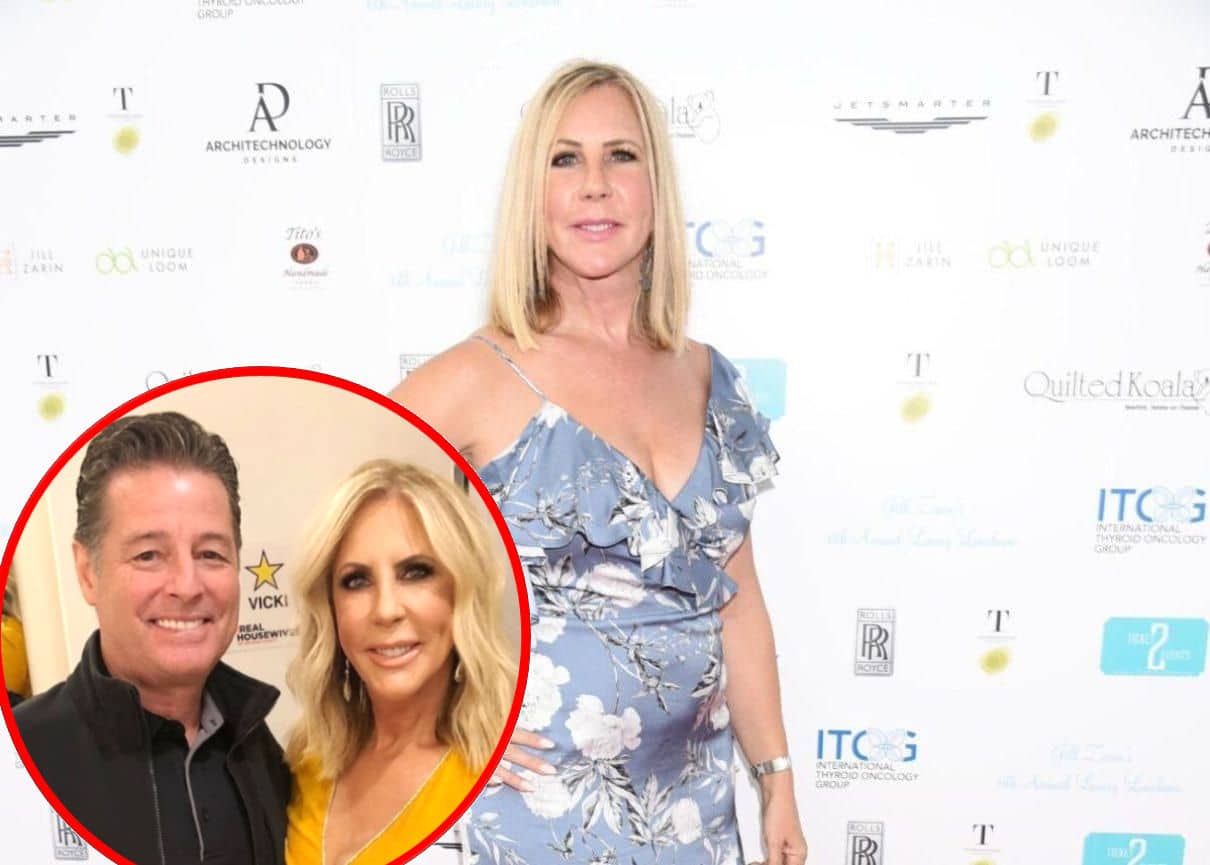 Vicki Gunvalson officially confirmed her split from Steve Lodge with a post on Instagram on Wednesday night.

After numerous outlets revealed that her two-year engagement had come to an end, the Real Housewives of Orange County alum took to her social media page, where she shared a series of messages with her fans and followers, including a statement about why she and Steve decided to break up.

“This is what appeared for today’s ‘Vibe of the day’ … pretty appropriate for what I’m going through,” Vicki began in her September 29 statement, which included a meme.

“Once you decide you want a good life, The Universe will start moving things for you to have it, the people you need will appear, the healing you need will happen, the doors you need open will unlock. Once you truly, sincerely decide, miracles will happen,” the meme read.

According to Vicki, she waited to release a public statement about her split because she wasn’t initially ready to address the end of her and Steve’s relationship. However, after the press began writing about the topic, she decided to come forward.

“The rumors are true. The time has come for Steve and I to move forward or move on and we are …. moving on,” she wrote. “There is no fault with either person, we are just going in different directions. I wish him the best life has to offer and to be happy, and he has wished the same for me. I gave it my all, but sometimes the ‘ALL’ isn’t enough.”

Also included in the former RHOC star‘s post was a second meme, which included a photo of a rope and read, “Sometimes, holding on does more damage than letting go.”

Following the sharing of her Instagram post, Vicki took to her Story, where she admitted to struggling with her post-split thoughts and said she was praying for peace.

“I should be sleeping, but my mind won’t shut off. I have a long day again tomorrow including a seminar at night that I’m hosting,” she explained. “One thing that people know about me is I don’t like changes. Lifting my thoughts up to God while I journal and pray for peace.” 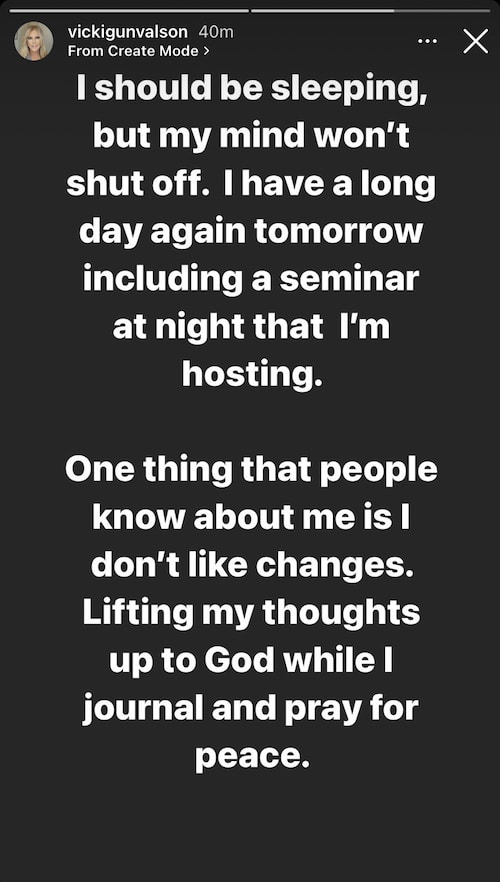 Vicki appeared as a full-time housewife on the first 13 seasons of The Real Housewives of Orange County and as a part-time “friend” on season 14.

She is expected to be featured on the second season of Real Housewives: Ultimate Girls Trip sometime next year.