Home Real Housewives of Orange County News RHOC: Vicki Gunvalson and Steve Lodge Unfollow Each Other on Instagram Amid Break Up Rumors, Have They Called Off Their Engagement?

RHOC: Vicki Gunvalson and Steve Lodge Unfollow Each Other on Instagram Amid Break Up Rumors, Have They Called Off Their Engagement? 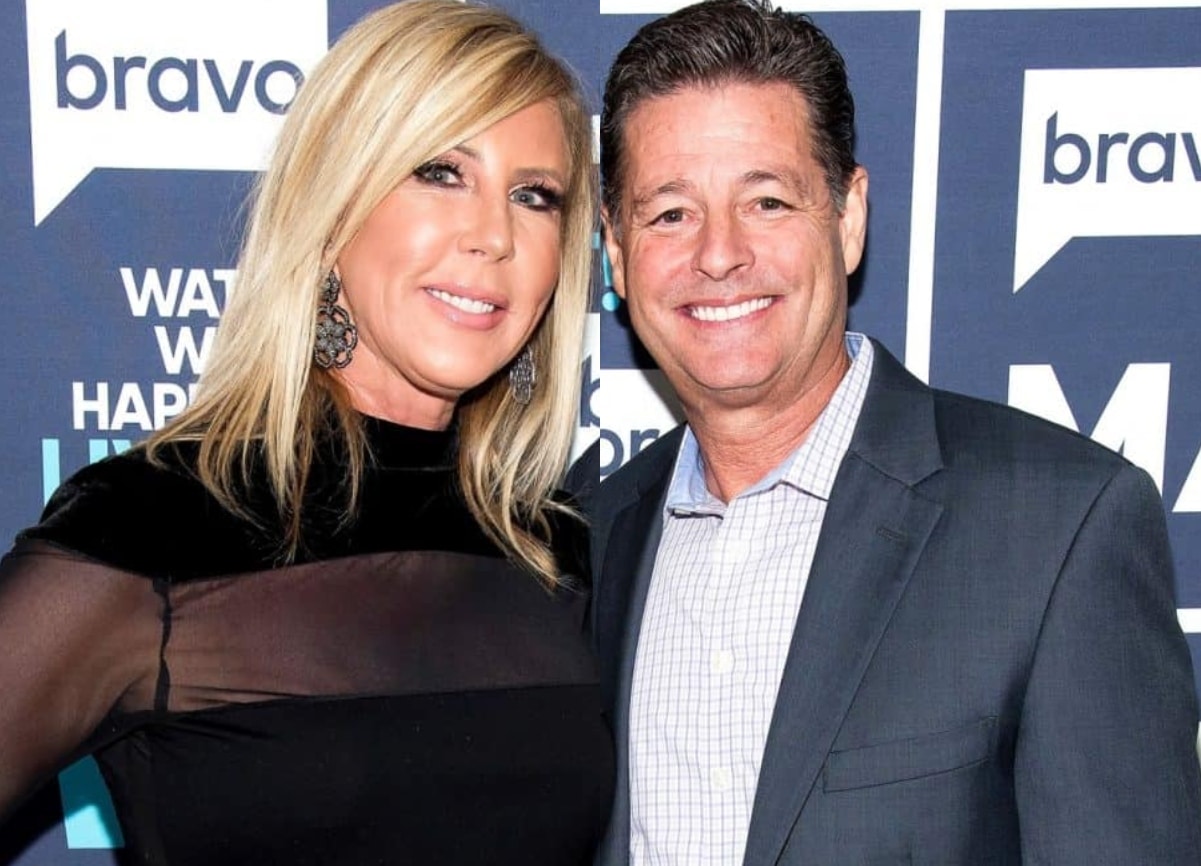 Vicki Gunvalson and Steve Lodge have unfollowed one another on Instagram.

Following breakup rumors earlier this week, the Real Housewives of Orange County alum appeared to reveal that she and the aspiring politician, who recently lost his bid to become the governor of California, have parted ways after a two-and-a-half-year engagement.

“Vicki Gunvalson and Steve Lodge have reportedly split!” the Real Housewives Franchise wrote on Instagram on September 27. “After recent reports that the two went their [separate] ways, they seemingly confirmed it on social media, as they have both unfollowed each other recently.” 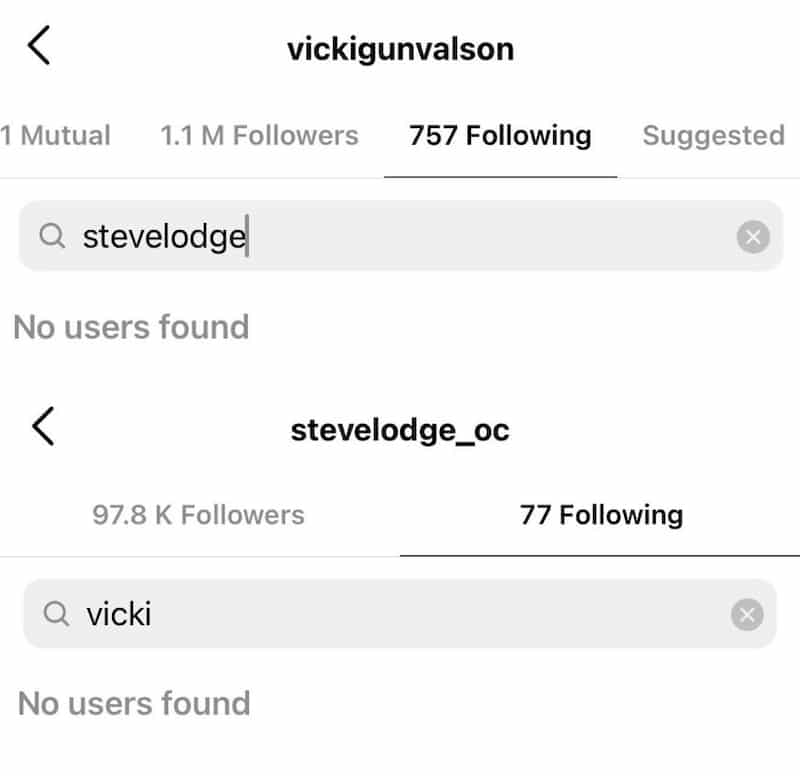 Prior to the unfollowing, Vicki’s fiancé was targeted with a messy rumor on Deux Moi on Instagram, which was reshared by Blocked by Jax on Monday.

In the report, it was alleged by the Queens of Bravo that Vicki and Steve’s supposed split would be discussed during the Real Housewives: Ultimate Girls Trip season two, which began filming in The Berkshires earlier this month. Then, in a second snippet, Steve was accused of making out with other women and compared to the former spouse of Luann de Lesseps.

“Steve Lodge can regularly be seen at the local Coto De Caza bar/restaurant Hanna’s making out with women who are not Vicki,” an unnamed source wrote. “According to the bartender, there’s no way that he and Vicki can still be engaged since he’s there every night by himself with a different woman. However, Vicki still continues to [wear] her ring in recent posts. Maybe they have an open relationship or maybe he’s just the [Tom D’Agostino Jr.] of the West Coast and Hanna’s is his Regency.” 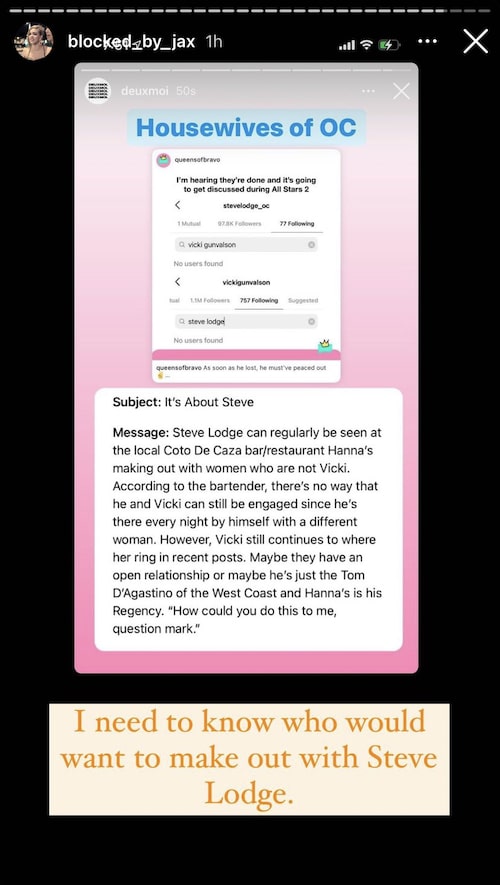 Although Vicki and Steve were not following one another as of Monday, the Real Housewives Franchise fan page has since offered an update that seems to suggest the couple might still be together.

“Vicki has [re-followed] Steve, but Steve still doesn’t follow her,” they shared.

Around this time last year, rumors of a potential split between Vicki and Steve began swirling due to another episode of unfollowing. However, at the time, the former RHOC cast member assured Us Weekly that she and Steve hadn’t split, claiming they “don’t follow each other on social media and haven’t for a long time.”

“[We] live together and live a very private romantic life,” Vicki added.

Months later, Vicki addressed the fact that she and Steve are often in either different states or different countries.

“We’re not together a lot because he’s in Mexico more than he’s home. We bought a condo in April and he’s not been back much so I go down and see him all the time,” Vicki explained on an episode of S’More Date.