Home Real Housewives of Orange County News PHOTOS: Real Housewives All Stars Season 2 Begins Filming in the Berkshires as Vicki, Tamra, and Brandi Deem Themselves as the New “Tres Amigas”

PHOTOS: Real Housewives All Stars Season 2 Begins Filming in the Berkshires as Vicki, Tamra, and Brandi Deem Themselves as the New “Tres Amigas” 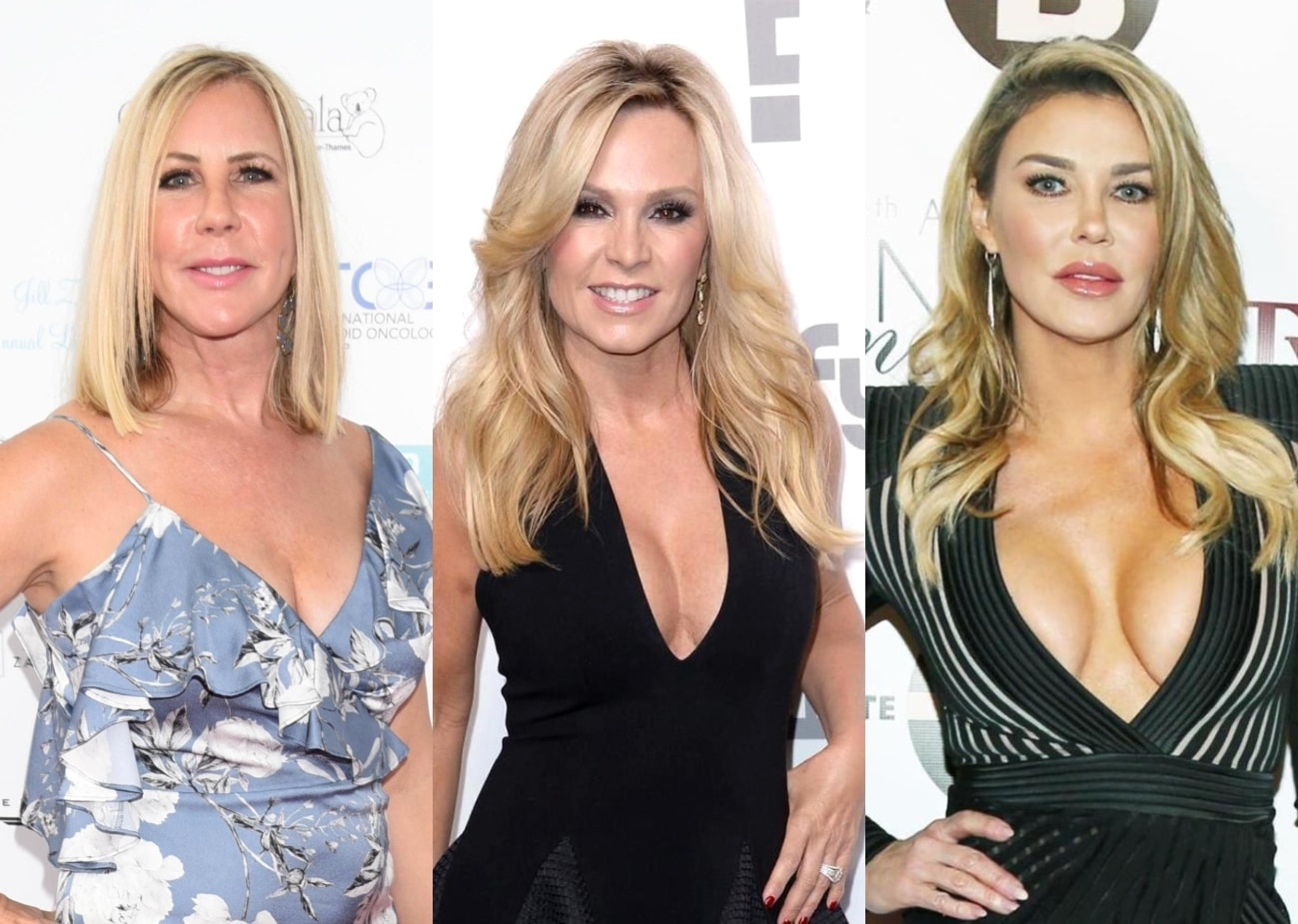 The Real Housewives: Ultimate Girls Trip season one was filmed this past spring and has yet to receive an official premiere date. However, despite the fact that fans have not yet seen the new series’ first installment, Peacock is already in the works on season two. In fact, the season two cast was spotted filming in the Berkshires over the weekend.

A post shared by The Real Housewives: All Stars (@therealhousewivesallstars)

One day prior, the same account shared another series of photos.

A post shared by The Real Housewives: All Stars (@therealhousewivesallstars)

Also on Instagram, Dorinda, who left her role on The Real Housewives of New York City in August 2020, shared a photo of herself in a Great Gatsby-style gown and feathered fan.

“Let’s do this? You know,” she wrote in the caption of a September 19 photo.

Meanwhile, Vicki and Tamra, both of whom left The Real Housewives of Orange County in January 2020, shared photos on their Instagram Stories, one of which appeared to feature a film crew member in the background. 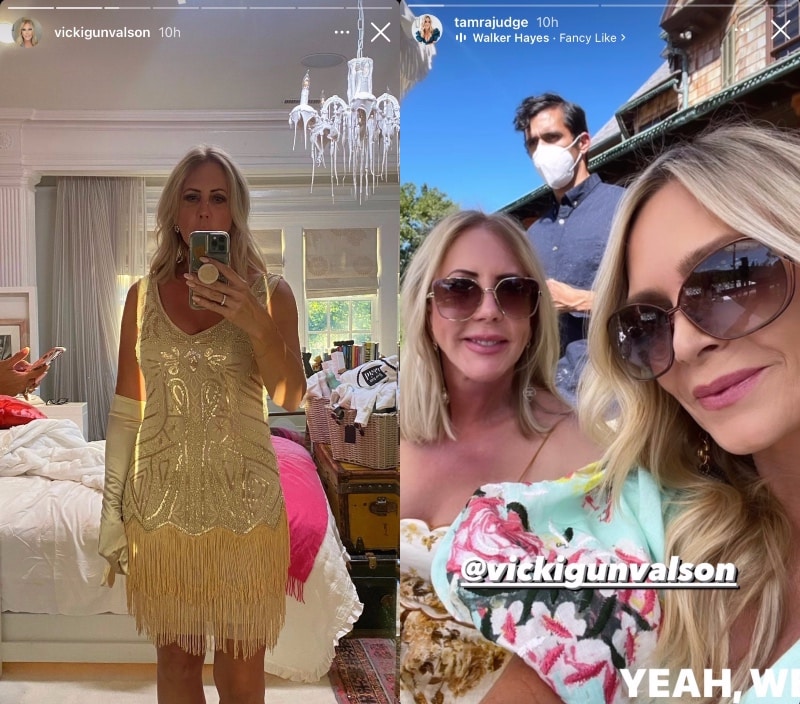 In another couple of photos shared by Vicki on Sunday night, she and Tamra cuddled with one another on a couch as they were joined by Brandi Glanville, who feuded with Tamra on social media. 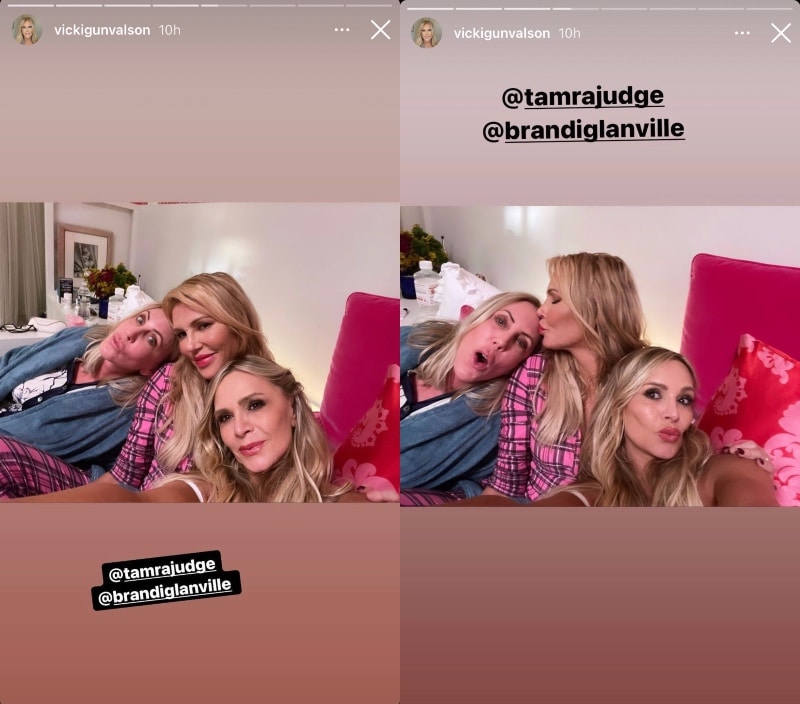 Following the sharing of Vicki’s posts, Tamra seemingly threw some shade at their former friend Shannon Beador by naming Brandi, of The Real Housewives of Beverly Hills, as their third “Tres Amigas.”

As RHOC fans well know, Vicki, Tamra, and Shannon called themselves the “Tres Amigas” on the show before suffering a falling out with one another earlier this year after Vicki and Tamra’s exits from the show.

According to the Real Housewives Franchise on Instagram, filming will continue on season two until Wednesday.