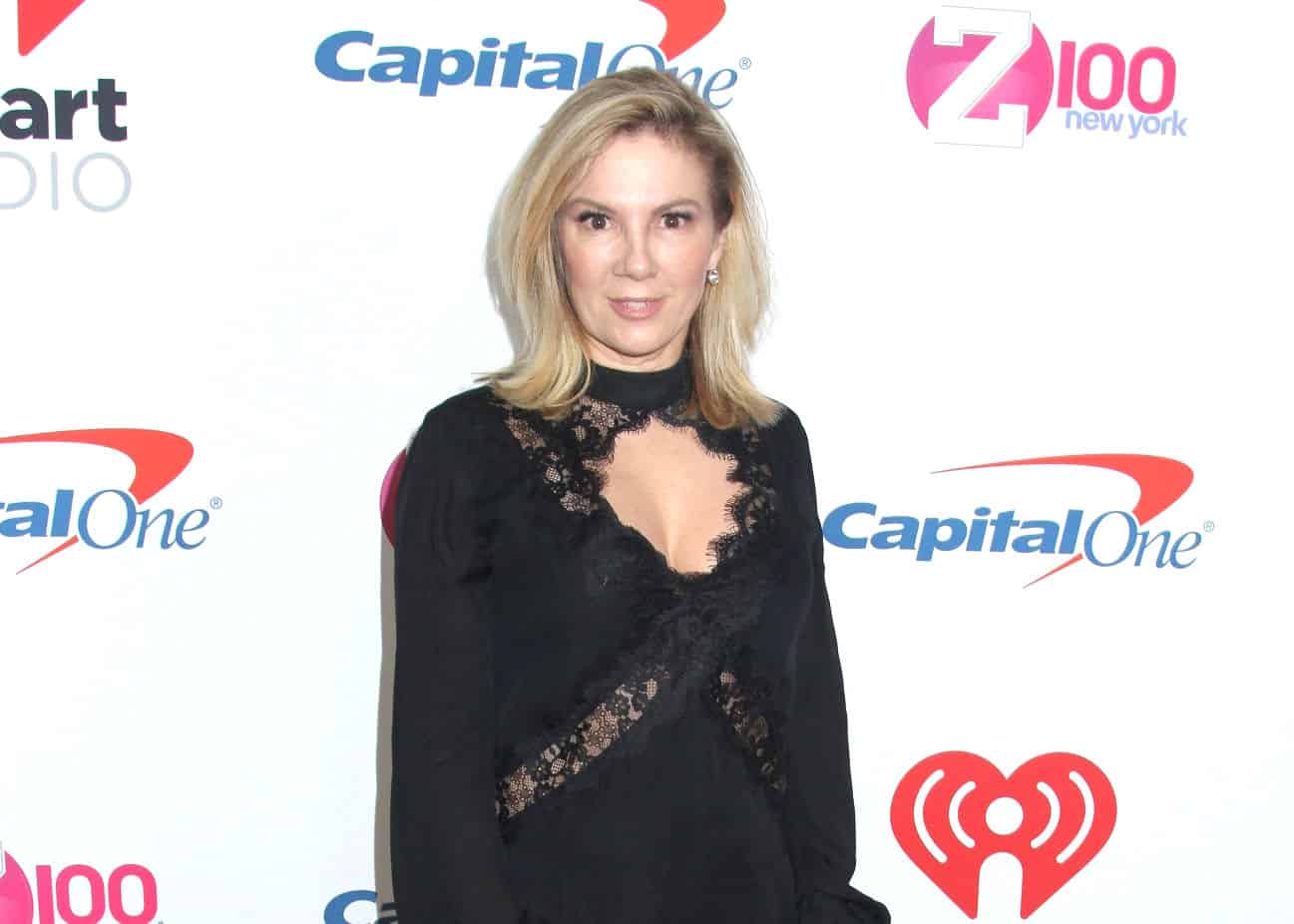 Ramona Singer reacted to the swirling rumors regarding her potential firing from the Real Housewives of New York City cast on Instagram on Monday night.

After it was suggested that Bravo was parting ways with the OG due to her high salary and inability to “get with the times,” Ramona responded to a couple of fans on Instagram who hoped the report about her being booted from the series was untrue.

“Ramona… please tell me the rumors are not true,” the first fan wrote. “You are the SOLE reason RHONY has thrived for over a decade and you are not the reason the show is in a slump WHATSOEVER and don’t let anyone tell you otherwise. You are a shining star forever and always. The fan base is behind you and we need you to help SAVE THIS SHOW!”

In response to the message, Ramona posted a red heart emoji in a comment. 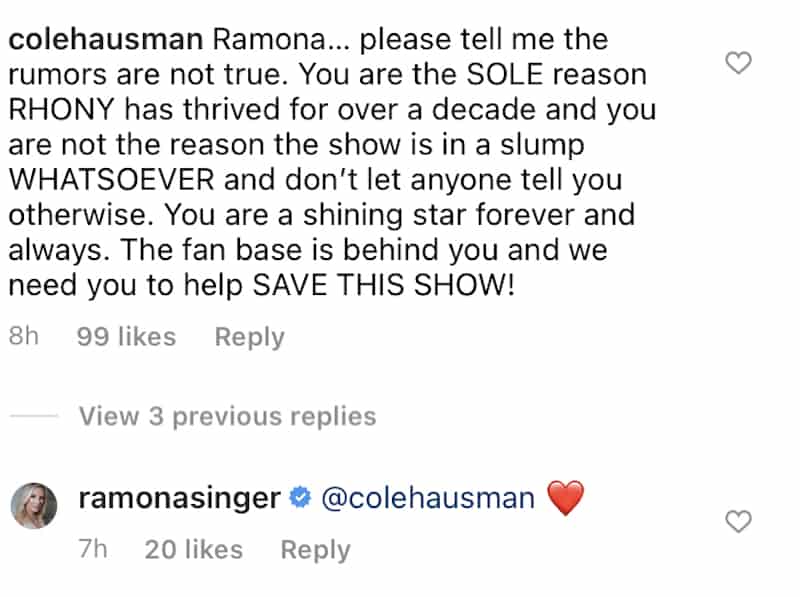 Another fan told Ramona they “can’t wait to watch” her in Peacock’s upcoming Real Housewives: All-Stars special and said they didn’t believe the recent report regarding Ramona’s bad behavior.

“I don’t care what anyone says Ramona is great entertainment and I have always loved watching you,” the person stated. 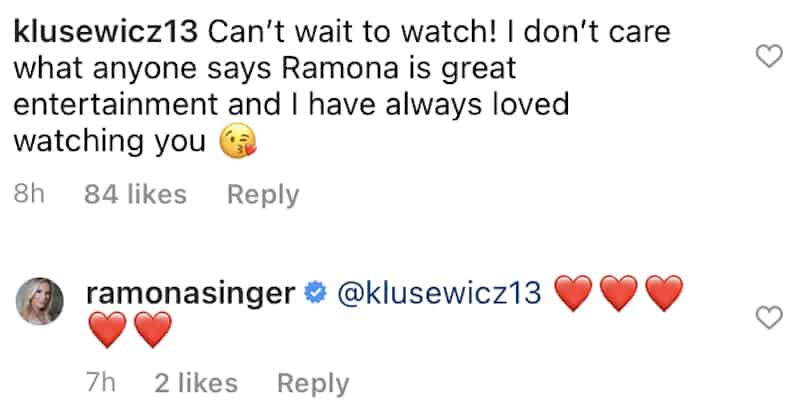 Also on Instagram, after sharing a group photo of the Real Housewives: All-Stars cast, which includes Teresa Giudice, Melissa Gorga, Kyle Richards, Cynthia Bailey, Kenya Moore, Luann de Lesseps, and herself, Ramona responded to a fan who wanted to know when the new show would begin airing.