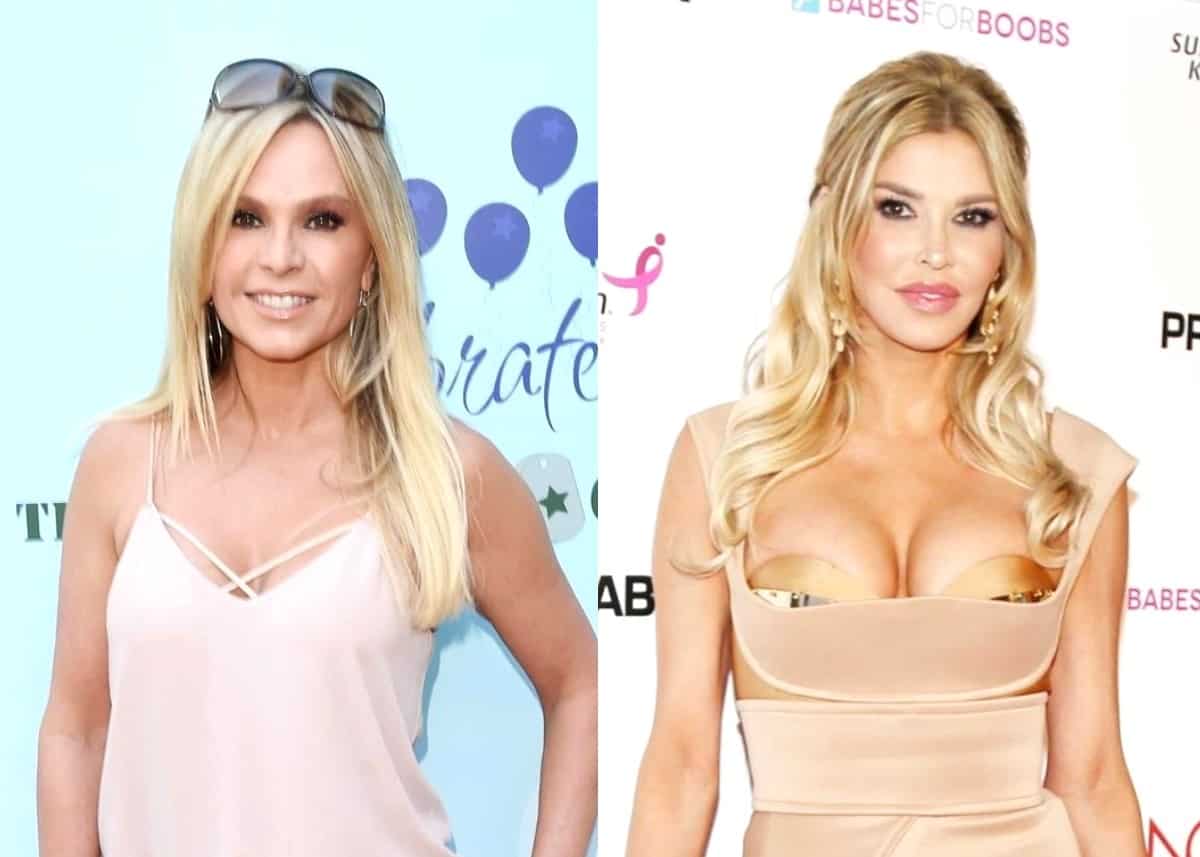 Tamra Judge is fighting back against claims Brandi Glanville made during the latest episode of her podcast, Unfiltered.

After hearing that the Real Housewives of Beverly Hills cast member had accused her and Vicki Gunvalson of calling Andy Cohen an “ageist” who fired them for being too old for The Real Housewives of Orange County, Tamra denied saying any such thing before lashing out at Brandi for her “ignorant” attack.

“I DID NOT say Andy fired me due to my age,” Tamra told CELEB magazine on September 28. “That is just ridiculous since [Shannon Beador] is older than me and still employed.”

“This is just another one of Brandi’s ignorant attacks. Last year on her podcast she said that I ‘don’t see my granddaughter’ and I have a ‘mental condition.’ Both of those statements are NOT true, either! I refuse to sit back while this woman continues to spread lies, lies, [and more] lies,” Tamra continued, giving a nod to her 2019 feud with Brandi.

Brandi also said during the podcast episode that Tamra and Vicki, who left RHOC in January, had told their entire stories.

“I wasn’t filming a story, I was sharing my life,” Tamra said in response to the claim. “I gave a lot to Bravo and the viewers in the past 12 years and am thankful for my time on The Real Housewives of Orange County.”

“Maybe if Brandi stopped ‘telling stories’ shed [sic] get the diamond she so desperately wants,” Tamra added. “If she actually listened to the Podcast I did, my exact comment was referring to new housewives that have been hired. [It had] nothing to do with age discrimination or why I got let go.”

Tamra also confirmed that she touched base with Andy after Brandi’s allegations were made.

“He knows I never said that,” she shared.

On Brandi’s podcast, the RHOBH star said Tamra and Vicki claimed Andy is “an ageist” who went “against them because they got too old.”

In response, Andy, who was a guest on her show, reminded listeners that The Real Housewives of New York City star Ramona Singer, 63, is five years older than Vicki. He also said he didn’t like the ladies’ supposed remark.

“We just felt [RHOC] needed some new air,” he explained.