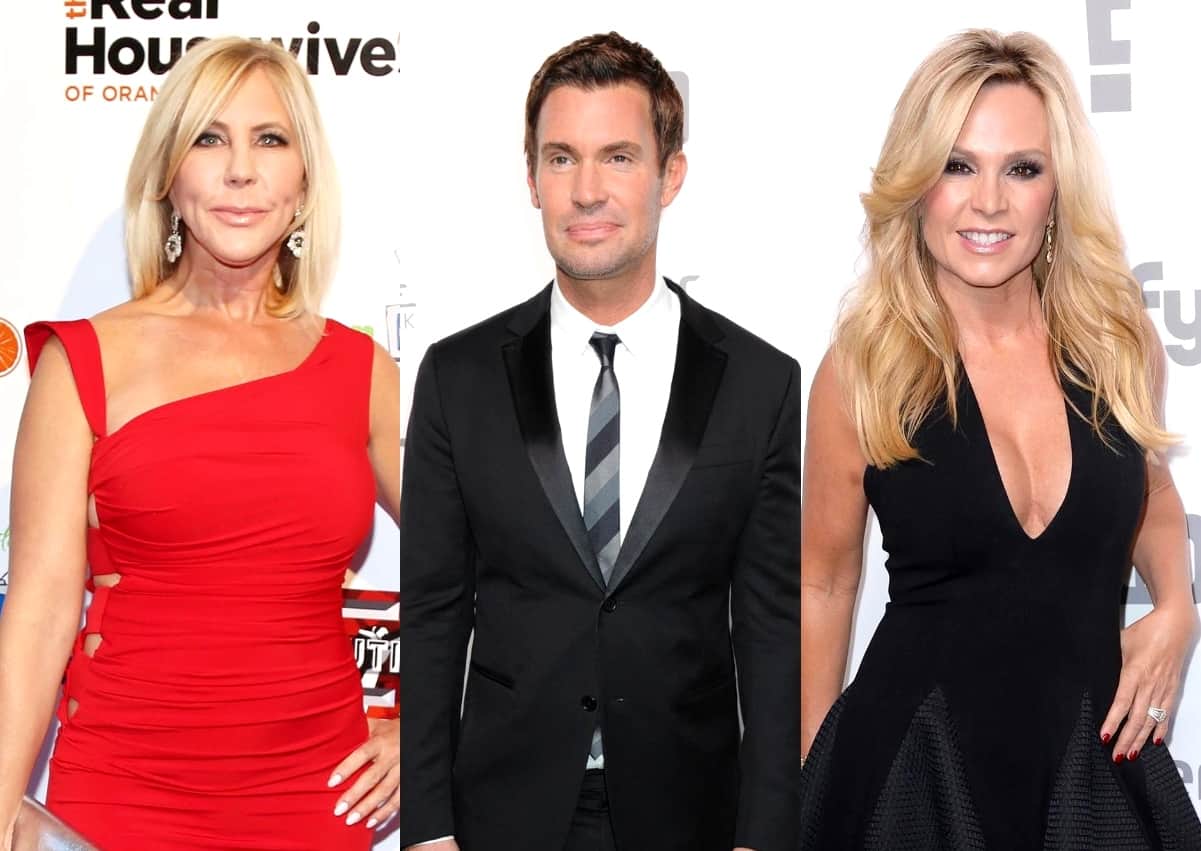 Vicki Gunvalson spoke to Tamra Judge about her feud with Jeff Lewis during the most recent episode of her podcast.

While also chatting about her and Steve Lodge‘s new condo in Puerto Vallarta, Mexico, the former Real Housewives of Orange County cast member attempted to explain her drama with the Flipping Out star before Tamra took aim at Bravo for “using” Vicki during the show’s 14th season last year.

“I did Jeff Lewis’ radio show,” Tamra revealed to Vicki on Whoop It Up with Vicki on March 19. “He said he wants to make amends with you.”

After revealing that Jeff “hates” her as Steve shook his head at the idea of a reunion between them, Vicki admitted that she doesn’t know what she and Jeff were fighting about.

“We were fine. We were on Watch What Happens Live together and then a month later, he started bashing me about a storyline that was on the season,” Vicki explained. “I’m like, ‘What in the world are you talking about? You don’t even know the truth.’ It was very strange.”

As RHOC fans may recall, Vicki accused Jeff of fat-shaming her in 2018. A short time later, Jeff claimed Vicki attempted to have him fired by Bravo.

As she and Steve consider when and where they will wed, they’re also preparing to close on their new condo.

“We have a new condo we’re closing on at the end of the month and it has a hot tub on the corner overlooking Puerto Vallarta,” Vicki revealed, noting that she purchased the home with all cash.

“If sh*t hits the fan in Coto or prices go up, I’ll move my a** to Puerto Vallarta. I’ll have a computer there, I’ll be able to do my podcast from there. I think it’s going to be really fun,” she continued.

As for Tamra’s thoughts on Vicki’s season 14 demotion, she believes her friend was used by producers, who included her in much of the series but failed to pay her in the way she deserved to be paid. Tamra then noted that when it came to her own potential demotion, she wasn’t willing to allow herself to be used as Vicki had.