by Sola Delano May 19, 2018 75 comments
ShareTweetWhatsappPinterestRedditTumblrMailFlipboard 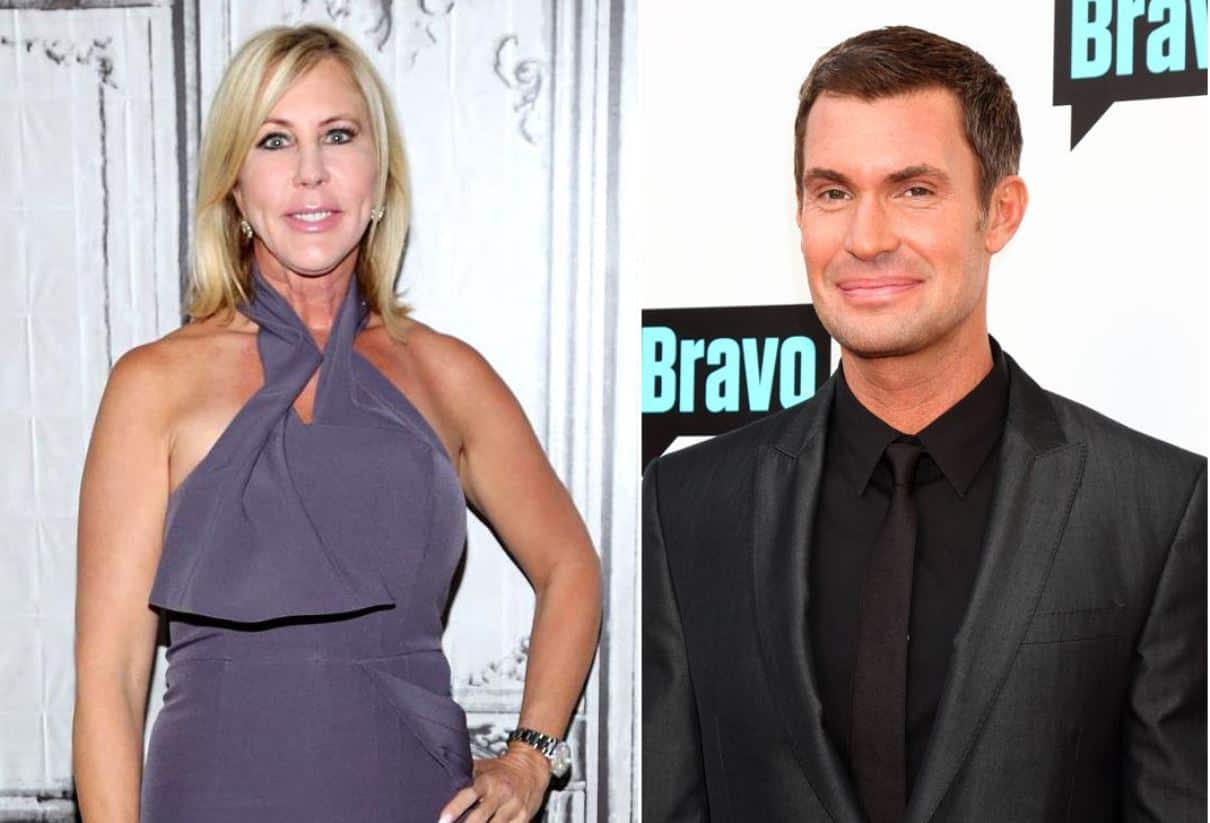 The latest is Vicki’s accusation that Jeff, star of Flipping Out, fat-shamed her on his Sirius XM radio show, Jeff Lewis Live, last week.

Vicki, 56, took to her Twitter page during the week to call out Jeff after a fan tweeted her that Jeff supposedly “body shamed” her.

During the May 18 episode of Jeff’s radio show, he addressed Vicki’s tweet and denied he ever fat-shamed her. Jeff said he was simply trying to explain that the women on the RHOC, Vicki’s castmates, are thin while she looks like a normal size.

“I said something last week about Vicki Gunvalson. All I said was that every woman on that show looks thin except for Vicki. So the anti fat-shamers came out to get me last week,” said Jeff.

He continued, “So let me explain. I do not think Vicki is fat. I did not imply that she was fat. What I said is that she doesn’t look thin, and I’ll tell you why I said that. Every season, the clothes get tighter and tighter, and the dresses get shorter and shorter, and it’s flat out not flattering. I am 48-yrs-old. I don’t wear tank tops, I don’t wear skinny jeans. As I get older, I cover myself even more. So the point is I just don’t think that she dresses her age or wears clothes that are flattering.”

VICKI BLOCKS SON-IN-LAW RYAN AFTER HE ACCUSES HER OF IGNORING GRANDKIDS!

But it didn’t end there as Jeff also read aloud the text message below, that he says Vicki sent him this week –

“I happened to be up late scrolling Twitter, which I never do, after recovering from surgery and found this tweet. I don’t know what happened to you or our mutual respect for each other, but I’m really tired of you targeting me and your lack of maturity. I’m sorry you don’t think I’m skinny enough for you but I’m a size 8 and I have been since I was 23. Now at 56, I am healthy and happy. And I feel and look great. Leave me alone! You apologized last year for being out of line, and I’d appreciate it again. Why don’t you start stepping up your game and inspiring people instead of thinking you’re better than them. Call tomorrow if you want to talk this out. I’m not happy with you. Very rude.”

When it comes to Jeff’s drama with Bravo over Kelly Dodd reportedly being fined for revealing details about the new season and calling Vicki a “backstabbing b*tch” on Jeff’s show two weeks ago, he revealed he got another phone call from Bravo. This time, it was from a very high level Bravo executive. Following this warning, it seems Jeff is letting go of the drama as he stated he understood Bravo’s side and didn’t further expound on the issue.

If you recall, Jeff also stated last week that he felt Vicki was the one who complained about Kelly’s interview to Bravo. He cited that last year, after he suggested that Bravo fire Vicki, she ended up siccing her lawyers on him and demanded a public apology.

Vicki has yet to respond to Jeff’s latest comments.

TELL US – WHOSE SIDE ARE YOU ON IN THIS? DO YOU THINK JEFF FAT-SHAMED VICKI? OR WAS IT AN OVERREACTION?