Home Real Housewives of Orange County News REPORT: Vicki Gunvalson is “Traumatized” and “Not Ok” After Split From Steve Lodge, Details of How He Called Off Engagement With RHOC Alum Are Revealed Plus What Led to Breakup

REPORT: Vicki Gunvalson is “Traumatized” and “Not Ok” After Split From Steve Lodge, Details of How He Called Off Engagement With RHOC Alum Are Revealed Plus What Led to Breakup 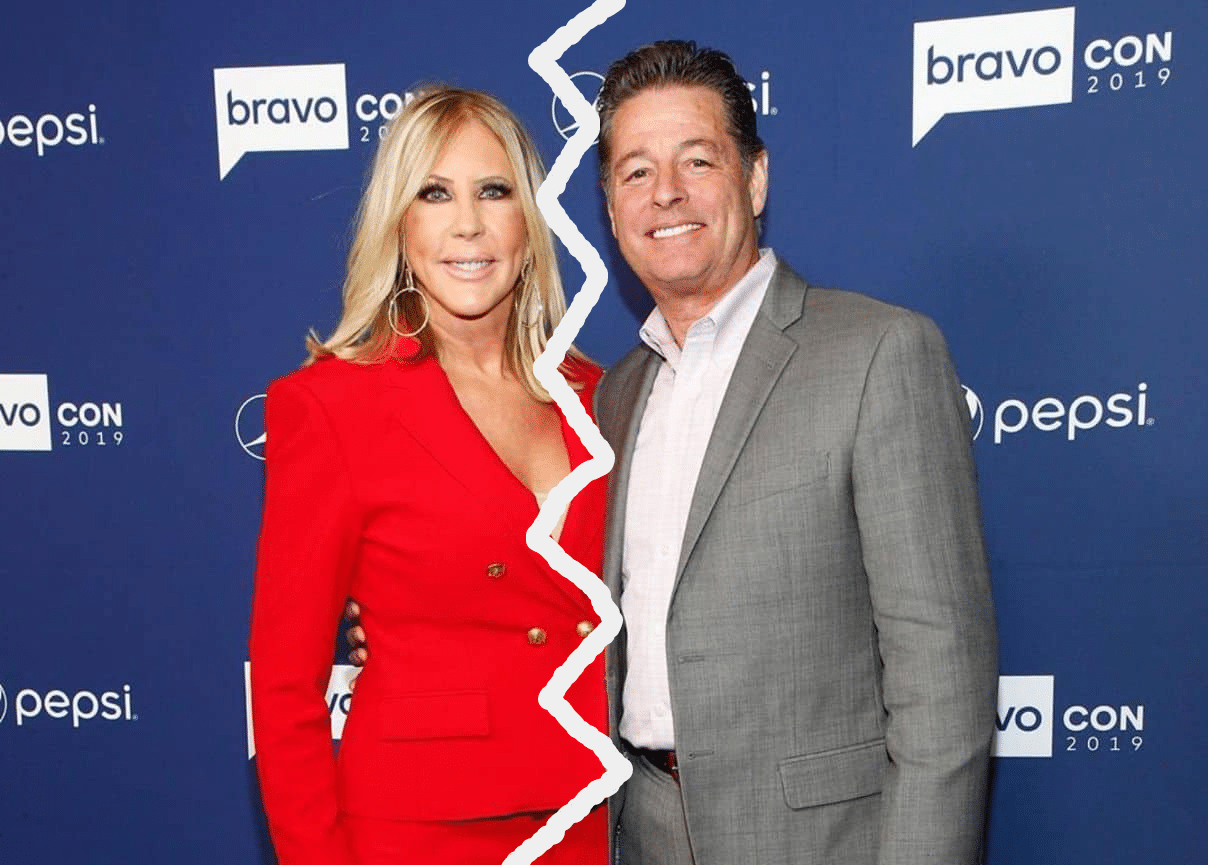 Vicki Gunvalson is reportedly “not ok” after being dumped by fiancé Steve Lodge following a two-year engagement.

Amid rumors of a split, which were prompted when the ex-couple unfollowed one another on Instagram, multiple sources have confirmed that Steve, who unsuccessfully ran for governor of California this summer, “ended things” with the Real Housewives of Orange County star after a split and brief reunion months ago.

“Steve ended things with Vicki,” one source shared with E! News on September 28, noting that the two of them had initially broken up in June before attempting to reconcile.

“Steve and Vicki had been living separately for much of the pandemic,” the insider explained. “Steve had been living like he was a single man in Puerto Vallarta, while Vicki was in the U.S.”

Another report from Us Weekly is shedding more light on how Vicki is coping with the split.

“Steve broke up with Vicki while she was filming the [Real Housewives] spinoff show in the Berkshires,” a source revealed. “After he told her this, she was traumatized. It ruined her. She didn’t want to be at the [Dorinda Medley’s] house anymore.”

The source added that Vicki is “still a mess” and is “not OK” following the breakup as Steve, 62, has since moved out of her home.

“She’s in terrible shape. She still loves him,” the insider noted. “They had not been getting along for a long time. He seemed disinterested in her for a very long time.”

Vicki and Steve first met at a Boys & Girls Club charity event, and they got engaged in April 2019.

At that time, Vicki said that after going through a messy divorce from Donn Gunvalson and an ugly split from Brooks Ayers, she was ready to settle down.

“Sometimes, I think you just have to find out for yourself what’s right,” Vicki explained. “I’m at a good place but I like being married. I’m a marriage girl.”

Earlier this week, as Vicki and Steve unfollowed one another, an insider wrote into Deux Moi on Instagram and suggested that Steve had been acting single while enjoying time without Vicki in Mexico.

“Steve Lodge can regularly be seen at the local Coto De Caza bar/restaurant Hanna’s making out with women who are not Vicki,” an unnamed source shared. “According to the bartender, there’s no way that he and Vicki can still be engaged since he’s there every night by himself with a different woman.”

During an appearance earlier this year on S’More Date, Steve explained why he was spending so much time out of the country.

“I’ve been happy in [Mexico]. It’s a lot more relaxed than it is in the States,” he said.

Steve also admitted that he didn’t enjoy the time he spent filming RHOC.

“They tricked me into [filming],” he alleged. “‘Oh just come in here and stand right here so you can watch what’s going on and just sign this in case we see you in the background.’ And then all the sudden the attention’s on me. So that wasn’t very fair.”