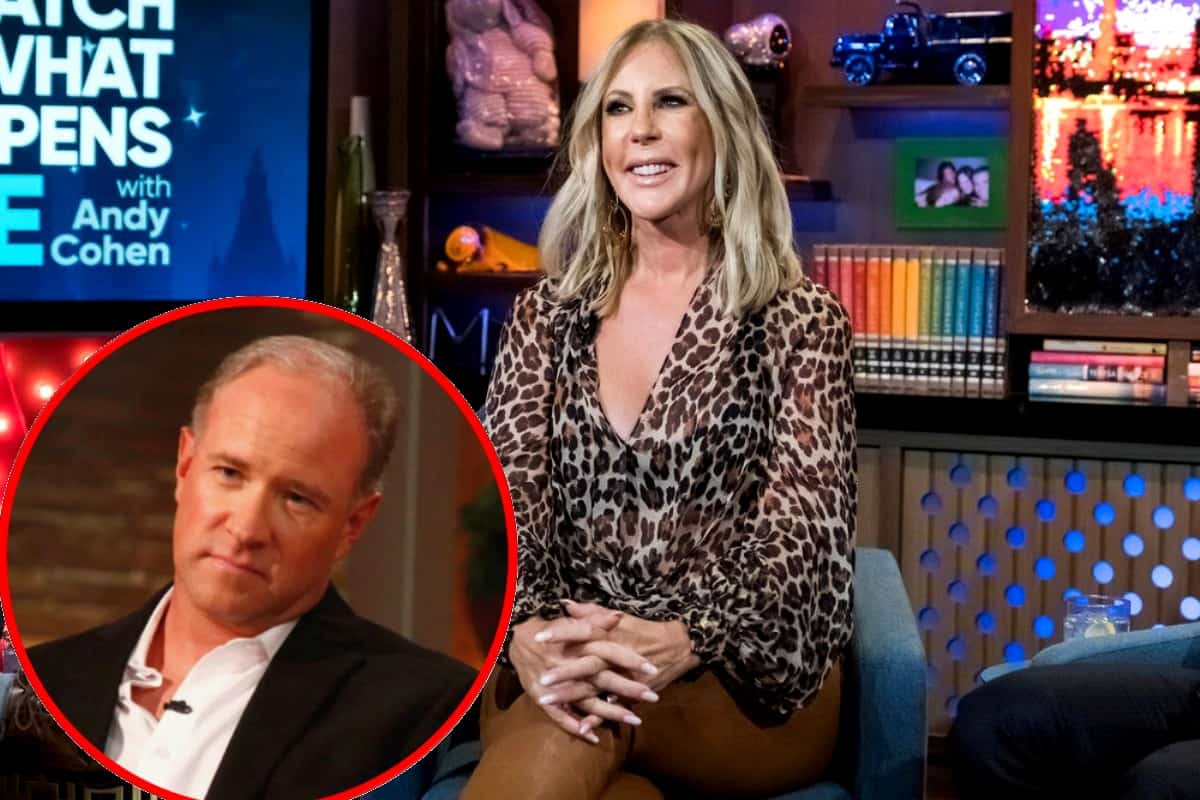 After announcing her exit from the series after 14 seasons last Friday, Vicki was met with support and love from her online fans. However, she also received a couple of not-so-nice comments from some people, including one person who slammed her “shameful” antics at the reunion and another who accused her of lying about her ex-boyfriend Brooks Ayers‘ cancer diagnosis.

“Your [behavior] on the last reunion was nothing but shameful. You should be extremely embarrassed by your performance. That really was the worst ‘do you know who I am’ moment I have ever seen,” the first person wrote.

“Yes you are right,” Vicki agreed. “Unfortunately there is a lot you didn’t see or know why I was so upset. Good news is life goes on, and I’m happy and that’s not an indication of who I am. They just pushed me to my limit.” 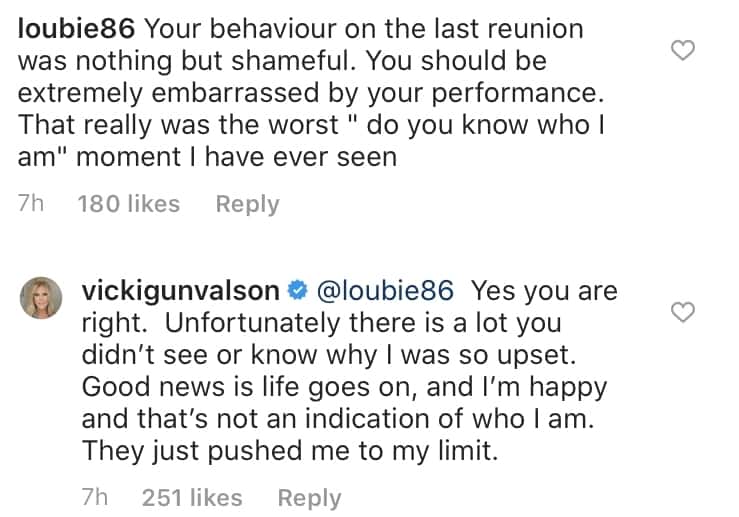 During the RHOC reunion weeks ago, Vicki was seen slamming Braunwyn Windham-Burke for her racy behavior on the show and claiming the series was her show.

In another comment sent from one of her Instagram followers, Vicki was accused of fabricating the fake cancer diagnosis of her ex just as her former RHOC co-star Meghan King Edmonds recently implied Vicki was aware of the cancer lie.

“I for one truly couldn’t care less that you’re leaving! Nothing but trouble, [rumors] you caused, lies, yelling at people, lies you told about Kelly that impacted her poor daughter, and let’s not forget the lies about Brooks! You should have left years ago,” the person fumed.

“It’s obvious you can’t decipher between truth and a TV show,” Vicki replied. “I never lied about Brooks, [he] lied to me!! Obviously you didn’t hear his confession he lied to me. Get a life. ” 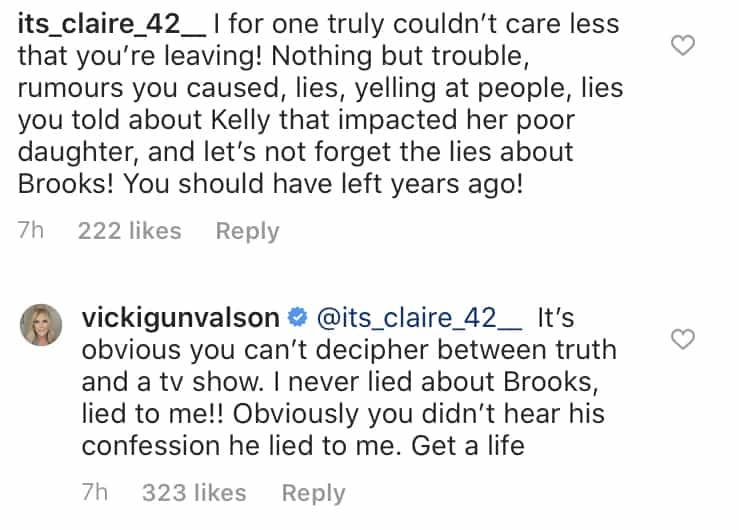 Days before her RHOC exit was confirmed, Vicki responded to the possibility of moving onto her own show.

“Maybe you should create a spin off about your family and business,” a fan suggested earlier this week.