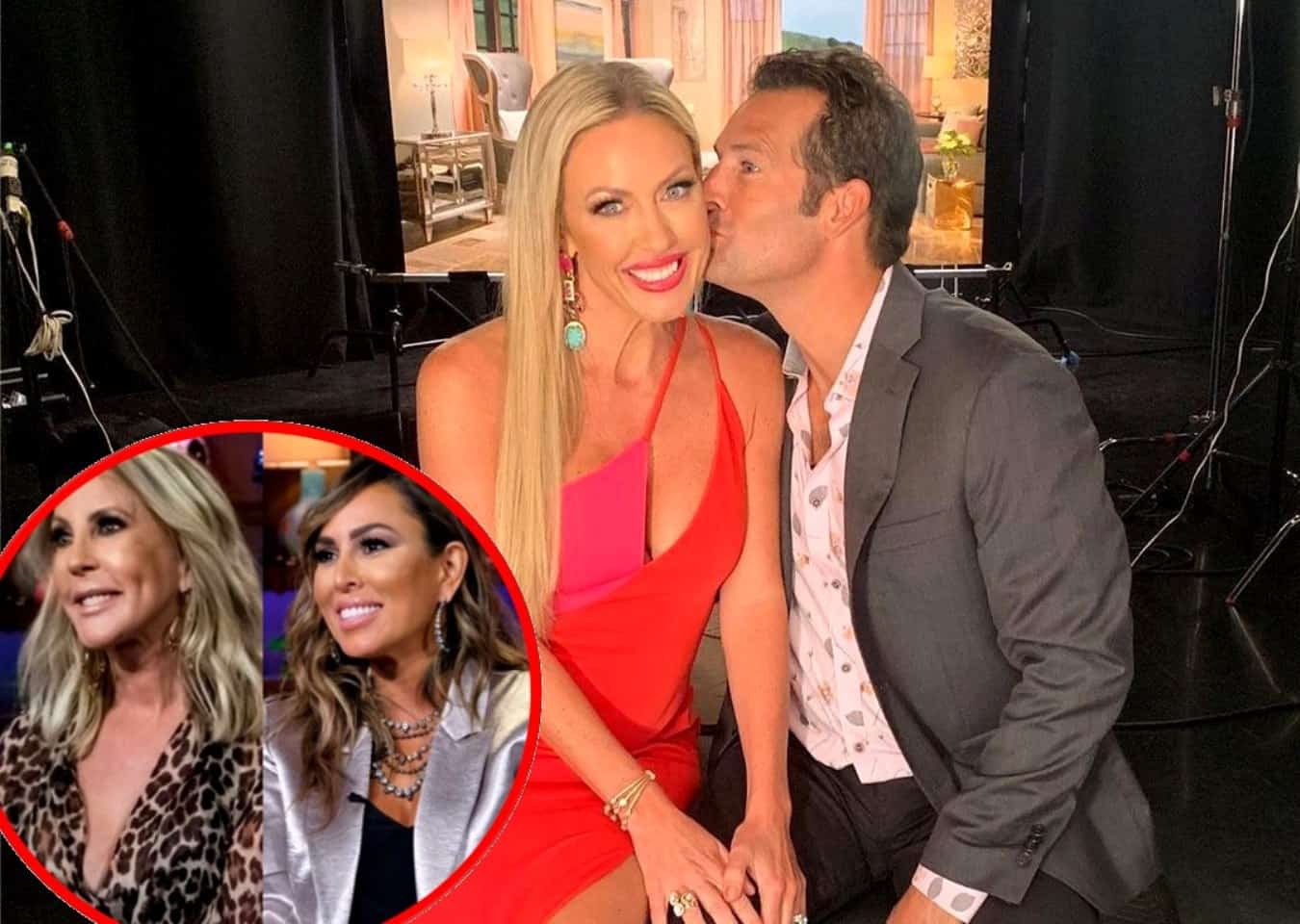 During a couple of new interviews, the newest member of the Real Housewives of Orange County cast offered an update on her marriage and revealed her rules for threesomes with her husband. Then, she explained how Kelly Dodd is involved in her ongoing feud with Vicki Gunvalson.

“Hey, if the opportunity is there,” added Sean.

According to Braunwyn, she and Sean do not allow men to take part in their threesomes, and when it comes to the chosen woman, she has to be “like, a hot one.”

As for Braunwyn’s feud with Vicki, which recently boiled over at BravoCon when Vicki suggested RHOC season 14 should be the last for Braunwyn, the mother of seven said she and Vicki actually get along when it’s just the two of them.

“I think if you put Vicki and I in a room together it would be fine,” Braunwyn explained during a recent taping of the Real Housewives of Orange County: After Show last week. “It would be. We get along great.”

That said, she and Vicki struggled to form a friendship on the show because when Brauwnyn first joined the cast, she admittedly “came in hot.”

“We’ve not had the easiest transition… because I came in hot. I take 100 percent ownership of that,” Braunwyn explained. “I came in hot.”

As Braunwyn explained, she targeted Vicki right away after learning that some of her on-air statements had resulted in Kelly’s daughter, 13-year-old Jolie, being flooded with mean comments from RHOC viewers.

While Braunwyn went on to say that it was simply not okay for viewers to be sending hateful comments to Kelly’s child, she said she would do things very differently with Vicki if she could go back in time.