Home Real Housewives of Orange County News RHOC’s Braunwyn Windham-Burke Opens Up About Suffering Nine Miscarriages, Admits Being ‘Unprepared’ for Backlash From Viewers and Shares Which Housewife From Another Franchise Has Supported Her

RHOC’s Braunwyn Windham-Burke Opens Up About Suffering Nine Miscarriages, Admits Being ‘Unprepared’ for Backlash From Viewers and Shares Which Housewife From Another Franchise Has Supported Her 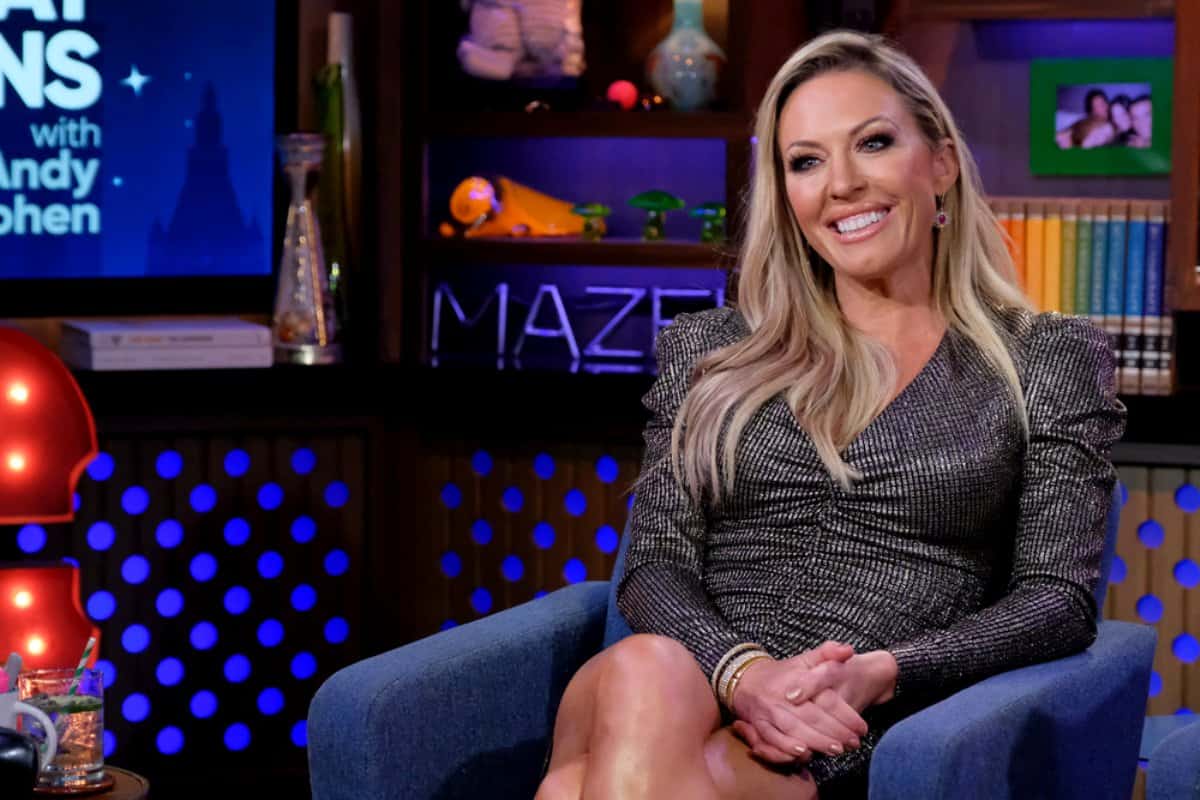 Braunwyn Windham-Burke appeared on Kate Casey‘s podcast on October 30, where she discussed her new role on The Real Housewives of Orange County.

After admitting that she wasn’t prepared for the level of attention and backlash she received as a result of her time on the series, Braunwyn opened up about her childhood, her big family, and her close friendship with The Real Housewives of Dallas cast member Kary Brittingham.

“I was vastly unprepared for this,” Braunwyn admitted on Reality Life with Kate Casey. “When I first started, I thought it would be… I would hang out with some girls, go on some trips, and wear some cute clothes. I didn’t understand the amount of work and that this was actually a full-time job.”

According to Braunwyn, her mother, Dr. Deb, met her father, a surfer, when she was just 16 years old and got pregnant with her shortly after they got married. While Braunwyn didn’t have a good relationship with her father as a child, they mended their relationship prior to his passing 15 years ago.

“He wasn’t able to be a great dad but he was an amazing grandfather,” she shared.

As for her own family, Braunwyn always knew she wanted “a lot of kids.”

“I was friends with a Mormon family growing up. I remember going over there and thinking, ‘This is the best thing ever.’ There was always something to do. They were best friends with each other. They were always hanging out,” she recalled.

So, after meeting and immediately falling for her husband Sean Burke during her second week of college, Braunwyn informed him that she wanted to be a stay-at-mom with a large family. Years later, at 22 years old, Braunwyn became pregnant with her first child and got married weeks later.

Although Braunwyn is now a mother of seven, she experienced plenty of heartache along the way after suffering a post-partum hemorrhage following the birth of her son Jacob, which led her to lose a total of nine babies.

“There were a few times that were worse than others,” she said of her miscarriages. “One of them was pretty dark. I actually got really bad postpartum depression but I didn’t know you could get that from a miscarriage and neither did Sean.”

While Braunwyn never planned to be a working mom, her husband has been quite supportive of her reality career.

“I’ve supported him for 25 years now and he’s like, ‘If this is what you want to do, I’m 100 percent here for you,’” she said. “He’s been great. He just rolls with [the comments and criticism]. He laughs it off and he’s been such a good support. It’s been hard at times because there’s been some low moments where I’m like, ‘I don’t know if I can do this anymore.’ And he’s had to be like, ‘Get up. Get dressed. Get out of the house.’ There’s definitely some times where he’s had some tough love with me but he’s my ride or die. We are a team. He has my back no matter what.”

Also supporting Braunwyn is Kary, also a newbie on the RHOD, who Braunwyn initially connected with on social media.

“Kary and I really connected as new housewives this year. We reached out to each other through a DM on social media and then it became a real friendship,” Brauwnyn revealed. “It has been great because we’re both new and it’s nice to have a housewife in another franchise because they know what you’re going through but you don’t have to deal with the drama and politics of your own show.”