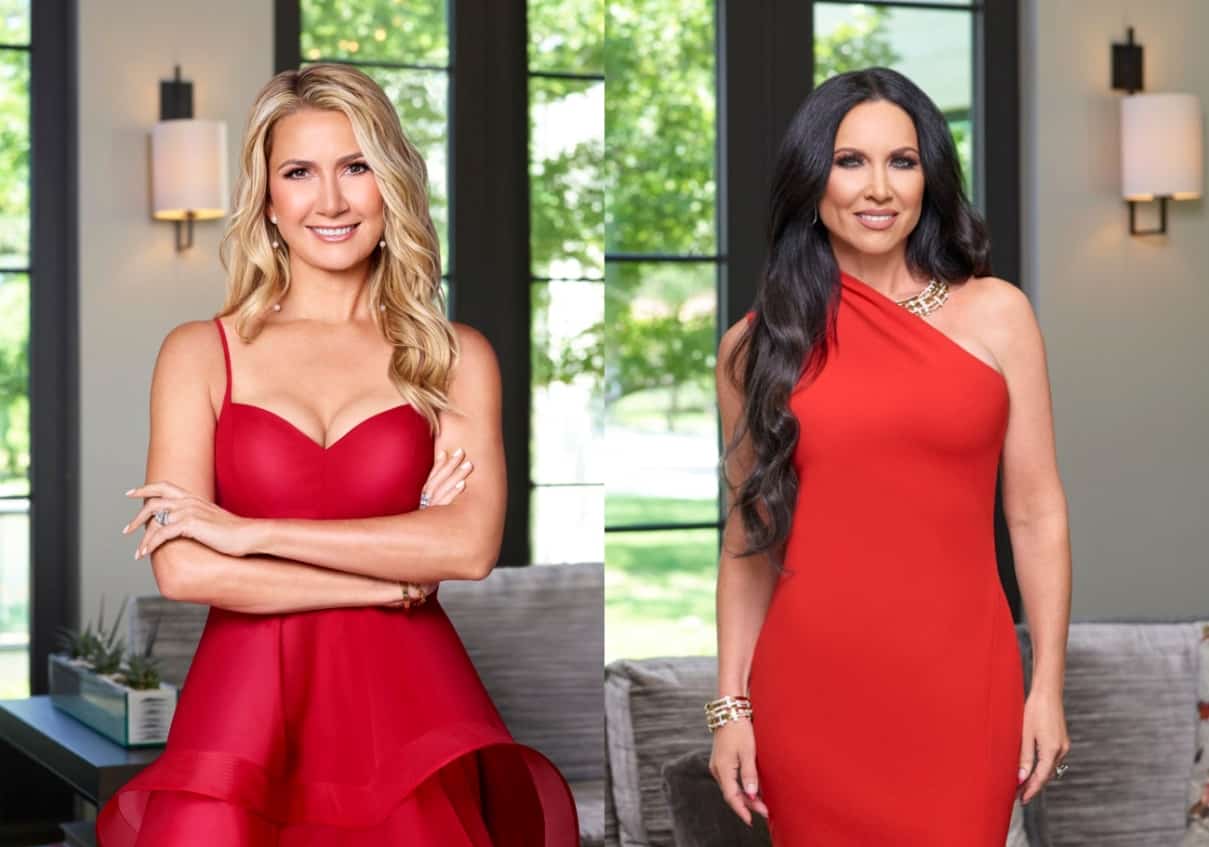 New Real Housewives of Dallas star Kary Brittingham is throwing major shade at costar LeeAnne Locken‘s wedding. In a separate interview, LeeAnne is explaining why she and Kary don’t get along.

Let the feuding begin! Fans were introduced to a fresh face in the RHOD season 4 premiere. Kary, a Guadalajara, Mexico native, may be new to the reality TV game, but she’s wasting no time and is shaking things up right out the gate.

In an interview with US Weekly, the Dallas newbie was asked what she thought of costar LeeAnne’s wedding, which fans will see later on in the season. And needless to say, the reality star held nothing back.

“The ceremony was really nice. It was really, really nice. I think their vows were really sweet,” Kary said in her interview. “The reception was, like, a circus. It was so hot and they had no food. It was just like, no, it was not a great wedding at all. Definitely not $4 million, maybe, $2,000.”

Earlier reports had stated that LeeAnne’s wedding cost over $4 million, thanks to some of the very expensive jewelry she wore that day.

As RHOD fans already know, LeeAnne married her now-husband Rich Emberlin at the Cathedral of Hope Church in Dallas, Texas back on April 27, 2019. Kary claimed her costar Stephanie Hollman was a “VIP” guest at the big event, while she got invited via text message.

“It was just a situation,” Kary attempted to explain, referring to events surrounding the wedding. “Not to mention on our trip to Mexico, everything was like, ‘I’m getting married in four weeks and that’s my excuse for being such a b*tch.’”

So, how does veteran housewife LeeAnne feel about the new girl joining the group? To put it lightly, she isn’t thrilled. In a separate interview with Entertainment Tonight, the newly married reality star gave the skinny on why she doesn’t really get along with Kary on the show.

“Yeah, the new girl and I are not friends… or friendly,” LeeAnne teased. “She believes she’s an alpha, and we all know I am. So, in her mind, I think it was, come in and take the old alpha out and show me how to do things the right way and ‘the best way,’ her way. And I’m just not big on doing things other people’s way.”

LeeAnne went on to explain that sometimes when you’re new to a group, you feel the need “to beat your chest.”

“You know, show the old lioness that the new lioness can do things better. The problem is, the old lioness has a lot of kills under her belt,” the O.G. Dallas housewife boldly added.

In the interview, LeeAnne did admit that she had hope of getting along with all the women in the RHOD cast, including Kary and on-again, off-again friend, D’Andra Simmons.

Watch new episodes of The Real Housewives of Dallas every Wednesday at 9 p.m. on Bravo TV.