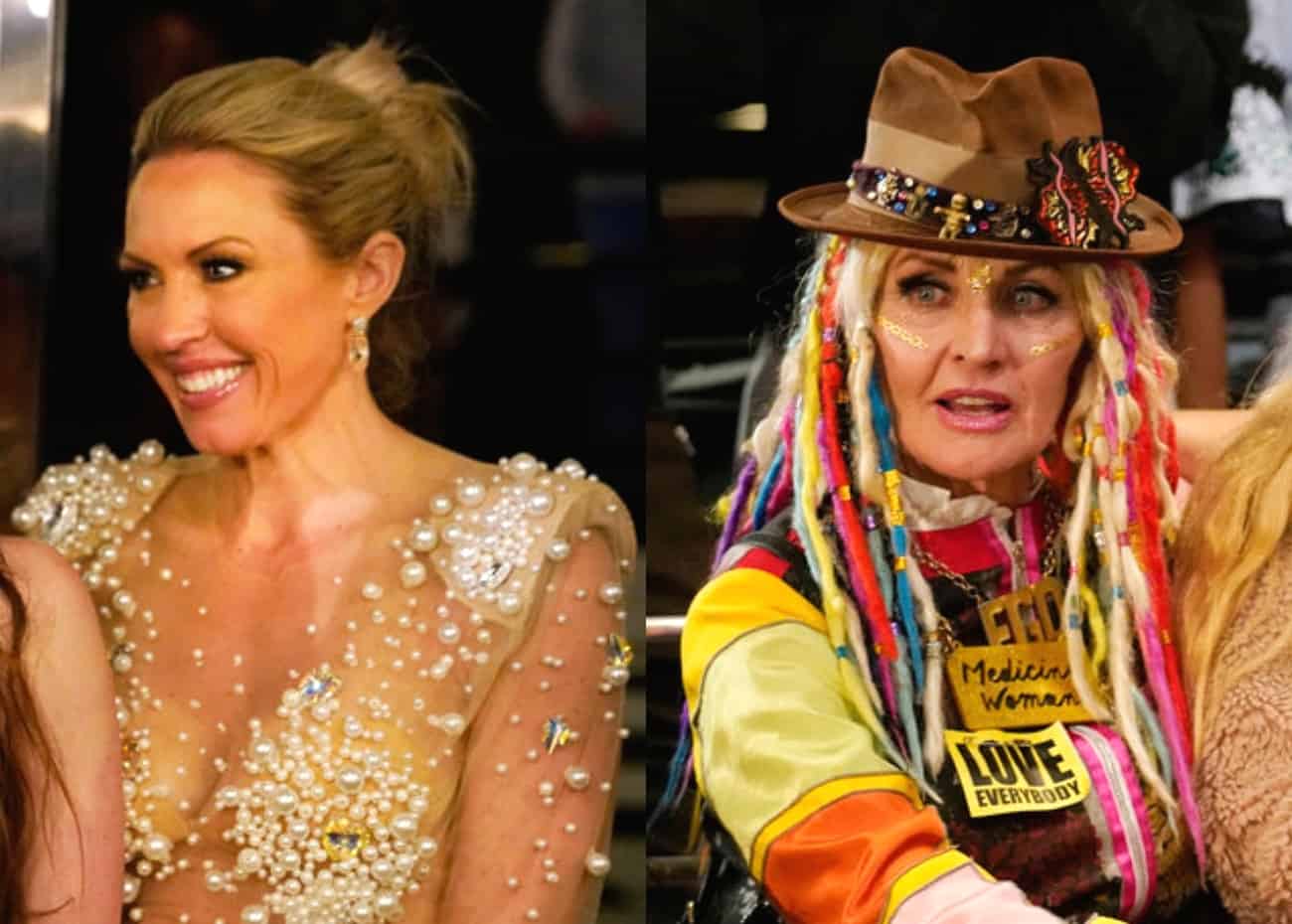 Are Braunwyn Windham-Burke and her mom, Deborah Windham aka Dr. Deb, at odds?

During the Tuesday night episode of Watch What Happens Live, the Real Housewives of Orange County star was questioned by a curious fan who wanted to know where she stood with her mother after noticing that the ladies are no longer following one another on social media.

Although the RHOC star didn’t share any details regarding what went down between her and her mom, it likely has to do with Braunwyn talking about her chaotic childhood on the RHOC. Braunwyn has opened up about not having much stability while growing up due to her mom’s eccentric lifestyle. She also added that she was shuffled around a lot with different relatives while her mom, who was in a rock band, attended medical school. Dr. Deb, however, disagreed with Braunwyn about her childhood on the show when Braunwyn attempted to confront her about it.

Braunwyn also recently spoke to The Daily Dish about their up and down relationship.

“My relationship with my mom is more complicated than she realizes,” Braunwyn said at the time. “I do know though that parents and children often have very different recollections of things and that I’m only seeing things from my point of view. I love my mom so much and really respect the fact that, as a single mom, she supported us and worked hard to become a doctor.”

Also during Tuesday’s WWHL, Braunwyn mentioned her mom as she discussed Dr. Deb’s thoughts on her racy behavior on the show.

“Come on. My mom does Burning Man…This is baby steps,” she joked.

In addition to Dr. Deb tuning into the new episode, Braunwyn confirmed her kids also watch the show.

“My kids have watched the show and we’ve actually had great conversations. It’s really opened the lines of communication. Our family is different and I’m okay with that,” Braunwyn explained.