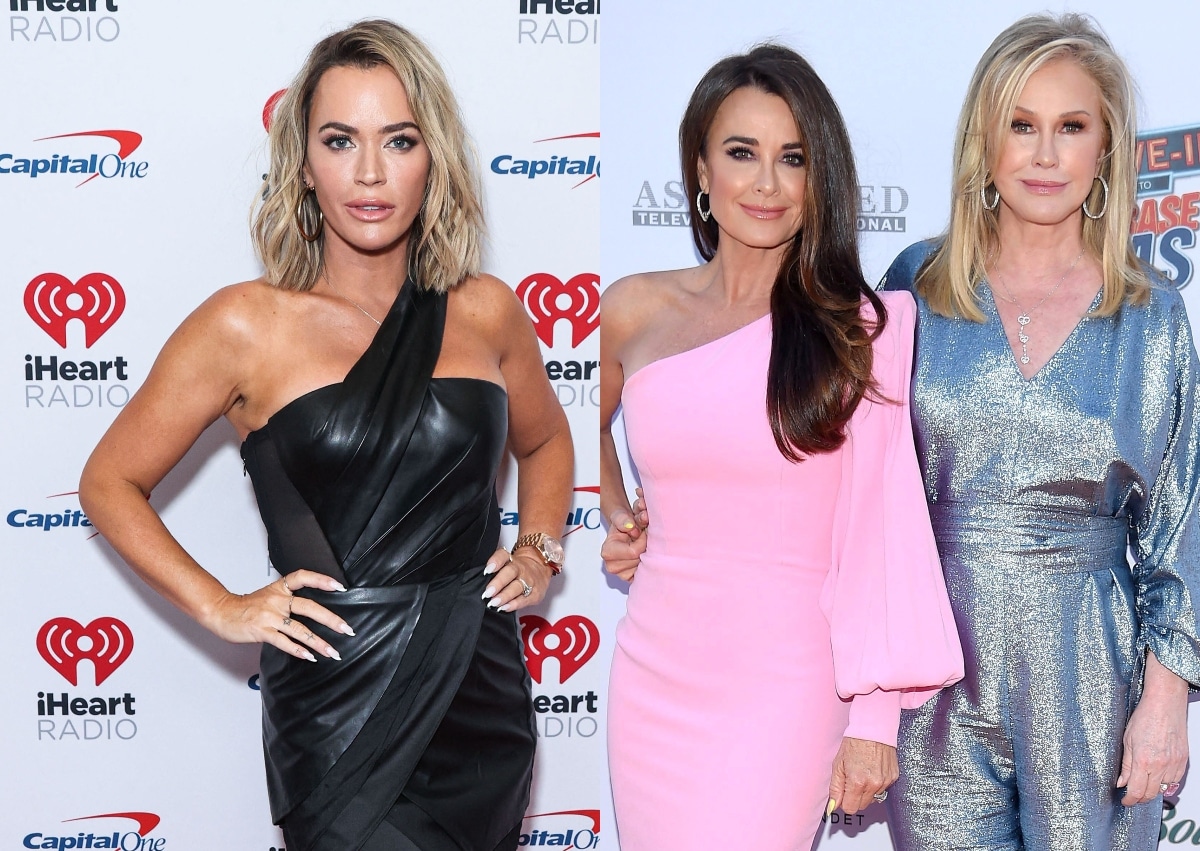 Teddi Mellencamp shed some light on the ongoing rumors surrounding Kathy Hilton and her Aspen meltdown on the latest episode of her podcast.

As questions continue to be raised in regard to what was actually said and done by Kathy amid the Real Housewives of Beverly Hills cast’s trip to Colorado, Teddi, a former star and current friend of the cast, revealed what she’s heard about Kathy’s outburst — and if a conga line had anything to do with it.

“This isn’t really the truth. I never heard anything about any conga line,” Teddi confirmed on the September 24 episode of Two Ts in a Pod.

According to Teddi, it was the DJ at the club, not her RHOBH co-stars’ refusal to participate in a conga line, that set Kathy off.

“She went up to the DJ and asked him to play ‘Billie Jean’ and he… You know how DJs are, especially famous DJs, when they’re in the middle of a set, they don’t want some random, or even some famous socialite, it doesn’t matter, coming to tell them what to play so he said, ‘No,’” Teddi explained.

Although many have targeted Lisa Rinna, who was the only person to witness Kathy’s meltdown, Teddi insisted that despite the fact that “people love the narrative to hate Rinna,” Lisa was nice to offer to take Kathy home as their co-stars remained at the club.

“She was blowing up, not only on the DJ, on everybody involved and flipping out,” Teddi noted. “She’s seeing somebody come unhinged and she’s seeing somebody she loves, Kyle, getting reamed out at a club because… the fact that the DJ won’t play a song that Kathy wants, it’s Kyle’s fault again.”

While Teddi was happy to see Sutton Stracke “owning up to the fact that there was a breakdown at the club, pointing out that “the fact that Sutton even admitted it a little bit shows how bad it actually was,” she was confused by the behavior of Crystal Kung-Minkoff.

“Crystal is pretending she didn’t see it,” Teddi shared. “[And] Crystal was there so I don’t know why when we flash forward to the end of the episode why Crystal is acting like she didn’t see it happen. She called the Sprinter for Rinna and Kathy.”

Teddi doesn’t know for sure why Crystal seemed to turn a blind eye to Kathy’s antics, but she suspects Crystal has social reasons for playing nice with the RHOBH “friend.”

“She doesn’t wanna not get that Kathy Hilton Christmas party invite,” Teddi said, adding that Crystal didn’t hesitate to throw Erika Jayne to the fire. “I don’t think she wants to mess with her relationship with Kathy.”

Also on the podcast, Teddi said she can’t imagine her own sister saying the things Kathy said about Kyle before explaining that viewers seemed triggered by Lisa suggesting Kathy was jealous of Kyle.

“People were like, ‘No she’s not, everybody knows the name Kathy Hilton.’ [And] I agree everybody knows the name Kathy Hilton, but here’s the difference that people aren’t actually recognizing: Kathy’s been married into the Hilton family, started dating him when she was 15 years old and it is a very different situation when you marry into a family and they have the money than it is when you make your own,” Teddi stated.

Continuing on, Teddi said Kyle has “full financial freedom” and noted that she and Mauricio Umansky “are self-made.”

“Whereas, I looked up online, and there’s one Hilton and Hyland. How many Agencies are there? Kyle and Mauricio have worked really hard and whether you like it or not, your sister was the beginning of the show and she wanted you on because she loved you and she wanted something that you wanted,” she added.