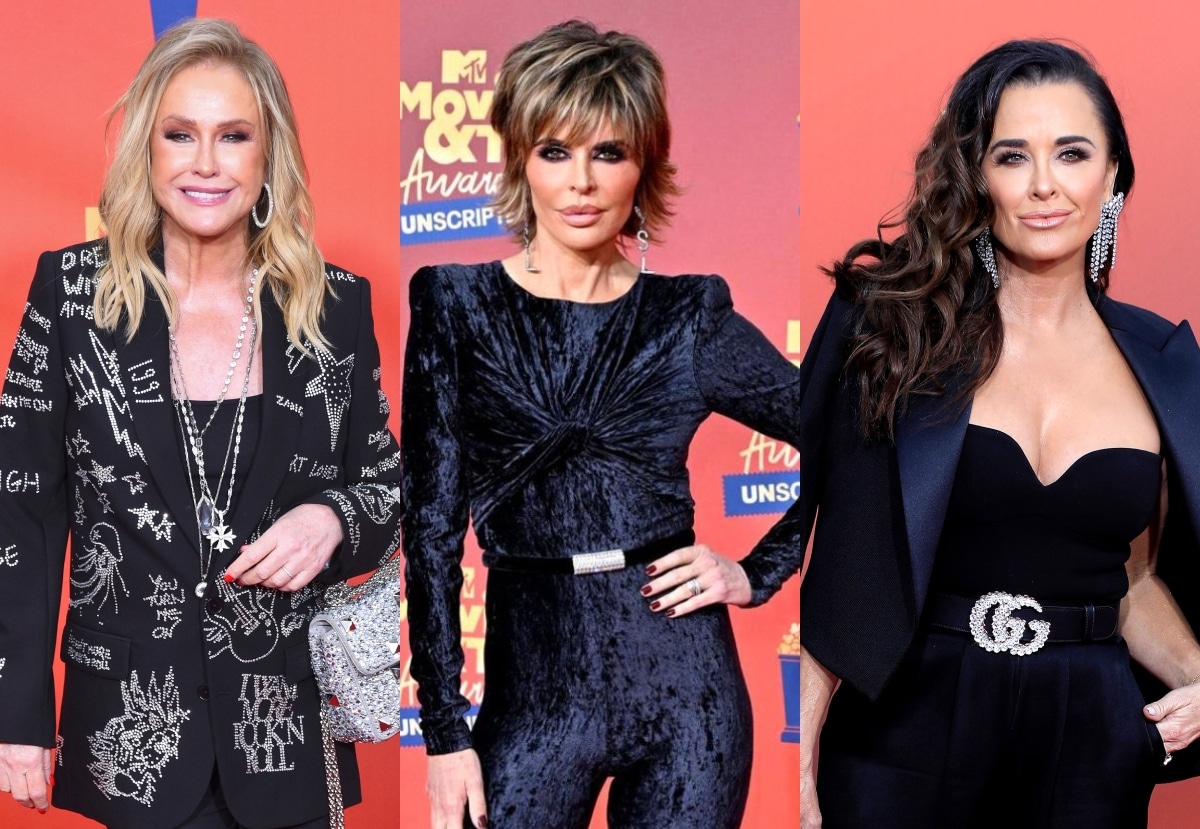 Kathy Hilton is continuing to shade her Real Housewives of Beverly Hills castmates, including Lisa Rinna and her sister, Kyle Richards, on social media after being accused of having a messy meltdown in Aspen.

After agreeing that Lisa likely targeted her on the show in an attempt to retain her full-time role on the series and suggesting she was the one who had PTSD (Post-Traumatic Stress Disorder) from the incident, Kathy returned to her Instagram Story with a few additional posts over the weekend.

“Kathy Hilton is clearly not happy with Kyle Richards [and] Mauricio Umansky, sharing posts about them not being hospitable [and] alleging that Kyle posted a photo with Lisa Rinna with caption: ‘You better believe we’re gonna talk about it’ days after Kathy’s alleged meltdown in Aspen,” Bravo Housewives told their followers on Instagram on September 23, along with several screenshots of Kathy’s recent posts.

In one particular post, Lisa was seen with a message above her that appeared to suggest she was lying about Kathy’s off-camera meltdown.

“The Lips Who Cried Wolf,” the caption stated. 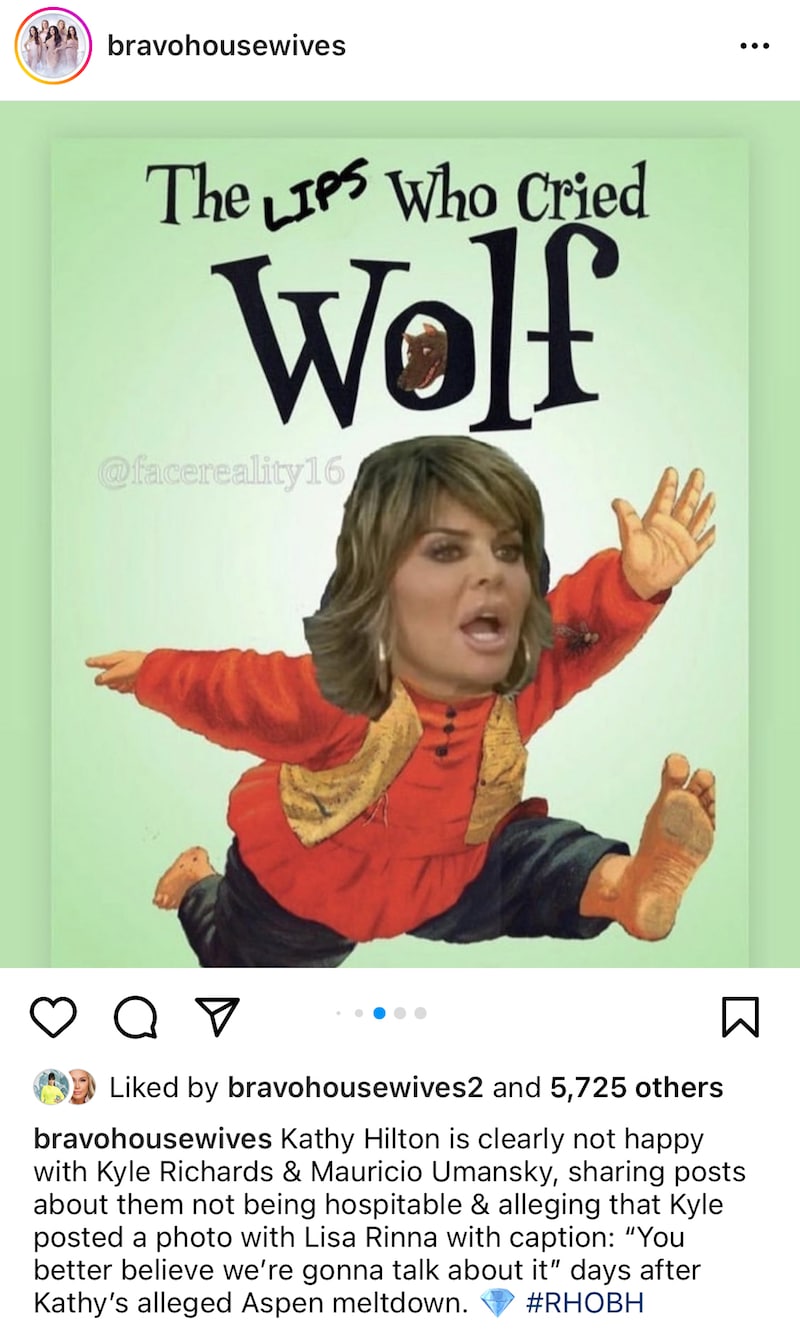 Kathy then shared a clip of herself arriving at Kyle’s home in Aspen.

In the clip, as RHOBH fans will recall, Kyle questioned why Kathy would wear slippers through the airport — especially when people recognize her. 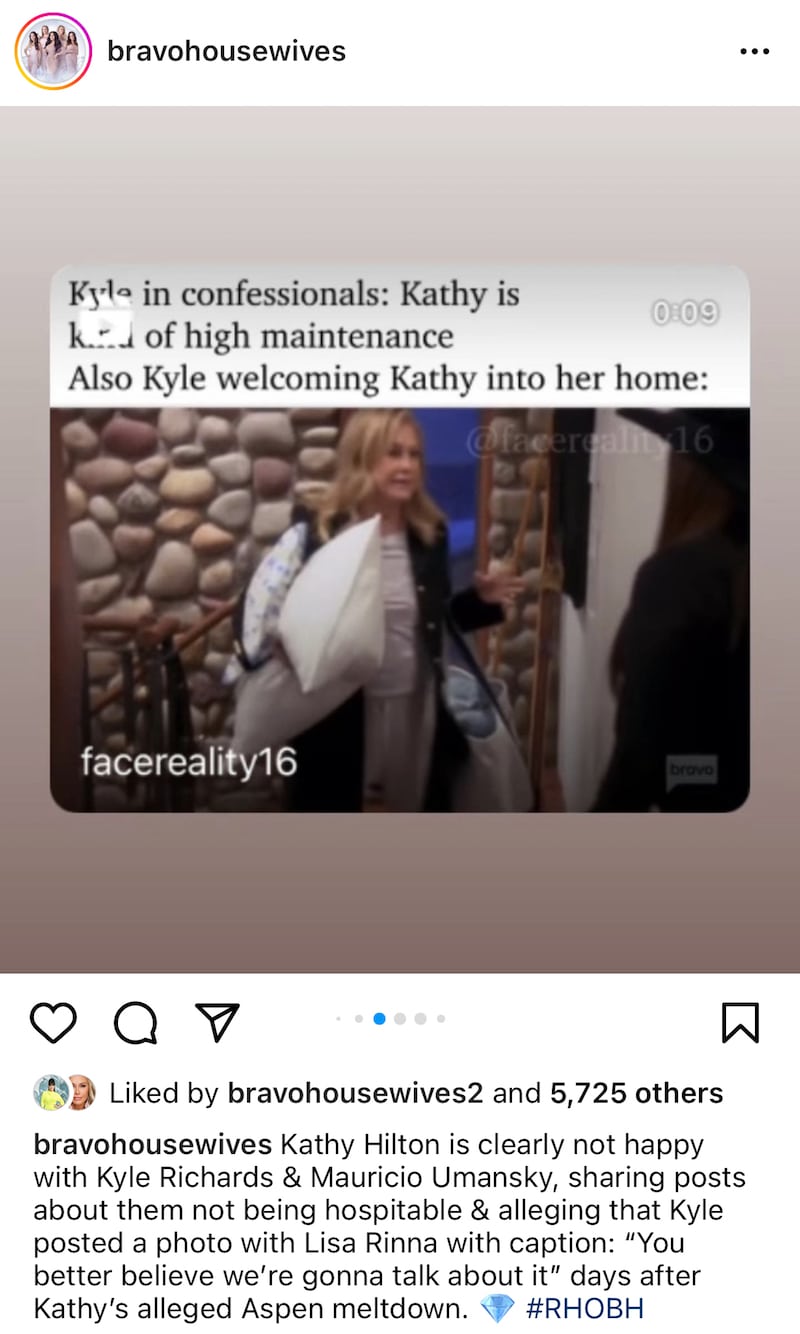 Kathy even shared a clip in which a man was seen telling an older woman to “shut the hell up” when she asked for a glass of warm milk to help her sleep, which was captioned, “When Kathy asked Mauricio if they could grill the corn.”

In another Instagram Story, Kathy reshared a “Wanted” image of herself, Lisa, and Kyle, which said there was “missing information about these women” and noted that they “did not participate in conga line.” 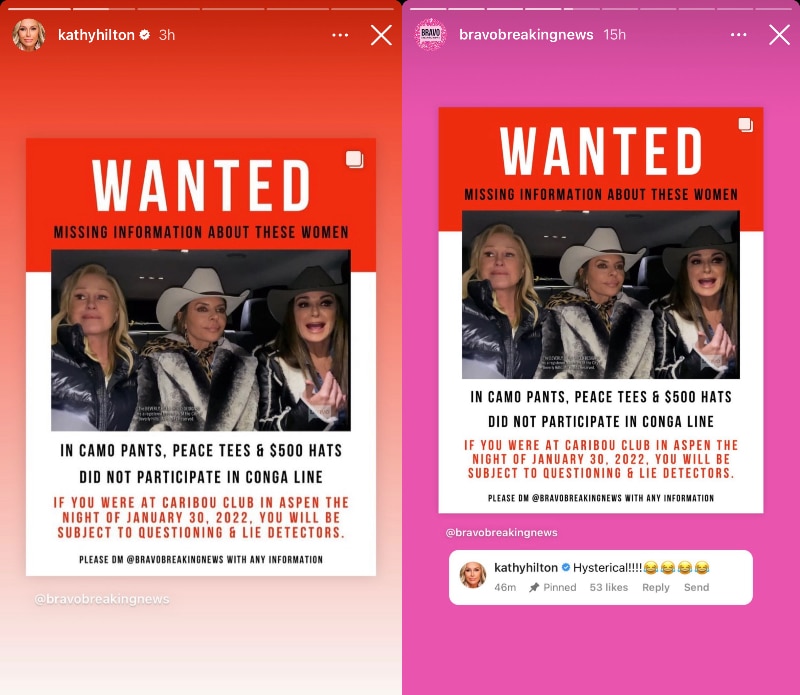