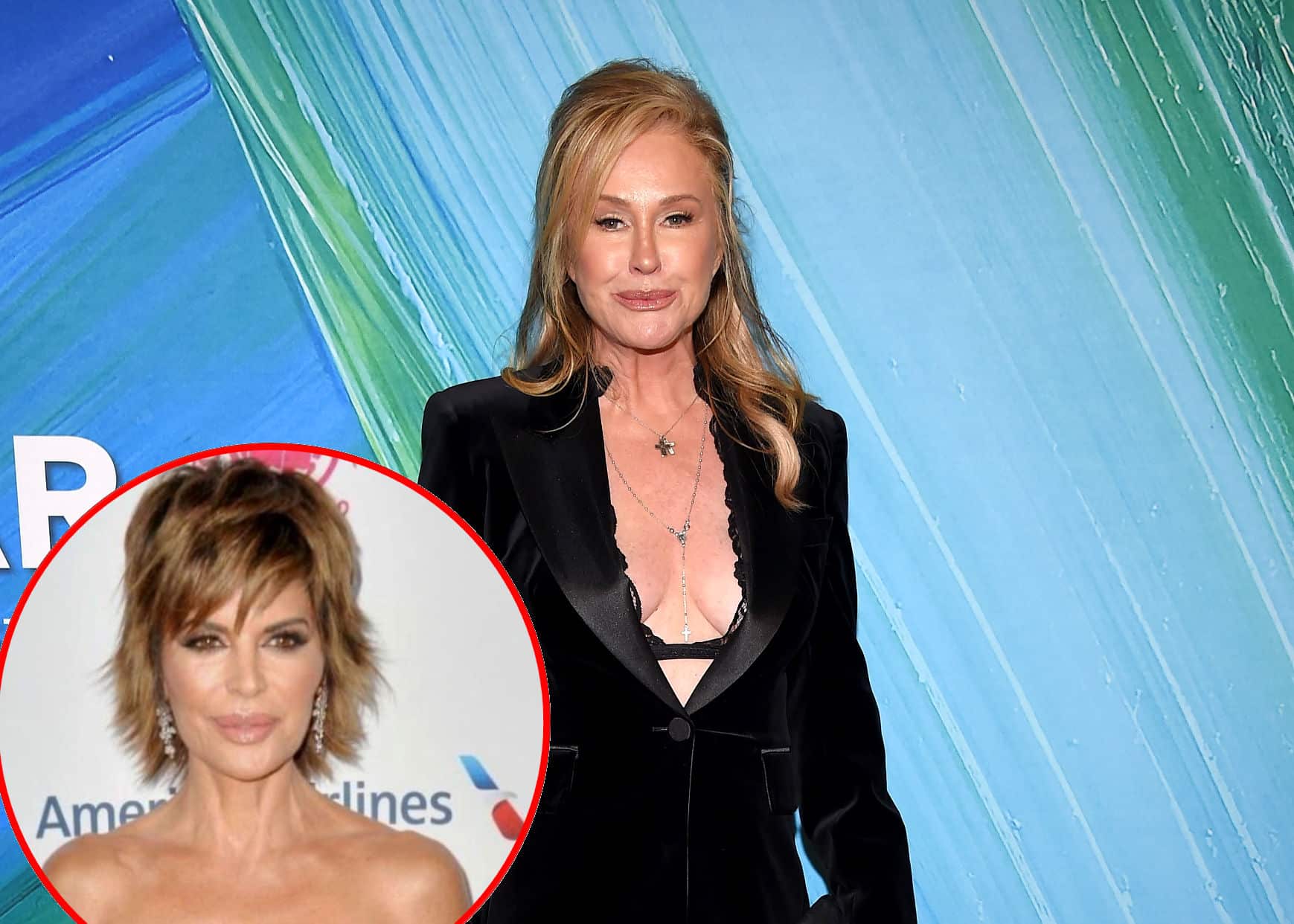 Kathy Hilton believes Lisa Rinna may have been trying to save her role on The Real Housewives of Beverly Hills by perpetuating the drama surrounding her off-camera meltdown in Aspen.

After Lisa exposed Kathy’s alleged antics amid their trip, claiming Kathy threatened to single-handedly take down NBC and Bravo and said she’ll destroy her own sister, Kyle Richards, if it’s the last thing she does, Kathy responded to a couple of fans, who offered their thoughts on Lisa’s involvement.

“Rinna does not EVER cower when someone is losing it! She jumps right [in]! So that makes me VERY suspicious,” the first fan wrote in an Instagram comment, as shared, via screenshot, by the Queens of Bravo.

“She’s trying to save her job at [Kathy Hilton’s] expense,” added the second.

And Kathy wholeheartedly agreed with the idea that Lisa targeted her amid RHOBH season 12 in an effort to ensure she’d be asked back for season 13. 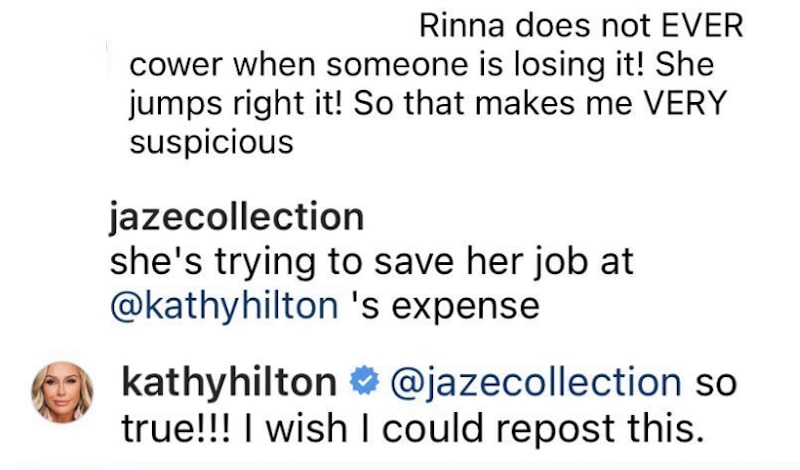 Ever since Lisa detailed Kathy’s meltdown in Aspen on Wednesday’s episode of the show, stating that her co-star was jumping up and down, banging walls, and breaking her glasses as she uttered horrible things about Kyle, whose Aspen home she was staying at, Kathy has been sharing posts against her, many of which have reminded Lisa of her own past meltdowns on the series.

In one post shared by Kathy earlier this week, Kathy posted a video of Lisa attempting to grab her sister Kim Richards by the neck in Amsterdam in response to Kim suggesting there was something going on in Lisa’s home with her husband, Harry Hamlin.

As RHOBH fans may have noticed, Lisa has been facing backlash in recent weeks due to not only her treatment of Kathy but also her antics toward Sutton Stracke and other cast members. However, according to her, she was acting out due to the challenges she faced while attempting to cope with her mother Lois Rinna‘s death amid filming in November 2021.