RHOBH’s Camille Grammer Questions if Dorit’s Tears Were Real After Kyle Spat, and Agrees Kathy Hilton is “Most Relatable” 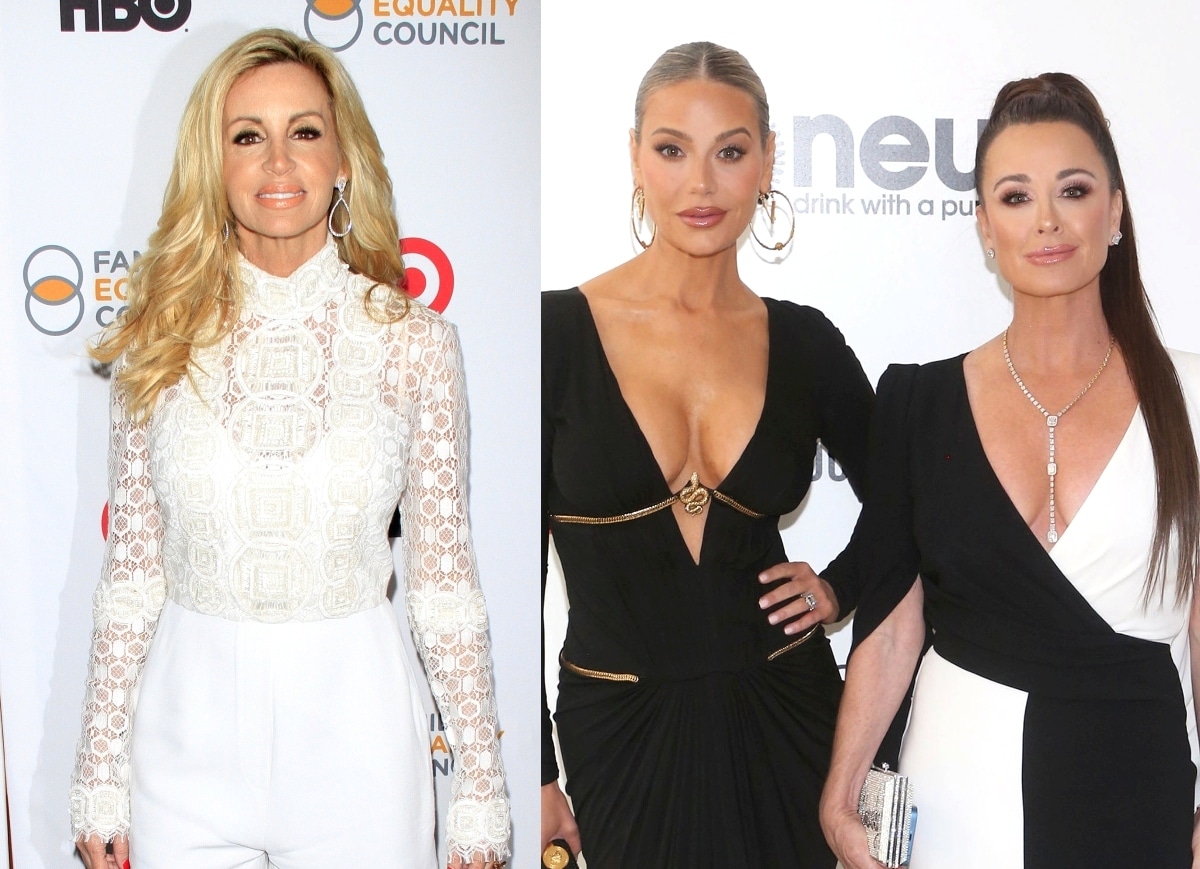 Camille Grammer took to her Twitter page on Wednesday night to react to the latest happenings on The Real Housewives of Beverly Hills.

Following the blowup between Kyle Richards and Dorit Kemsley, which was prompted by Dorit’s absence at Kyle’s Kemo Sabe shopping event, which Erika Jayne and Diana Jenkins also skipped, Camille suggested that Dorit’s emotions were inauthentic. Plus, she also responded to a fan who accused Dorit of giving off Amber Heard vibes and agreed with another who described series “friend” Kathy Hilton as “relatable.”

“Was DK authentic when she confronted Kyle? Kyle is hurt but is DK? Something seems amiss or is it just me?” Camille tweeted on September 14.

“I thought this too! She started crying but stopped on a dime and her face went back to normal lol it was giving Amber Heard,” a fan wrote in response, giving a nod to the recent trial between Amber and her former husband, Johnny Depp, who she unsuccessfully attempted to sue for defamation.

“Yes, I caught that,” Camille replied.

During Wednesday’s episode of RHOBH, Kyle questioned her friendship with Dorit. As fans saw, Dorit chose to stay with Erika, who was upset about her drama-filled encounter with the cast the night before, rather than attend Kyle’s event at the Aspen store. However, rather than understand Dorit’s efforts to comfort Erika, Kyle took Dorit’s absence as a personal attack. Ultimately, the two of them engaged in a heated encounter back at Kyle’s former home.

Also on Twitter, another person mentioned Kathy, and they praised Kyle’s sister for being her true self on RHOBH and said that while she’s probably the most wealthy, she’s also the “most relatable.”

“Kathy Hilton is so damn secure in herself that she wears no makeup, hotel slippers and carries a shopping bag as a purse in Aspen. This woman is THE actual most relatable housewife and ironically, she’s probably the richest,” they shared.

And Camille felt the same.

While Kyle came under fire for criticizing Kathy’s attire in Aspen, she defended her comments during a recent episode of Watch What Happens Live, telling host Andy Cohen that she suggested Kathy was “high maintenance” because “she can be high maintenance”

“She admits that herself,” Kyle revealed. “[And] she tends to ask me for a lot cuz I’m the baby sister.”