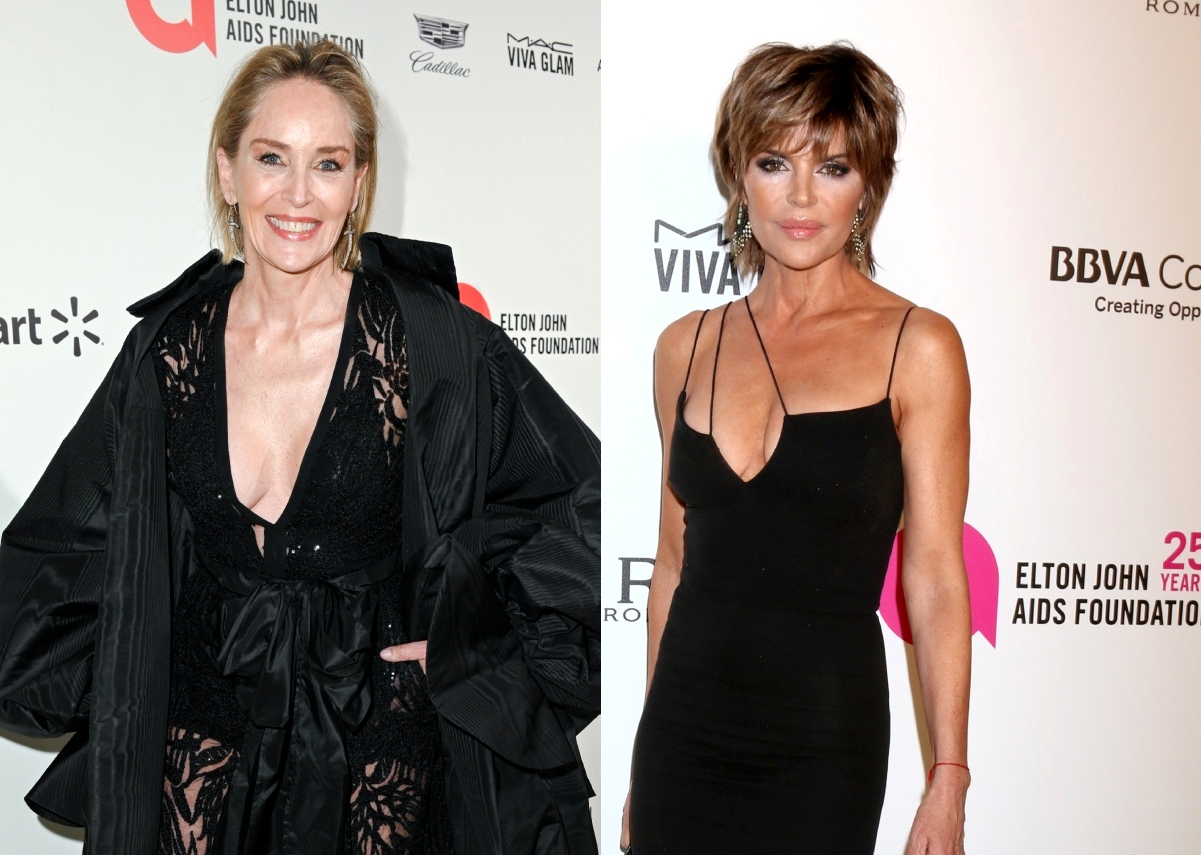 Actress Sharon Stone shared why she reacted with clapping emojis to the news of Lisa Rinna‘s exit from Real Housewives of Beverly Hills.

The reaction surprised many fans who believed Lisa and the Basic Instinct star were friends. Other viewers were thrilled by Sharon’s response and praised her for voicing their own enthusiasm.

Lisa’s departure came after a controversial season when she accused castmate Kathy Hilton of threatening her sister Kyle Richards and Bravo. Kathy denied the allegations, and many fans felt she stirred up the drama intentionally, triggering a rift between the sisters (who already have a rocky history).

On her Instagram Stories, Sharon revealed the reason for her infamous reaction.

“Just to be clear: I [love] @lisarinna, she is my friend, and the only Housewife I know and LOVE,” wrote the actress in a post shared by @queensofbravo on Instagram.

The star went on to say, “The only reason I’m clapping is I can see more of her.”

Though many were thrilled by Lisa’s departure, others wonder how the drama will survive without her. In each installment of the franchise, there seems to be one castmate who instigates most storylines (either behind the scenes or in front of the cameras).

Love her or hate her, Lisa wasn’t afraid to do ‘dirty work’ in the open. Some fans accused her nemesis Lisa Vanderpump of using similar tactics — behind closed doors and via her ‘minions.’

According to rumor, Vanderpump may replace Lisa and finally reclaim her diamond.