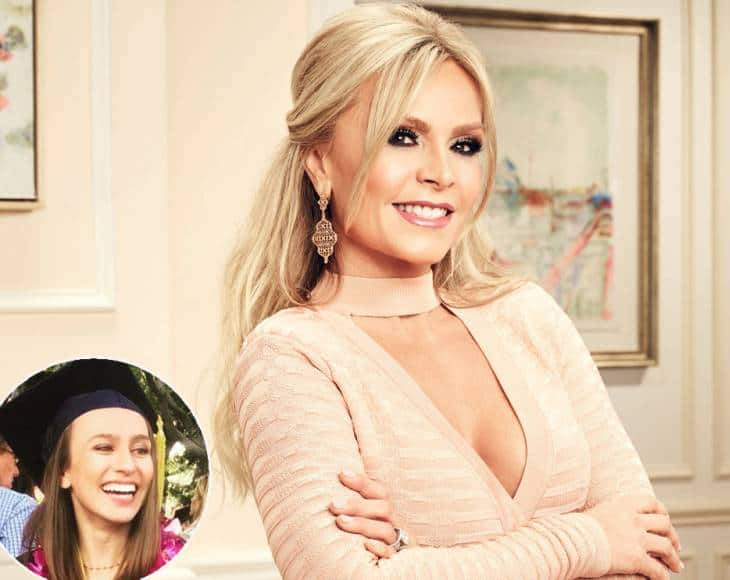 Days after Tamra Judge’s daughter Sidney Barney accused her of being a “neglectful” and “emotionally and mentally abusive” mother, Tamra is now responding to the sad allegations while also slamming her former costar Gretchen Rossi!

This all started when Sydney, 18, posted a now deleted Facebook post revealing why she wants nothing to do with Tamra. Sydney stated at the core of it all is Tamra’s refusal to stop talking about her on the Real Housewives of Orange County and on social media, citing her desire to live a private life. Fair enough. Sydney also complained that after Tamra promised not to post photos from her recent graduation, she went behind her back by blasting the pics to her social media back in June.

First Tamra credited Sydney’s post to brainwashing by her ex-husband Simony Barney tweeting: “Not surprised. #brainwashed Ask her paid for her very expensive college. I’m good when it works for her and her dad.”

Tamra also responded directly to her daughter’s now deleted infamous Facebook post. A screenshot of that is below –

“So many wonderful memories made. Although bittersweet, I want to say thank you to everyone that has reached out to me to see if I’m okay. I/We are trying our best to enjoy our vacation. Thank you to my Mom who is not taking this very well and feels the need to defend me. I love you Mom. I love my daughter and I would NEVER abuse, hurt or neglect her in any way.”

Tamra appears to have now deleted the above post. Le Sigh.

Meanwhile, she seems to have saved her anger for former RHOC costar Gretchen Rossi who for some reason inserted herself into the drama by responding to Sidney’s post.

Gretchen wrote in part, “You have no idea how your brave words are helping so many who have been wronged by your Mother’s manipulation and lies as well….so thank you for being brave enough to speak the truth. I am so sorry your mother and your family is going through any of this, especially publicly, but continue to stay strong. Your morals and strength are commendable and inspiring.”

Tamra didn’t take too kindly to that and took to her social media to respond to Gretchen and really slamming her called her both “obsessed and a “thirsty wannabe”. Yikes.

Tamra stated, “You are obsessed with my life and I haven’t even seen or spoke to you in 5 years. #MoveOn ? You have NO IDEA What my family is going through or what the truth is, Nor do you care. It’s just an opportunity for you to get your name in the press. #obsessedfreak.” She continued, “Funny you of all people should be talking about morals ?. You have none!” 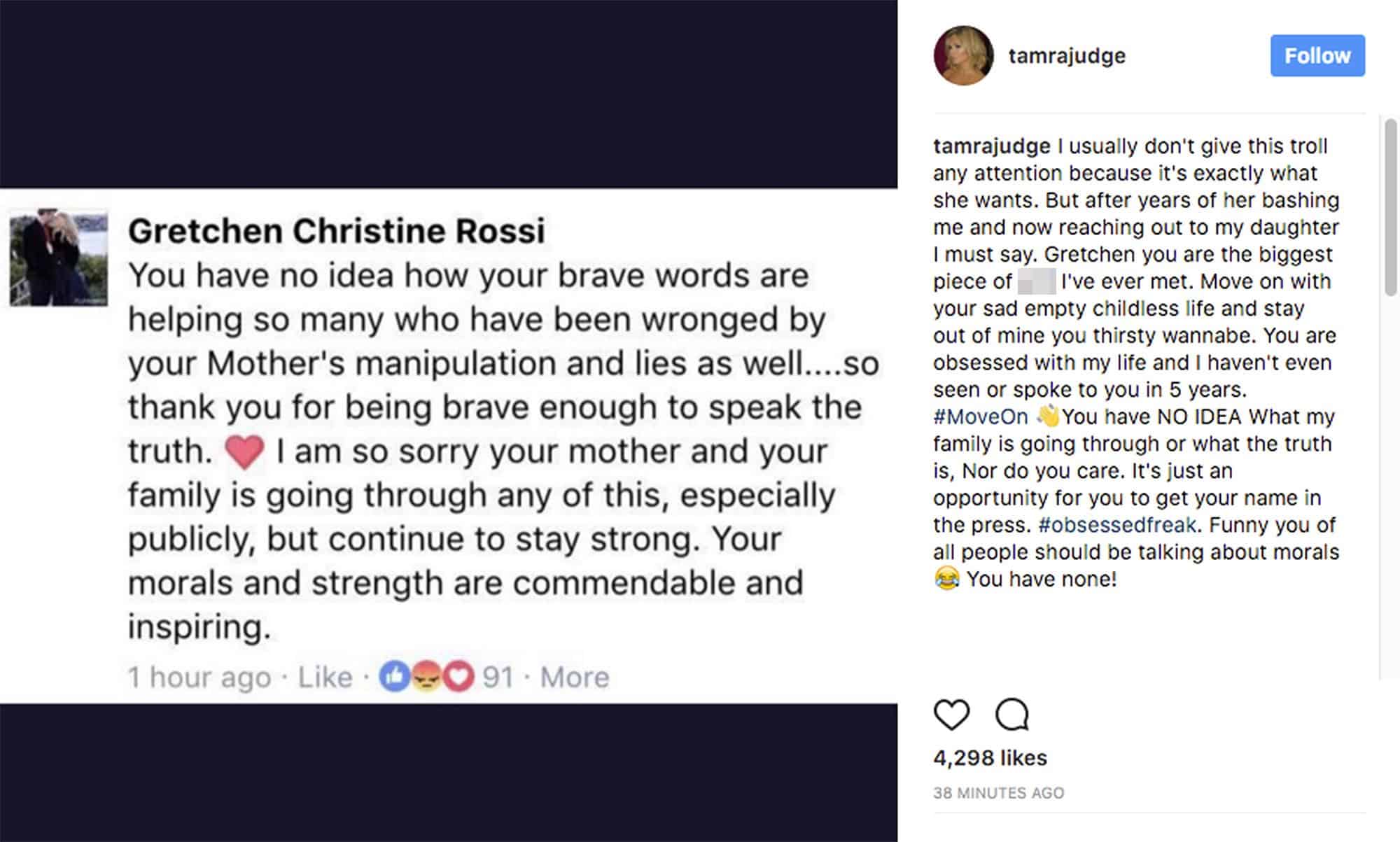 Gretchen’s response to Tamra? She tweeted. “you don’t have to be a mother to see what she is doing is wrong to her child. Her own daughter is crying out saying how wrong it is. Your really going to defend that? This is what is wrong with this world, people like you who condone bad behavior towards others especially children.”

Well, that is the latest in all of this drama. Would love to hear your thoughts!

TELL US – WHAT DO YOU MAKE OF TAMRA’S RESPONSE & GRETCHEN’S COMMENTS?