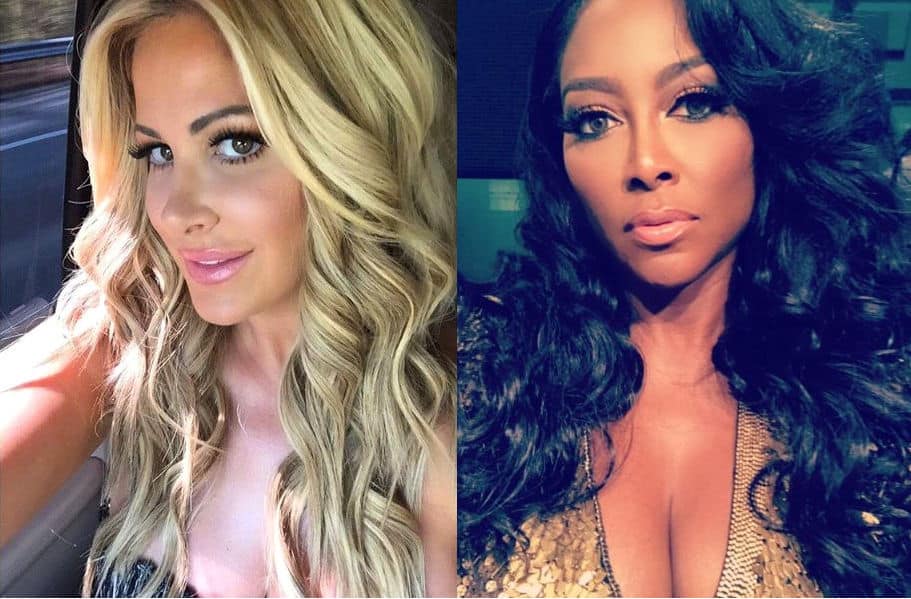 In today’s news, the drama rages on for Kim Zolciak vs Kenya Moore!

The ongoing feud of the Real Housewives of Atlanta stars doesn’t seem to be ending anytime soon as Kim, who might or might not love being in the press, is now slamming Kenya’s marriage!

Yesterday, we reported that Kenya finally shared a full frontal selfie of her husband Marc Daly who she married back in June. Kenya posted the pic with the caption:  “Happy Birthday to my husband my one and only my everything. -Your wife for life #MrsDaly”.

It seems Kim didn’t take too well to Kenya’s pic as when the popular blog The Shade Room reposted Kenya’s photo, Kim responded to the pic posting, “Lies!!”

A screen shot of that is below – 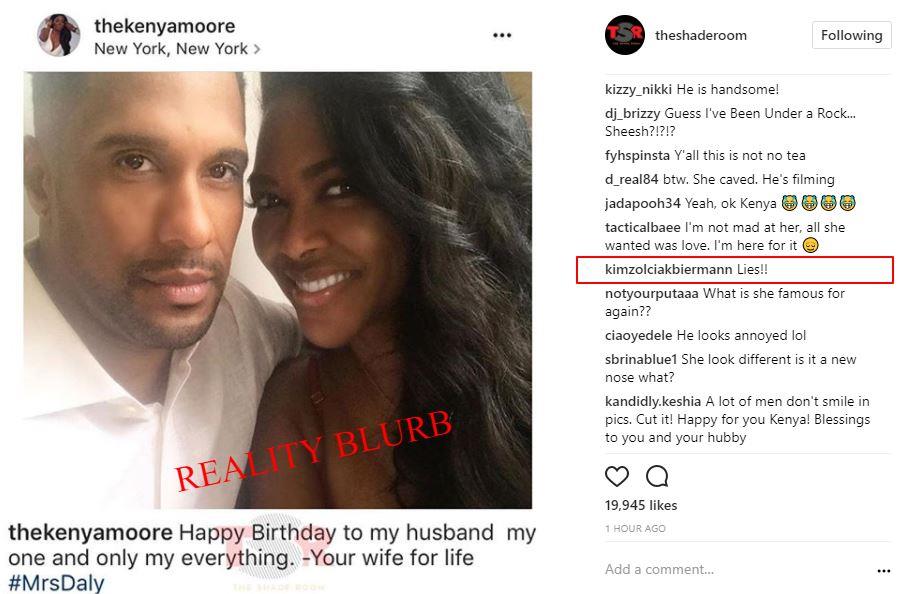 Kim appears to be insinuating that Kenya’s marriage is fake though by all appearances, it appears to be the real deal. Kenya seems to be taking the high road for now as she has yet to respond to Kim.

This isn’t the first or second time the RHOA costars have gotten into it as just last month Kim’s daughter Brielle Biermann got in on the action when she tweeted that “Kenya is a dumb ugly evil b***h.”

So much vitriol. The new season of RHOA is currently filming so it’s safe to say all of this drama will be coming to a TV screen near us soon!

TELL US – WHOSE SIDE ARE YOU ON? KENYA OR KIM?