RHOC’s Vicki Gunvalson Says Tamra Should Stop Talking About Brooks Since She Doesn’t Bring Up Sidney or Simon! 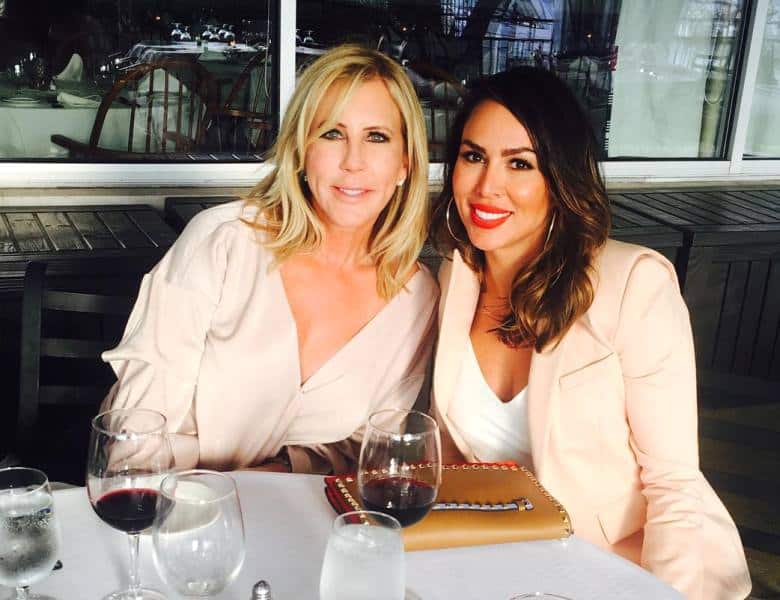 Real Housewives of Orange County BFFs Vicki Gunvalson and Kelly Dodd gave a joint interview during which they didn’t hold back when it came to slamming their castmates!

In a new interview with Chicago Splash, the ladies spoke about their strained relationship with Tamra Judge and Shannon Beador, while Vicki  brought up Tamra’s damaged relationship with daughter Sidney Barney, while also stating that Tamra and Shannon’s jobs might be in jeopardy if they continue to refuse to film with her! Wow.

First Vicki reveals she is sick and tired of all the drama and wonders why former BFF Tamra won’t stop talking about her ex Brooks Ayers, who might or might not have faked having cancer with the help of Vicki!

Vicki feels it’s “crazy” that they’re still talking about Brooks “two and a half years” after their split. “I’m not talking about Simon. I don’t care about Simon. It’s an old relationship and it’s just ridiculous that they continue to talk about it. I don’t talk about Sidney. Why doesn’t [Tamra] have a relationship with Sidney?” asked Vicki… as she talks about Tamra’s daughter!

When asked if her relationship with Tamra is salvageable, Vicki responds: ” I’m always open to salvageable relationships, but it has to be both sides. They are fixated on the past and they won’t move forward. I am over it, literally. You’ll see coming up that Tamra says I tried to attack her family and attack her marriage. That is not the case…”

Kelly also chimed in saying she finds it annoying that Tamra/Shannon do not want to film with Vicki! “You can’t film a show when people are at odds. There’s always going to be arguments like that, but if you’re refusing to… Like in Iceland, they refused to go to dinner that the guy cooked for us. It was completely rude, completely uncalled for, the girls are getting paid big bucks to film and they’re like, “I’m not going.” It’s annoying. You can’t film a show if they’re not willing to at least have some sort of friendship,” said Kelly.

Vicki adds that she thinks the ladies refusing to film with her might lead to their exit from the show. “They’re causing their own demise. If they don’t want to film, then they can go back home,” said Vicki. “They’re burying themselves,” added Kelly.

The ladies were also asked if they still kept in touch with former OC Housewife Heather Dubrow, and “We don’t talk to her,” was Vicki’s response.

The best part is when asked if Tamra is still friends with Heather, Vicki’s response was: “They were never … that was a fake friendship.” Yikes!

TELL US – DO YOU AGREE WITH VICKI?