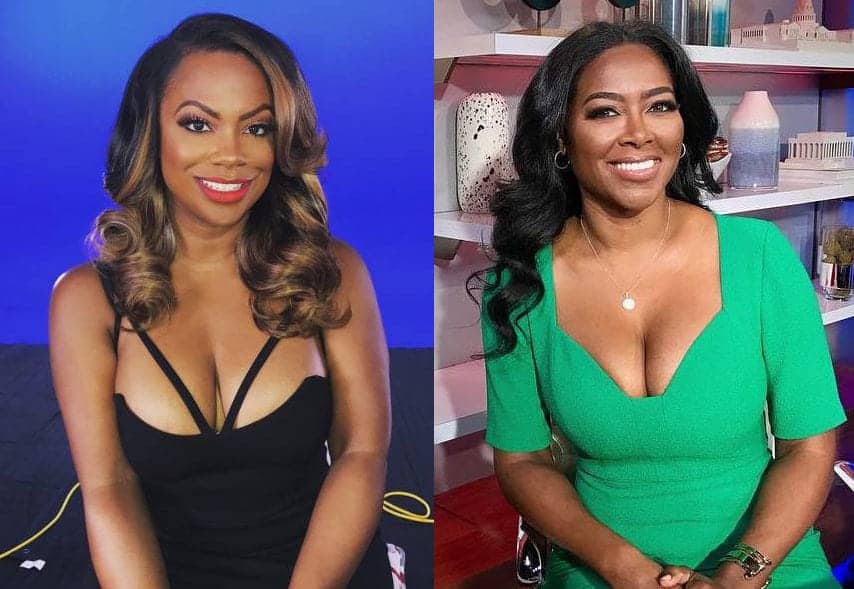 Following reports that some of her Real Housewives of Atlanta costars were doubting and attacking her marriage, Kenya Moore will be happy to know she has someone in her corner!

In a new interview, Kandi Burruss is coming to the defense of Kenya when it comes to her marriage as she makes it clear it is the real deal. In the same interview, Kandi also reveals whether or not she is back on speaking terms with Phaedra Parks.

Kandi was interviewed by Hip Hollywood this week during an event for her lifestyle brand Raising Ace and she was first asked about her RHOA costars calling Kenya’s marriage fake.

“I think it’s real. I mean she’s married!” said Kandi. “You know the other side of that coin is why does it matter to anybody else? However her marriage is, it’s her marriage, not ours. They seem to be happy. I finally got a chance to meet her husband, and he’s super cool. I’m really happy for her.”

Kandi adds that Kenya deserves happiness after all she’s been through on the show. “You got to understand she’s been going through it over the years of being on the show when it came to her relationships so I’m glad to finally see her have happiness,” added Kandi.

KENYA MOORE THREATENS TO SUE THOSE ATTACKING HER MARRIAGE!

When asked if Kenya’s husband Marc Daly will appear on the upcoming season of RHOA, Kandi reveals she’s not sure stating she met him off camera.

The topic also turned to Kandi’s former BFF Phaedra Parks who was fired from RHOA, reportedly over the very nasty rumors she spread about Kandi to Porsha Williams last season.  When asked if we can expect Phaedra to make a surprise appearance on RHOA, Kandi makes it very clear all is still not forgotten!

“That ain’t got nothing to do with me,” said Kandi when asked about Phaedra’s future on RHOA.  “I don’t know. I haven’t done any scenes with her. I haven’t seen her. That’s all I can tell you.” Can’t say we blame Kandi!

TELL US – DO YOU WANT TO SEE PHAEDRA BACK ON RHOA?