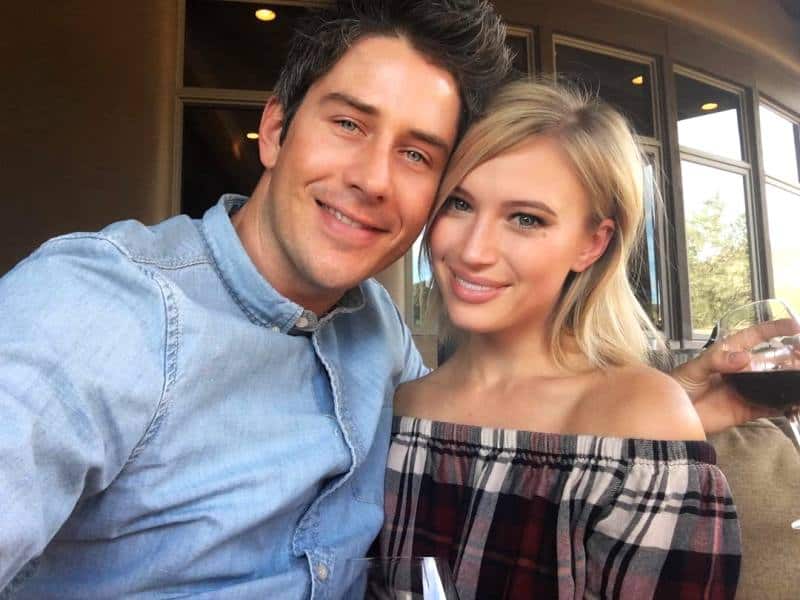 It’s only been 24 hours since ABC announced Arie Luyendyk Jr. as the new Bachelor and he is already being called the dirtiest Bachelor ever! Quite sure that wasn’t the reaction the show’s producers were going for.

The reason? Let’s just say a lot of Arie’s dirt has been exposed since the announcement, and it ain’t pretty folks!  For starters Arie is being accused of breaking up with his girlfriend just days before he was announced as the Bachelor, a number of his exes are coming out accusing him of being a cheater, plus his ex BFF and former Bachelorette contestant Jef Holm is calling him “disgusting”. Yikes.

Following ABC’s announcement yesterday, there were some rumblings on Twitter that Arie, 35, might already have a girlfriend. But fret not as it appeared he no longer has one because he apparently dumped her just days ago so he could be the next Bachelor!

The girlfriend in question is Sydney Stempfley (pictured above with Arie) who has been dating him for over a year and has several photos of herself with Arie up on her Instagram page, with the latest one being from June. This led many to wonder if Arie was truly single or not.

Well today ET is reporting Arie was dating Sydney, a 26-yr-old receptionist from Scottsdale, Arizona and only broke up with her two nights before the official announcement yesterday so he could do the show.

A source tells ET that Arie and Sydney were in a very committed relationship and that he even attended work events with her although “everyone hated him.”

Indeed Sydney appeared to take a swipe at her new ex on Twitter writing, “The show would be perfect for @ariejr up until it comes to choosing just one ?”.  A screenshot of that is below. 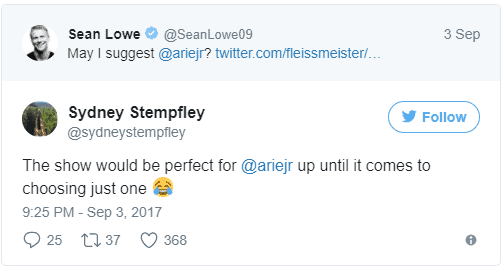 Unfortunately for Arie, Sydney wasn’t the only ex calling him out as former Bachelor winner Courtney Robertson, whom he dated following her break up with Ben Flajnik, also called him a cheater in her 2014 memoir,  I Didn’t Come Here to Make Friends: Confessions of a Reality Show Villain.

In the excerpt below, Courtney, 34, revealed how she found out Arie had been cheating on her with another woman the entire time they were dating. 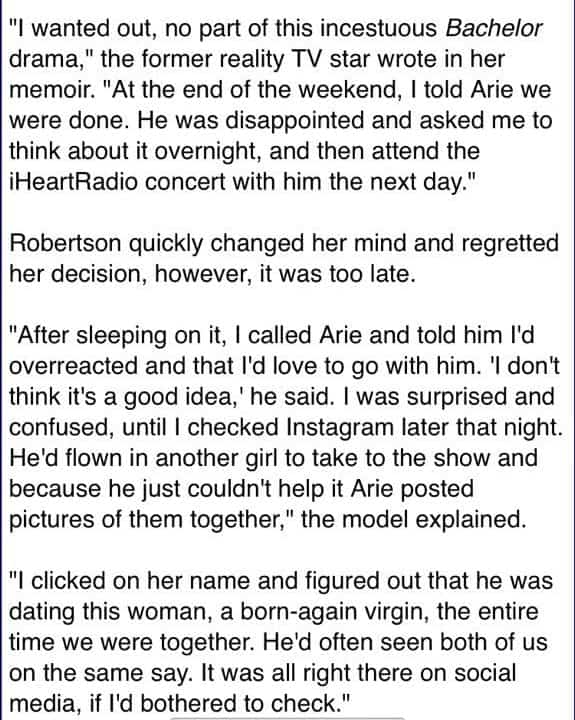 And just in case you needed more proof that Arie is one dirty dog, even his former BFF Jef Holm is dissing him.  Following their season as contestants on the 2012 season of the Bachelorette featuring Emily Maynard, the two struck up a friendship and started hanging out.

However that friendship is definitely dunzo as Jef slammed Arie on Twitter stating he stopped being friends with Arie years ago because he is “disgusting”.  Jef first started by subtweeting Arie, writing: “Oh the stories I could tell…” right after Arie was announced as the Bachelor. He later tweeted, “I’d rather see a double bachelor” to Bachelor producer Mike Fleiss.  Those tweets are below. 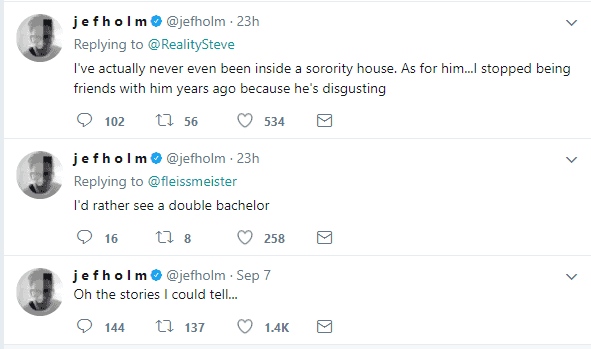 So what is this reference about a sorority house? Well a user on Reddit alleged both Arie and Jef had a penchant for hooking up with college sorority girls! A screenshot of that is below – 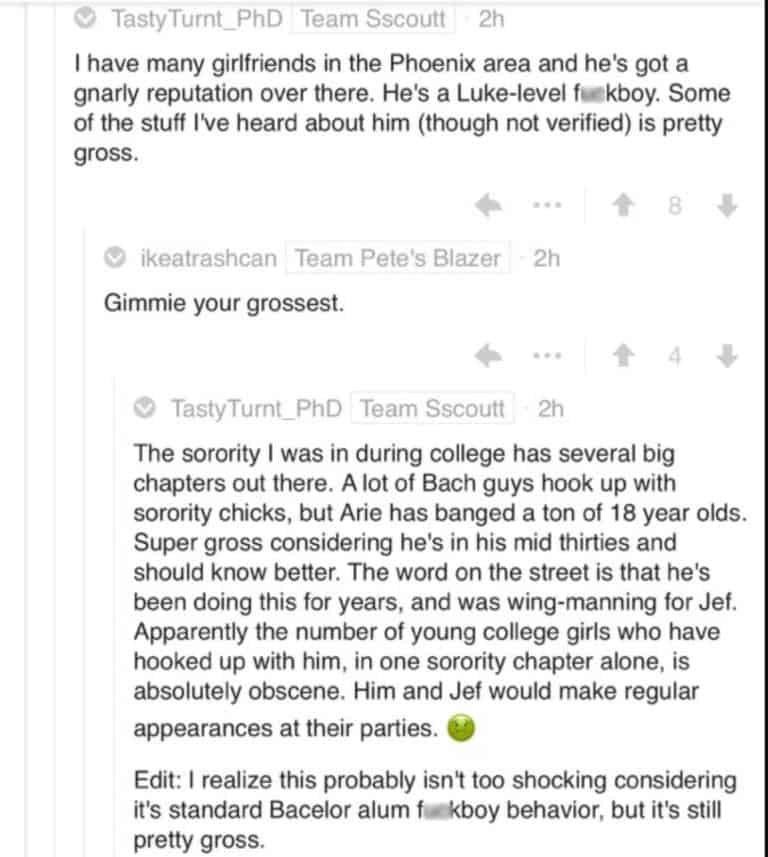 A Reddit user made these allegations about Arie Luyendyk Jr

Finally, Bachelor blogger Reality Steve also made it clear he is no fan of Arie’s in a series of tweets yesterday.

“You’re being sold a load of crap with Arie. The biggest dog they’ve ever cast as lead in Bachelor history. Good luck. He’s gonna need it,” tweeted Steve, later adding: “They’re definitely gonna get the tabloid coverage they want this season, that’s for sure. You should see my inbox already. Holy cr*p.” Screenshots are below.

While there’s even more dirt and more ex-girlfriends out there calling him a cheater, quite frankly we would be here all day if we mentioned them all.  No word yet on how ABC/Bachelor producers will react to all of these sordid accusations about Arie. 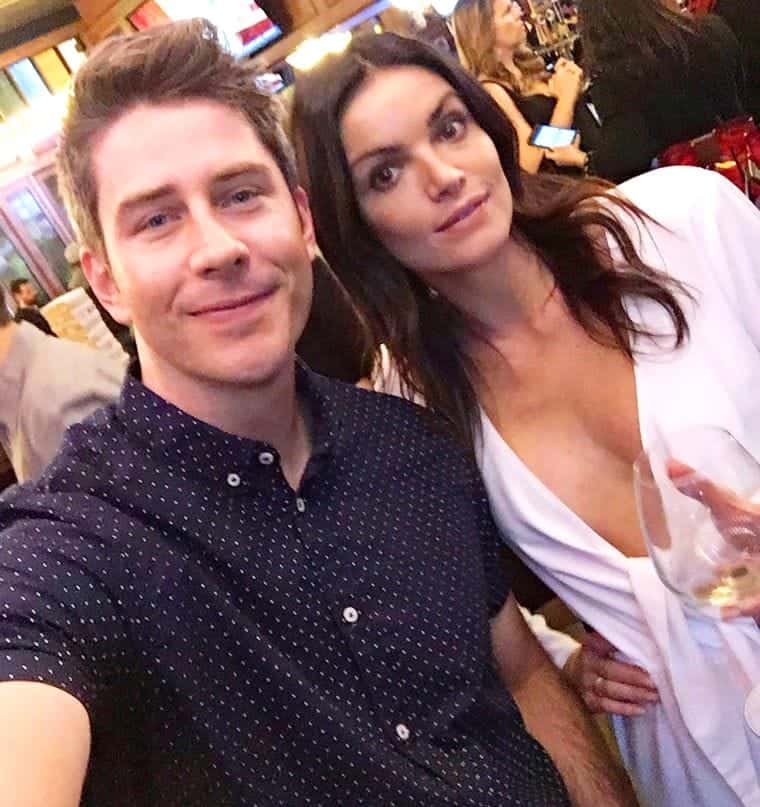 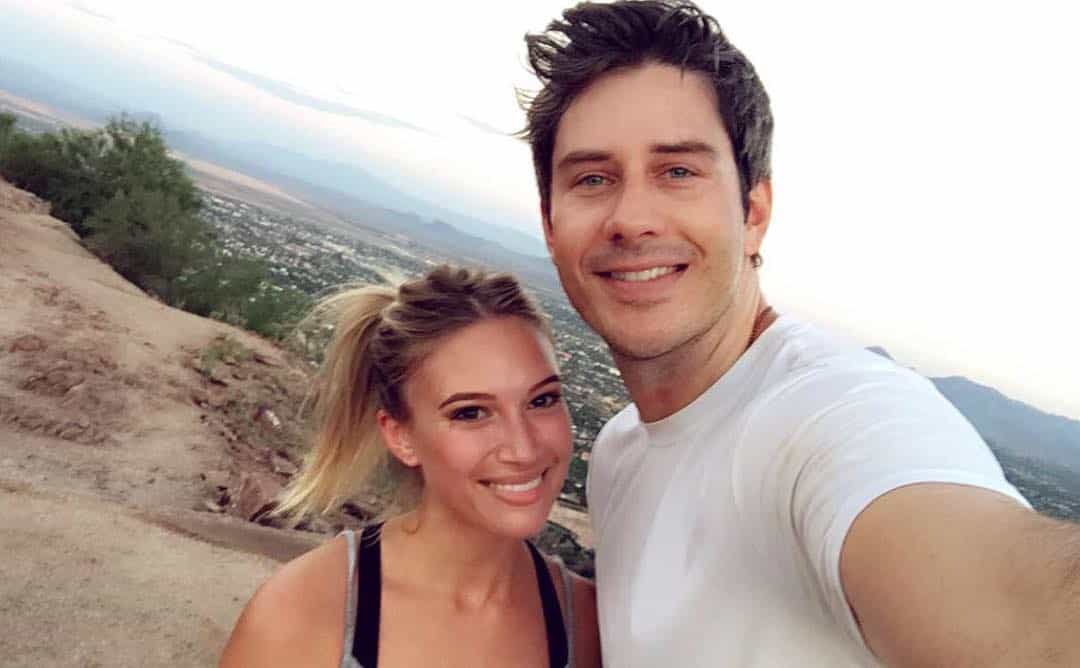 Arie with very recent ex girlfriend Sydney Stempfley. He allegedly dumped her to be the Bachelor.

My actual ride or die

TELL US – ARE YOU SURPRISED TO READ ABOUT ARIE’S DIRTY PAST?