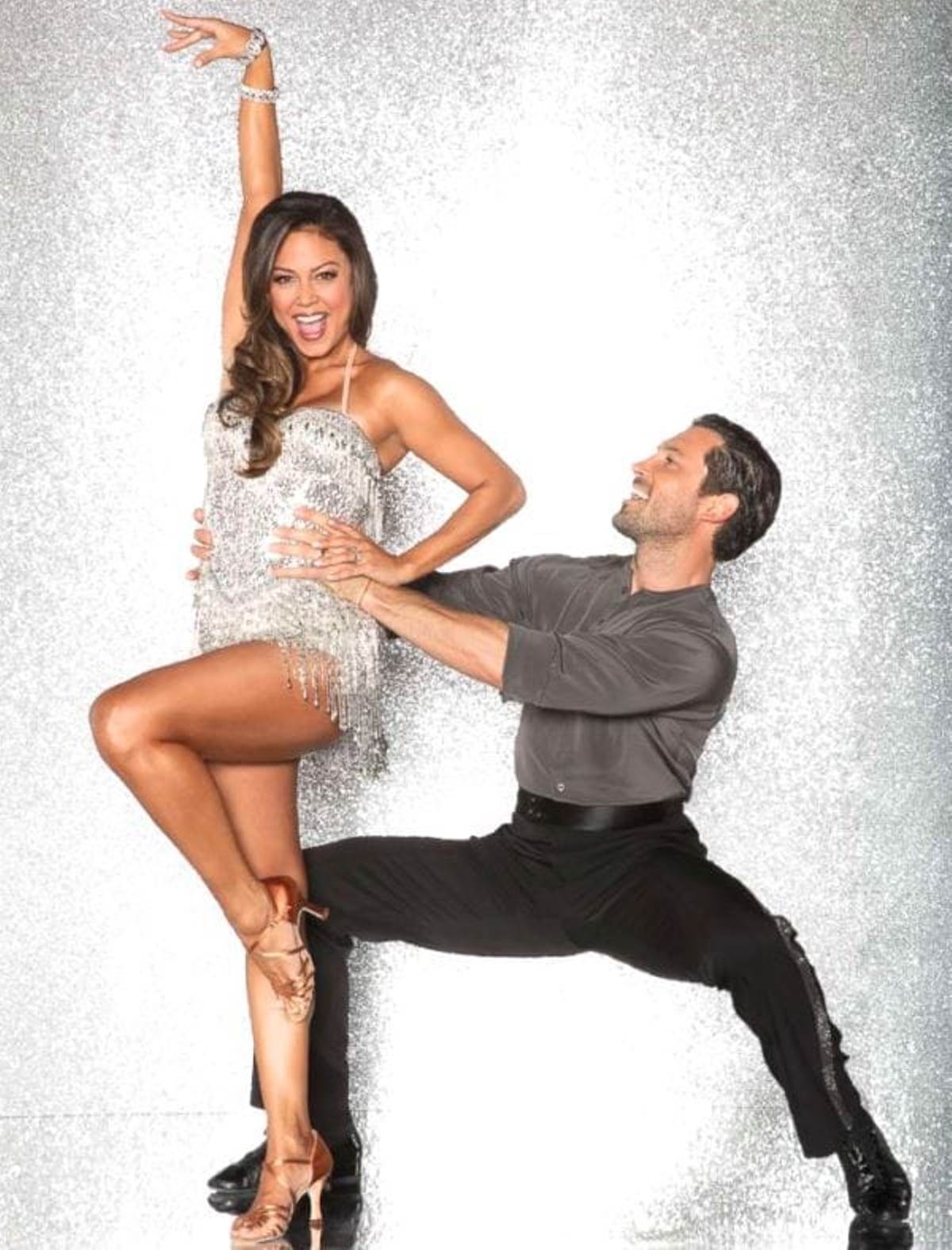 Fans of Dancing With the Stars were stunned on Monday night when host Erin Andrews announced Maksim Chmerkovskiy would not be taking the stage with his celebrity partner Vanessa Lachey!

“Maks is dealing with a personal issue so Alan is stepping in and dancing with Vanessa tonight,” said Erin, referring to pro Alan Bersten, who got eliminated last week with partner Debbie Gibson.

However multiple reports today are now revealing there was no personal issue and that Maks skipped the show due to some major drama with Vanessa! Even worse, things are so bad between the dance partners that he might not return to dance with her again this season. Yikes.

A source tells Us Weekly that the partnership between the duo is “not going well.” The insider adds that “there is a lot of fighting going on behind the scenes.”

Maksim, 37, and Vanessa, 36, are apparently both hot heads hence the reason they are not getting along.

“Their personalities are very similar so they disagree about everything. They refuse to give into one another,” the source adds . “They’re playing nice for the cameras but both are miserable paired with each other.”

PEOPLE magazine is also reporting the same confirming that Maksim chose to skip last night’s show due to his issues with Vanessa and her attitude.

“There’s a big chemistry issue,” an insider tells PEOPLE. “They both have big personalities and that’s not always the best recipe for a good partnership.”

Even more surprising, things are apparently so bad that there’s also a chance Maks might not return to dance with Vanessa this season!

“I wouldn’t be surprised if Maks doesn’t return as her partner for the rest of the season,” adds the source.

Another report by Radar Online states Vanessa has been acting like a diva and Maks is simply over it!

“Vanessa thinks she’s the pro and the star and doesn’t want a partner – she wants an employee who does what she says,” the source reveals. “Maks is done with her and might not return to the ballroom.”

“Vanessa’s ego is just through the roof,” an on-set source told Radar last month stating that the most of the DWTS cast cannot stand her. “She acts like she is this huge celebrity, and is really just a big diva!”

As for their spouses, Nick Lachey and Peta Murgatroyd, who are also dance partners, they are faring much better and actually getting along well.

“Nick and Peta are totally fine,” the source tells US. “Nick is awesome. He’s very laid back and sweet. Peta just goes with the flow, she’s easy.”

TELL US – WHO DO YOU THINK IS TO BLAME FOR THE DRAMA BETWEEN MAKS & VANESSA?