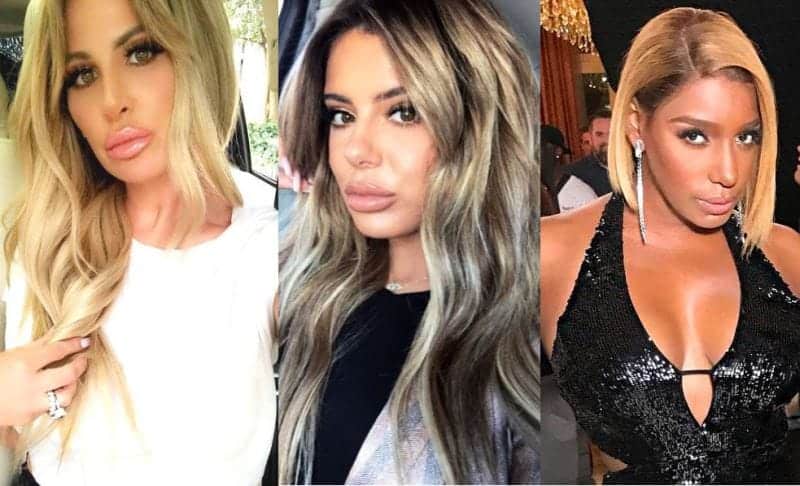 The latest is Kim taking to her Twitter to insinuate that her former friend Nene abuses prescription pills, and even worse Kim’s daughter Brielle Biermann also chimed in, before Nene clapped back at them and threatened to sue.

It started when Kim tweeted over the weekend, “I see she got a refill again ?”.  Brielle then responded to her Mama, “Just because it’s prescribed doesn’t mean you can’t abuse it! #chageurdose“.

It didn’t take long for Nene to respond, writing “See what I’m saying! Kim hasn’t been around me in years. When she came to my white party, it was the first time I had been around her in years! She would be the last to know anything abt me. She gone find herself in court if she keeps playing this game#whitetr*sh #racist”

This is the latest after Nene got upset due to Brielle posting a snapchat video from Nene’s home and falsely claiming a bug crawling on the floor was a roach. Kim then sent the video to their RHOA castmates last week according to Nene, which led to her going on a rant during which she called Kim ‘racist’ and Brielle ‘racist trash’.

In other news, is Brielle next in line for her own spin-off show?! For reals!

TMZ caught up with the 20-yr-old Don’t Be Tardy star and her baseball player beau Michael Kopech, during which the couple revealed they would be open to doing their own reality show if they got married!

Just what the world needs, another spin-off show.

TELL US – TEAM KIM/BRIELLE? OR TEAM NENE? WOULD YOU WATCH A BRIELLE SPIN-OFF?