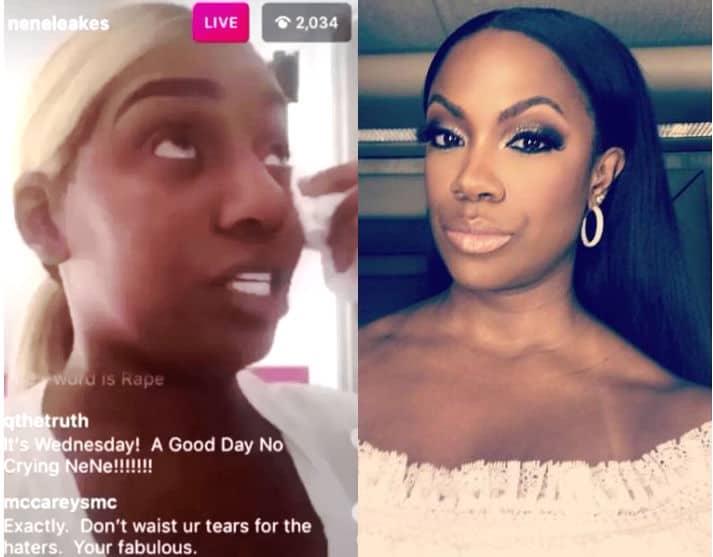 Days after a fan posted a video of Nene Leakes telling a female heckler at a comedy show that she hoped she got raped by an Uber driver, the Real Housewives of Atlanta star continues to feel the heat amidst the continued backlash.

The negativity appears to be getting to the Bravo star as she had somewhat of a breakdown on Instagram Live.

In the video, posted below, Nene, 49, can be seen shedding tears as she once again tries to apologize for her vile comments.

Through the tears, Nene can be heard telling her fans, “At the end of the day…I never want to cause harm to anybody else, not in that kind of way.” She adds, “Everybody who knows me knows that I never would want that to happen.”

Her apologies however aren’t helping much when it comes to her career gigs. Following an earlier report that Bravo might fire her over her comments, her RHOA castmate Kandi Burruss has dropped her from her upcoming Xscape tour.

See Kandi announced a few weeks ago that Nene would be the host for her group tour but following the rape comments, Nene has now been fired from her hosting gig. Many fans noticed all mention of Nene had been removed for the group’s social media pages and promo materials.

“Like many, we were dismayed by the recent remarks made by our talented colleague and friend Nene Leakes. As a result, we have decided to no longer proceed with her participation on our tour. It was an unfortunate incident for which Nene has since apologized and we wish her the best as she navigates this very difficult period. As strong supporters of all women, we know this decision is what is best. Our hearts go out to all female victims and we stand with you! This tour is for and about our fans and we want to provide an entertaining and enjoyable experience for every single person who attends. As always, we are grateful for the love and support and we look forward to seeing all of you at “The Great Xscape tour.”

Kandi definitely didn’t have much of a choice here as many fans were calling for Nene to be dropped once the video of her making the rape comment started making the rounds. 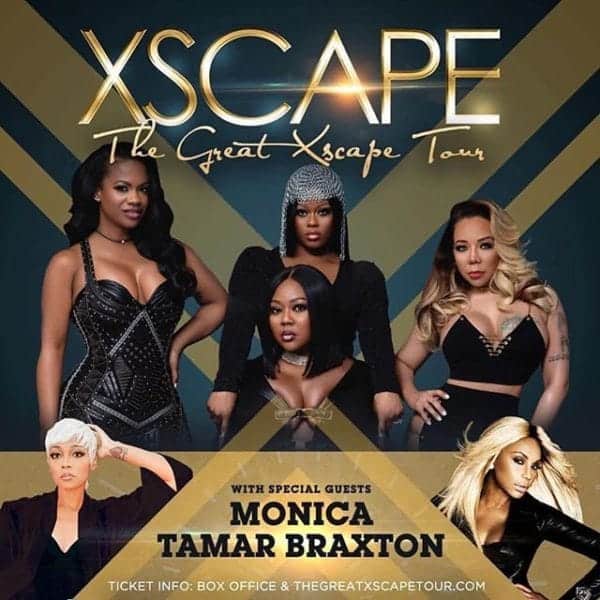 Kandi fired Nene from her upcoming Xscape tour due to backlash from her comments.

TELL US – DO YOU BELIEVE NENE IS TRULY SORRY? SHOULD KANDI HAVE FIRED HER?