Home Real Housewives of Atlanta News REPORT – Nene Leakes Is “Furious” & Feels “Betrayed” by Kandi Burruss for Firing Her! Reveals She Had a “Breakdown”

REPORT – Nene Leakes Is “Furious” & Feels “Betrayed” by Kandi Burruss for Firing Her! Reveals She Had a “Breakdown” 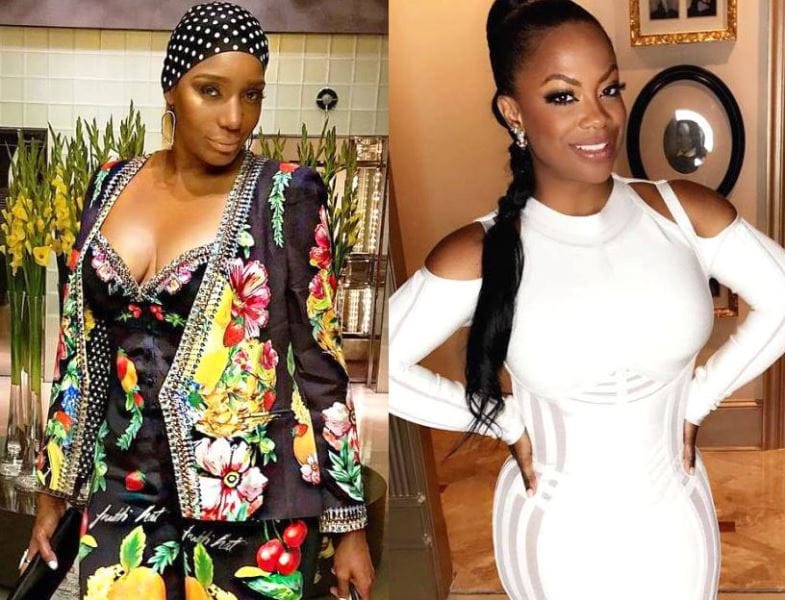 In today’s not so shocking news, Nene Leakes apparently feels like she’s a victim after Kandi Burruss fired her from hosting her music group Xscape’s tour, following her vile comments when she wished rape upon a female heckler during a comedy.

According to a new report, Nene is “furious” and feels betrayed by her Real Housewives of Atlanta costar Kandi.

“NeNe feels totally betrayed right now. She considers all those girls friends but especially Tiny [Harris] and Kandi [Burruss],” a source close to NeNe tells the HollywoodLife. “She‘s had their backs many times and now when she needs them, poof they disappear. She still can’t believe they’re kicking her like this when she‘s already down. She knows her comment was out of line and she‘s owned up to it and apologized. She and Tiny have been friends for years, she‘s hurt that her dear friend doesn’t have more loyalty.”

Wowzers. Must say that doesn’t sound like someone who is truly remorseful for her bad actions! Plus Kandi didn’t have much of a choice as Xscape fans were calling on her to fire Nene.

Continuing her victim plight, Nene recently got on Instagram Live during which she revealed that she actually had a breakdown following the backlash from her rape comments.

“A lot of people know me as Nene who’s laughing and talking, a lot of don’t know me as NeNe who would break down. I actually had a real breakdown,” said Nene.

But fret not as Nene assures us she’s completely fine now!   “Trust and believe me guys, I’m so OK.” she said. “I’m in a great place today. I can’t say that I’ve been in a great place these last few days, but I am so OK. I am so OK with everything.”

Nene also shared that she is now ready to move on from the disastrous performance.

“I never imagined ever ever ever stepping on stage and somebody screaming out ‘Go kill yourself’ to me,” she said. “It literally took me somewhere else. I have apologized. I have let it go.”  Oddly enough, other fans who were in attendance have refuted Nene’s claims that the heckler told her to go kill herself.

Nene did close out her video by thanking her fans for their support.

“Thank you guys. Thank you so much,” she said. “Thank you. I am blessed and I am overwhelmed. I appreciate all the love.”

Meanwhile Nene was caught yesterday liking a shady comment about Kandi. You can see that below.

TELL US – DOES NENE HAVE A RIGHT TO FEEL BETRAYED BY KANDI?