Home Real Housewives of New Jersey News REPORT: Teresa Giudice Planning to Divorce Joe Once He Gets out of Prison! Plus Joe Getting His GED Behind Bars

REPORT: Teresa Giudice Planning to Divorce Joe Once He Gets out of Prison! Plus Joe Getting His GED Behind Bars 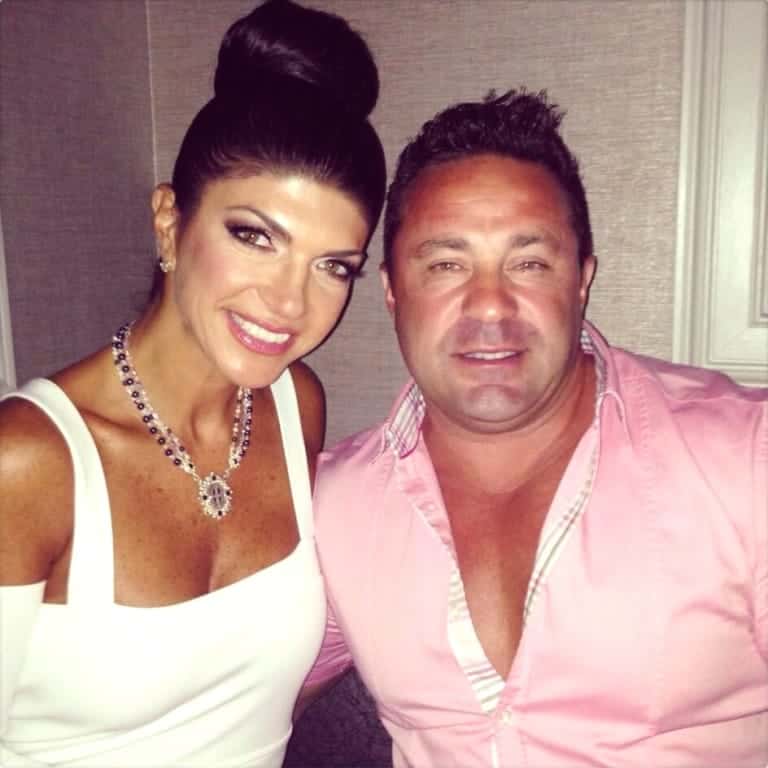 Is this divorce really happening?

that she might divorce husband Joe Giudice, a new report is now claiming she is planning to do just that once Joe gets out of prison. Yikes!

According to a new report by In Touch Weekly, the Real Housewives of New Jersey star is more than ready to end her marriage.

“Teresa is done with Joe and is already making plans for a life without him,” a source reveals. “After everything, Joe put her through, she feels she deserves the freedom to do whatever she pleases. She hits the bars and clubs all the time and enjoys herself. She has moved on from Joe and is on the prowl looking for a new, rich man.”

Indeed the 45-year-old mom-of-four, who has been rumored to have a boyfriend on the side, has been open about her uncertainty over the future of her marriage once Joe finishes his 41-month sentence in 2019. “People think that I’d never leave Joe. But that’s not the case,” she wrote in her new book, Standing Strong

. “If things with Joe aren’t good… between us when he gets home, I’d absolutely end our relationship.”

The insider adds that Teresa is living as if she’s already made up her mind about the divorce “She literally has been asking friends, ‘Tell me where all the hot, rich men hang out. I want to go there!’” the source states. “Teresa is clearly ready to move on.”

The source however adds that Teresa will still be somewhat sad about the split. “She adored Joe. She loved him to death and has always been loyal to him — until now,” the source stated. “She is sad things have come to this, but she is looking forward to a bright future.”

Another point of contention for the couple is the fact that Joe will reportedly be deported once released from prison as he was brought to this country illegally when he was young, and never fixed his citizenship issues before being convicted.

Meanwhile TMZ is giving us an update on what life is like for Joe in prison.

The site reports Joe has lost 45 pounds since he began his sentence 18 months ago for bankruptcy fraud. He’s reportedly been working out a lot and has changed his diet dramatically.

Even better, Joe is also studying hard and is currently getting his GED. Good for him for making some positive changes behind bars.

TELL US – ARE YOU SHOCKED BY THIS REPORT? DO YOU BELIEVE TERESA WILL DIVORCE JOE?