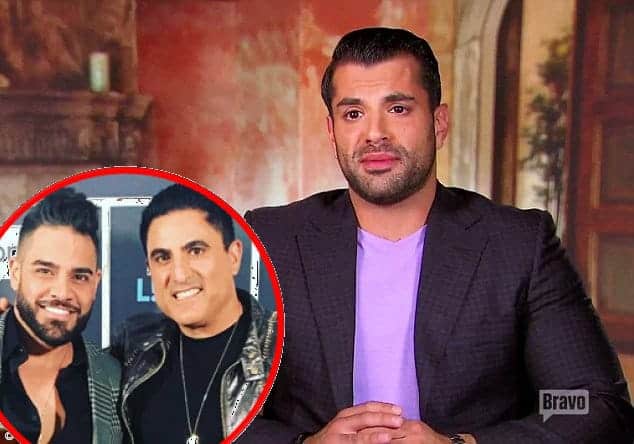 The reason? Well it all stems from Reza and Mike’s Sunday night appearance on Bravo’s Watch What Happens Live during which they started attacking Shervin for no particular reason.  Reza went as far as to call him the “fakest human being” on the show, and made some comments about his sexual performance implying that Shervin didn’t err succeed in his attempt to sleep with Golnesa “GG” Gharachedaghi’s sister Leila Gharachedaghi.

Reza stated, “Because Shervin was trying to bone Leila Gharach aka GG’s sister. He was trying but couldn’t get it up… Shervin is the biggest con artist on Shahs of Sunset. He is literally the fakest human being. My mom goes can you be more like Shervin? But Shervin’s a con artist.”

Reza was responding to a question by Andy Cohen on whether or not they thought Shervin was being truthful when he says he didn’t cheat on his then girlfriend Annalise Carbone. Mike joined in by laughing and even fell out on the floor from laughing so hard.

Well Shervin took to his Instagram hours ago and laid into his castmates! First he took a shot at Mike.

He wrote, “It’s sad to see people let jealousy blind them. For all I have I wish everyone else ten times more. It can’t be easy to be the older, less attractive, mamas boy and have to be compared to everything ur not and have always wanted to be.” 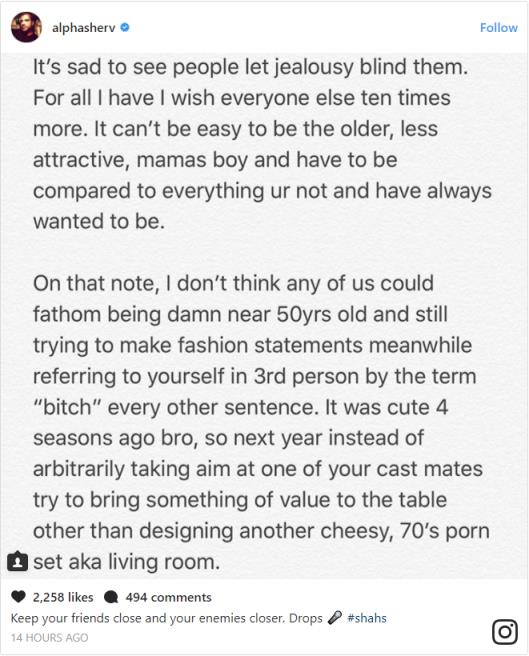 Mike and Reza have yet to respond to Shervin’s diss. The first part of the SHAHs reunion airs this upcoming Sunday on Bravo. Feel free to check out the dramatic reunion trailer!

TELL US – THOUGHTS ON SHERVIN’S COMMENTS ABOUT MIKE & REZA?