Home Real Housewives of Beverly Hills News Adrienne Maloof Is Returning to RHOBH! Plus Is Lisa Vanderpump In Touch with Eileen Davidson?

Adrienne Maloof Is Returning to RHOBH! Plus Is Lisa Vanderpump In Touch with Eileen Davidson? 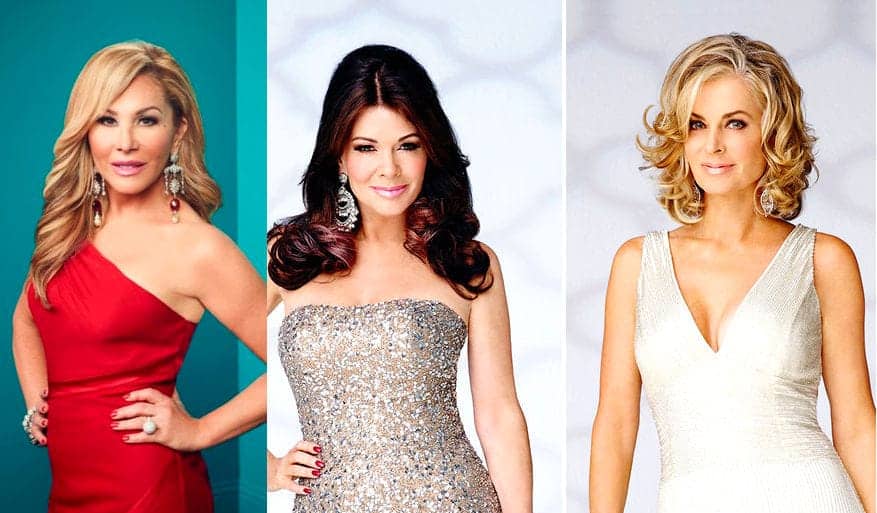 It had been rumored for a while but now a new report is confirming that Adrienne Maloof is definitely returning to the Real Housewives of Beverly Hills as a cast member.

This comes four years after she left the Bravo hit series back in 2013.

“Adrienne is super excited to be returning to Real Housewives of Beverly Hills,” a production insider tells Radar Online.

It is however unclear if she will be coming back as a full time housewife or a friend of the housewives.  The insider states, “She’s definitely going to be back on the show” and is said to “still be working out details on the contract.”

It has also been reported that OG Camille Grammer is returning to the show as well.

In other RHOBH news, what is the current status of Lisa Vanderpump and Eileen Davidson’s relationship? And are they keeping in touch?

Well Lisa was asked this exact question during her recent premiere party for her documentary — The Road to Yulin and Beyond. “Well I didn’t have the greatest time with her,” said Lisa to the Daily Dish before adding, “I invited her tonight.”

Lisa was then asked if Eileen was in attendance and she replied, “No she’s not.”

You can check out that interview with Lisa below. So for now it seems things are still icy-ish between the two ladies.

This comes months after Eileen announced she was leaving the show in July.

“After a lot of careful thought, I’ve decided because of my crazy schedules at The Young and The Restless, as well as Days of Our Lives, it’s best for me and my family if I step away from being a Housewife for now,” said Eileen in a statement. “But you never know, I might be popping in from time to time just to see what the ladies are up to! Thanks for your love and support guys!!!”

TELL US – ARE YOU EXCITED ADRIENNE IS RETURNING? DO YOU THINK LISA & EILEEN CAN BECOME FRIENDS AGAIN?