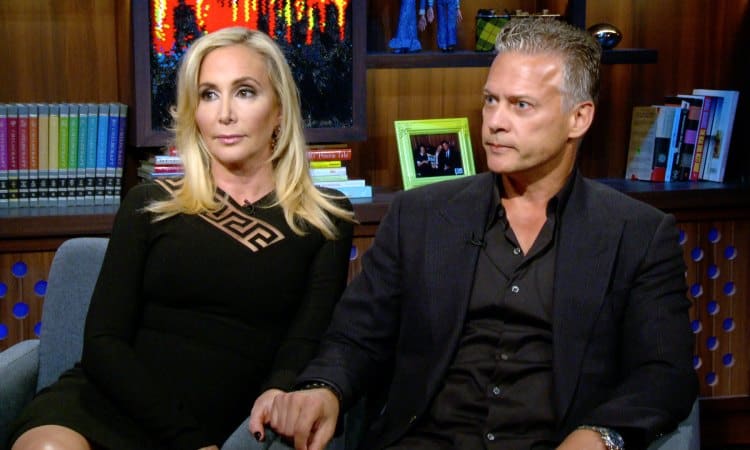 This is the same case that Shannon’s Real Housewives of Orange County castmate Vicki Gunvalson has referenced many times on the Bravo series.

To give you a little more background on the case, David, 53, was charged with battery against Shannon, 53, back in 2003.

And while Shannon has tried to downplay the incident claiming on the show that David has never laid a hand on her, the uncovering of this protective order paints the picture that the incident was more serious than she likes to let on.

Radar Online obtained records from the Orange County Superior Court which show a district attorney requested to protect Shannon from the father of her children three months after he was arrested and charged with assault and “battery against a cohabitant.”

The PO, which was signed off by a Judge in May of 2003, stated David ‘must not annoy, harass, strike, threaten, batter, stalk destroy personal property of, or otherwise disturb the peace of the protected person.’

David was also ordered to surrender any firearms within 24 hours after the order was issued.

Just three months prior, David was facing charges of assault and battery following a February 16, 2003 incident during which Shannon called the cops. He took a plea deal, and the charges were eventually dismissed in April 2006 after an informal probation period. The protective order was also dropped eventually.

The fact that the PO came three months after the battery charge might disprove Shannon’s past claims that she only called the cops to end a heated argument with her husband.

“There was no abuse, no physical anything. We had an argument that was resolved very quickly afterward. I just thought that if I called the police, the fight would end. We’ve moved on. It’s over and done,” said Shannon back in 2014 as she tried to minimize the arrest.

This revelation also comes weeks after it was reported that Shannon and David had hit a low point in their marriage and might be on the brink of divorce.

Vicki, former friend of Shannon’s, has made claims on the RHOC that there has been another domestic violence incident involving Shannon and David in recent years, citing that she had proof in the form of text messages and photos. Shannon has vehemently denied that, and Vicki has since admitted she doesn’t have any proof.

TELL US – WHAT ARE YOUR THOUGHTS ON THIS NEW REVELATION?