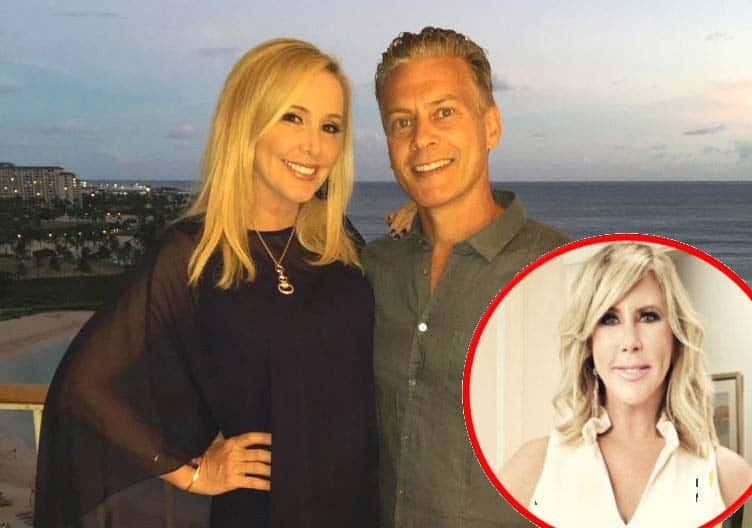 More details trickling out today about David Beador’s past arrest for battery and assault following a domestic dispute with his wife Shannon Beador.

While Shannon has tried to downplay the couple’s past domestic violence incident on the Real Housewives of Orange County, it was reported yesterday that Shannon was granted a protective order against David three months after the incident back in 2003.

Today, a new report is shedding more light on what occurred as it’s revealed David was ordered to attend a ‘Batterer’s Treatment’ program following his arrest.

Shannon has referred to David’s past battery arrest as an “argument” that was “quickly” resolved, but Radar Online is reporting today that the case spanned out over the course of three years with court documents revealing David was ordered to participate in a batterer’s treatment program.

According to the timeline, David, 53, was arrested and faced a misdemeanor charge of “battery committed against a spouse,” on March 4, 2003.  A crime punishable with up to a year in jail.

He was then released on bail “on the condition” he followed the rules of a protective order that required he “must not annoy, harass, strike, threaten, sexually assault, batter, stalk destroy personal property of, or otherwise disturb the peace” of Shannon.  He was also forced to get treatment.

“Defendant is ordered to attend batterer’s treatment program and weekly counseling and therapy and show proof at pre-trial,” stated the documents on April 3 of that year.

At first David pled not guilty, but months later in May he changed his plea to guilty after copping a deal with prosecutors.

As part of that deal, he was placed on three years of informal probation, and also agreed to pay a domestic violence fee, give a donation to a battered women’s shelter, and complete eight hours of community service.

Instead of serving ten days in jail, David was allowed to serve his time in a community work program.

Records show he completed nine months of the batterer’s treatment program by February 2004, and ultimately completed his probation in April of 2006.

Upon completing his probation, he was allowed to change his plea to not guilty, which led to the case being dismissed.

The issue with Vicki is that she has spent the past two years claiming that Shannon sent her texts and photos that showed David had abused her. Shannon denied this. Vicki repeated her claims of having proof again on this latest season of the show.

And then last month, she finally came clean when she admitted she didn’t have any proof claiming she lost the “evidence” when her old phone died. But based on the timeline Vicki herself provided, it would appear she continued to lie about having proof even after she knew she no longer did.

So based on that information, I’ll leave it up to you to decide whether or not Vicki was being truthful about everything.

My issue with Vicki is that domestic violence is a very serious issue… sometimes an issue of life and death. If Shannon had been abused by David again, then that isn’t something you blurt out on national TV as a means to hurt someone… someone who confided that to you in secret and trusted you to keep that secret. It isn’t something you use to threaten someone to be your friend or to support your lies or else face their deepest darkest secret being exposed to the world — which could even lead to more abuse by their spouse.  I personally found Vicki’s actions deplorable. And the fact that she continued to bring it up whenever she got mad at Shannon a season later is just awful.

As for Shannon and David, they have yet to comment on these latest reports.

TELL US – THOUGHTS ON THE LATEST? DOES THIS VINDICATE VICKI?