Danielle Staub Reveals Why She’s “Upset” with Bravo, Plus Melissa Gorga Says She Was “Shocked” at Teresa’s Comments 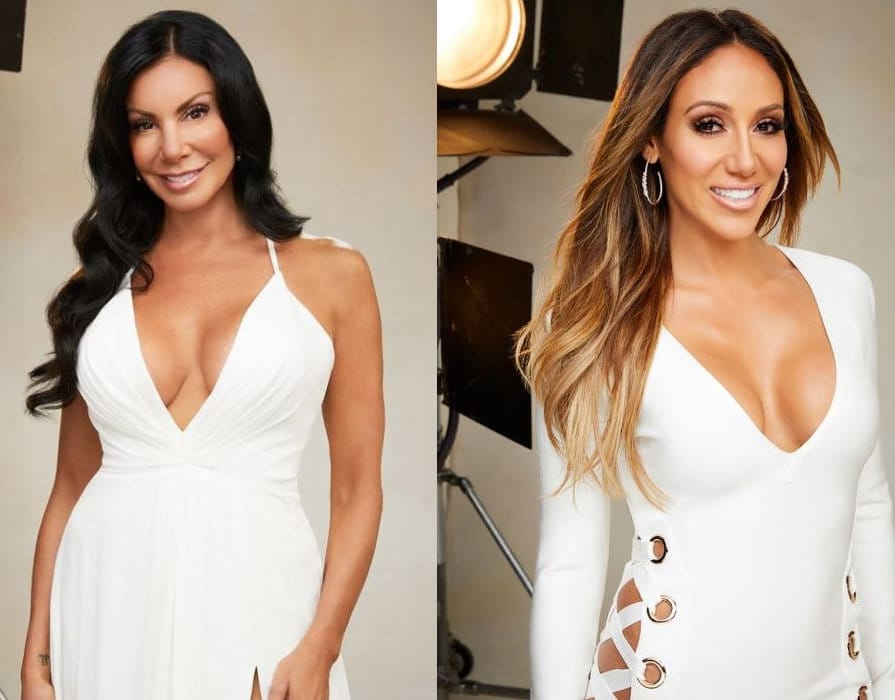 Danielle Staub made her official return to the Real Housewives of New Jersey this season following 7 years away from the show. So one would think she would be very happy to return but Danielle is airing out her grievances with the Bravo network, and she gives her reasons!

In a new interview, Danielle reveals she was “upset” with Bravo for making her a ‘Friend of the Housewives’ this season rather than a full time cast member.

“No, I didn’t understand initially,” she revealed to The Morning Breath of the network’s decision to make her a “friend” of the Housewives. “I was a little upset. I was almost a little bit insulted.”

“I had to really like understand and wrap my head around why I’m coming back and what was going to happen to me,” she continued. “Are they using me? What was the intentions behind it [sic]? And if I’m part time, does that mean I’m disposable? But clearly I’m not.”

Danielle adds that she was upset because she put in a lot of work, filmed with everyone, and basically did everything Bravo wanted of her.

“I realized as I started to film with the ladies that I was with every group cast gathering,” she said. “So I was in every one of those scenes and I was in private scenes. So I was doing the work and spending the time getting to know everybody.”

She however makes it clear that she has no real hard feelings towards the show and Bravo.

“Bravo always knows what they’re doing and so do the producers and I trust them immensely,” added Danielle. “They spent a lot of time on the phone with me and I do give them that, but when I look back I do regret giving them such a hard time — but then I don’t because of what happened to me in seasons one and two.”

Danielle finished the interview by admitting she was a “little jealous” of newbie Margaret Josephs for getting full-time status right away.  She also revealed she will be at the reunion which has yet to film.

Speaking to the Daily Dish Podcast, Melissa shares that she was surprised to hear Teresa express all the anger she has towards Joe.

“I was in shock that she actually said it out loud,” said Melissa. “I think I know how she feels, but that she’s starting to say things out loud was shocking for me, just because it’s not usual. It’s not the norm from her.”

Melissa went on to add that Teresa typically puts on a “facade” to hide her true feelings, but feels her new honesty is a positive for her.

“I think it’s doing her a lot of good, actually, because it’s hard to hold all these feelings inside, and then eventually you’re going to explode. And so she hasn’t exploded as much lately, which is good,”  added Melissa.

Is it just me or did that entire Melissa interview reek of shade?! Lol.

TELL US – SHOULD DANIELLE HAVE BEEN A FULL TIME HOUSEWIFE? THOUGHTS ON MELISSA’S COMMENTS?