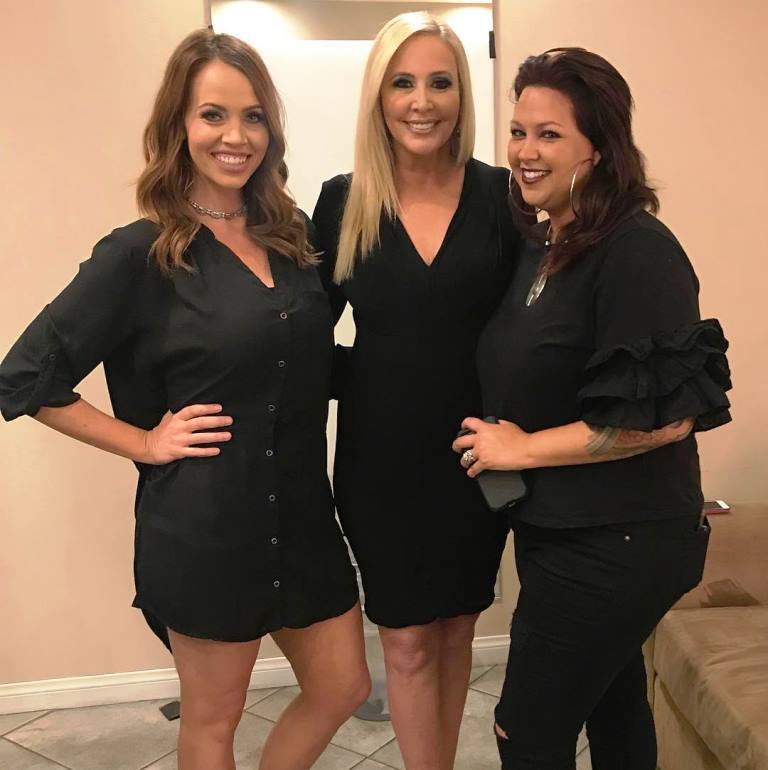 Days after announcing she had separated from husband David Beador following 17 years of marriage, Shannon Beador is showing off her weight loss and thanking fans for their support!

As we reported, Shannon informed her Real Housewives of Orange County castmates that and David had separated over a month ago during the filming of the reunion on Friday.

Today Shannon, 53, took to her Instagram and shared the above photo with the following caption: “Reunion Season 12. Big hugs to @erickabrannon and @prive_shay for continual touch ups on a very emotional day. ? And a huge thank you to my cast mates and fans who are lifting me up with their love and support! ❤️❤️❤️””

Shannon showed off a much slimmer frame in her black v-neck dress, following her revelation earlier this year that she had gained 40 lbs. She blamed the weight gain on emotional eating and stress due to costar Vicki Gunvalson alleging she was in an abusive relationship last season. Shannon also revealed on a recent RHOC episode that she felt David was “disgusted” by her new weight.

When it comes to her divorce, Shannon gave the following statement: “It’s heartbreaking for me and my daughters that this is the road that had to be taken but it’s the only way. I felt alone in my marriage. You can do what you can to keep your family together, but you have to have willing parties. You need two people to make a marriage work, and that just wasn’t happening in our relationship.”

She added that the breaking point for her was seeing how her troubled marriage affected her three daughters with David.

Tamra Judge also shared more photos with Shannon following the filming of the reunion. Tamra wrote, “Emotionally exhausted. Think I’ll lay in bed all day ?. Prayers for my bestie @shannonbeador ?”.  You can see those photos below by swiping right.