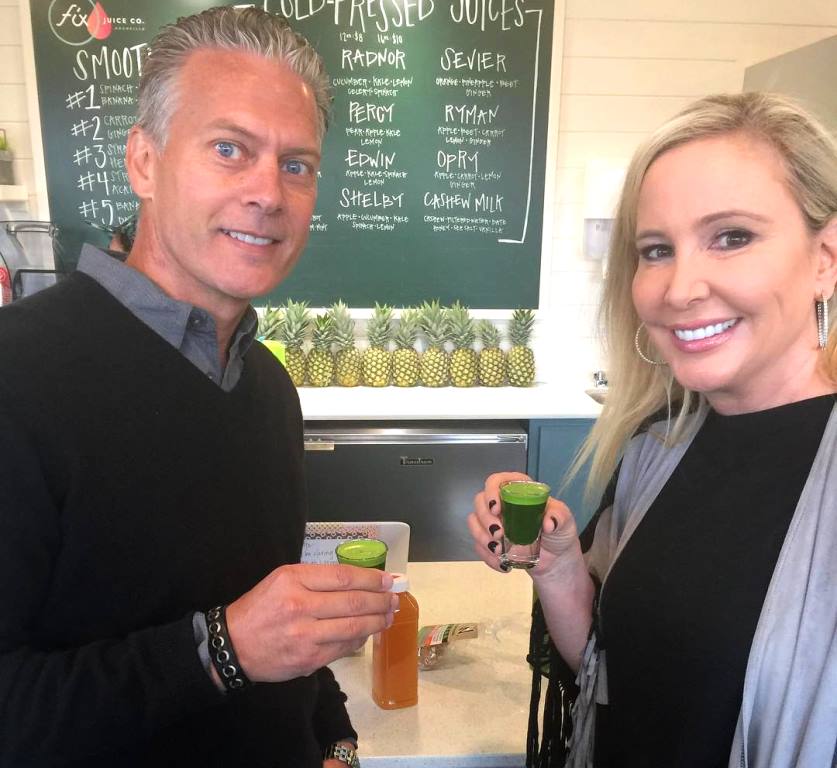 News of Shannon and David Beador’s divorce came as both a shock and not a shock in more ways than one.  Not a shock because many could see how awful their marriage was, but still a shock because they simply seemed like one of those couples who had accepted their fate and were content with remaining in a miserable marriage for the rest of their lives.

Days after Real Housewives of Orange County star Shannon announced she and David had separated, a new report today is now stating that David is already seeing other women! Whoa.

Radar Online is reporting the 53-yr-old construction executive, who has moved out of the marital home he shared with Shannon and their three daughters, is enjoying his newfound freedom.

“David is living in a rental condo, and is trying to work out a financial settlement with Shannon so their divorce doesn’t get super messy in court,” a source close to Shannon, 53, revealed. “He isn’t trying to be secretive any more, and he’s been publicly dating other women since him and Shannon officially split a few weeks ago.”

Indeed Shannon confirmed they actually separated a little over a month ago, following 17 years of marriage.  David’s affair from 2015 also played a role in the couple’s marital issues as despite going to therapy, Shannon couldn’t move past it.

Meanwhile, more news is trickling out about just how dire things were for Shannon and David in their marriage.

E! News reports that it was Shannon who kicked David out of their marital home though she only did it once she realized David wanted out of the marriage.

“This has been a miserable marriage for Shannon for a very long time. David wanted out. Shannon couldn’t take it any longer and has decided that this is best for the kids and her health,” revealed an insider close to Shannon.  “Shannon is very distraught and is trying to every possible way to keep it together for the sake of her kids.”

Good thing for Shannon that her castmate and friend Tamra Judge has been there for her during this difficult time.

“Tamra has been comforting her a lot,” stated the source “and she has been leaning on her. Her co-stars are not surprised by the news at all, and it is going to be a huge storyline on the reunion.”

Meanwhile Shannon continues to show off her recent weight loss as she shared this new pic on her Instagram page. Good for her!

You know I always want the healthiest option, and as a busy mom, if I don’t have time to sit down for a meal, I choose #310Shake. It is plant based and gluten, dairy, and soy free 😍Who could ask for more? Tasty, low calorie, and fast – @310nutrition is a healthy option for us moms on the go and they are having a CRAZY 40% OFF SALE now & get FREE shipping by using "plan310" at checkout #healthyfood #lifestyle #ad

TELL US – ARE YOU SURPRISED DAVID MIGHT BE SEEING OTHER WOMEN ALREADY?