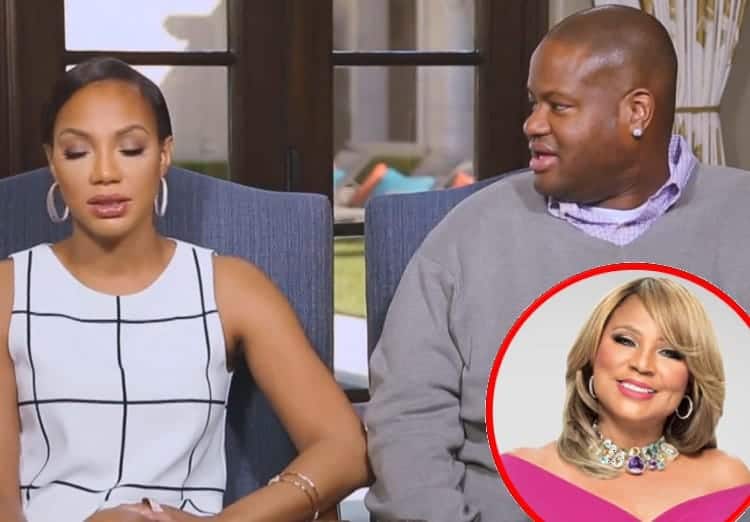 In today’s shocker, Tamar Braxton’s mother Evelyn Braxton made a startling admission in a new interview that she is fearful Vince Herbert might kill her daughter.

This comes a week after Braxton Family Values star Tamar filed for divorce. As we reported this morning, Vince is desperate to get Tamar back BUT one person who is clearly against a reunion is Evelyn.

Evelyn told TMZ:  “I don’t really have anything to say to Vince. Only one thing. Keep his hands off my child. Stop before he hurts her or kills her. I love Vince but I don’t want him to kill my child. As simple as that.”

Is Evelyn confirming the rumor for years that Vince allegedly physically abuses Tamar? In fact just last year in August of 2016, cops were called after Vince and Tamar got into a fight, and Vince allegedly bit Tamar’s finger.  The couple however stepped out days later and claimed all was well.

The domestic violence rumors first came to light years ago when Trina Braxton’s ex-husband Gabriel Solis was apparently caught telling his mistress during a video chat some secrets about the Braxton family. One of the confessions made by Gabe was an allegation that Vince beats Tamar.

Evelyn also made it clear that she hopes Vince seeks help and gets some counseling. Wowzers. The video of Evelyn’s interview is below –

UPDATE – Vincert Herbert is denying he ever abused Tamar. Sources close to Vince tell TMZ he has no idea where Evelyn’s comments stem from and that he will pray for her.

TELL US – DO YOU THINK VINCE ABUSES TAMAR?