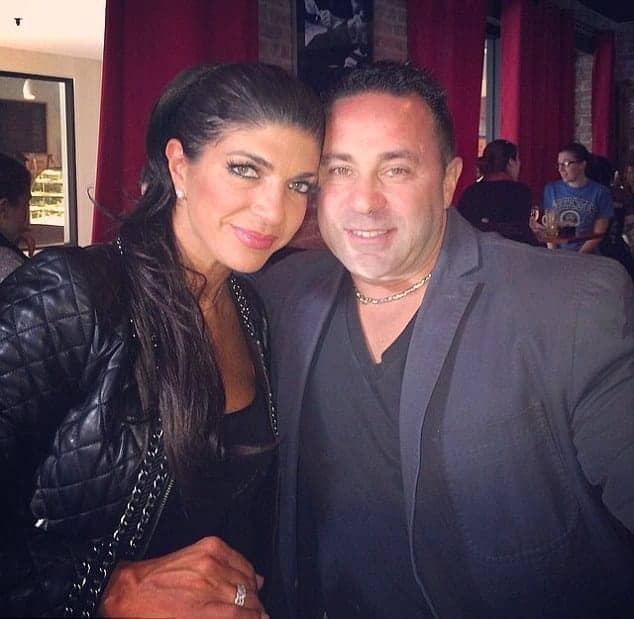 Don’t ask us how but somehow a new photo of Joe Giudice has made its way to the press!

In the new photo, posted below, the Real Housewives of New Jersey star and husband of Teresa Giudice can be seen studying in prison.

Radar Online was able to obtain video footage of Joe who is currently incarcerated at the Federal Correctional Institution in Fort Dix, New Jersey. Below is a screenshot from that video showing Joe, who never graduated high school, in the prison study hall studying to get his GED. 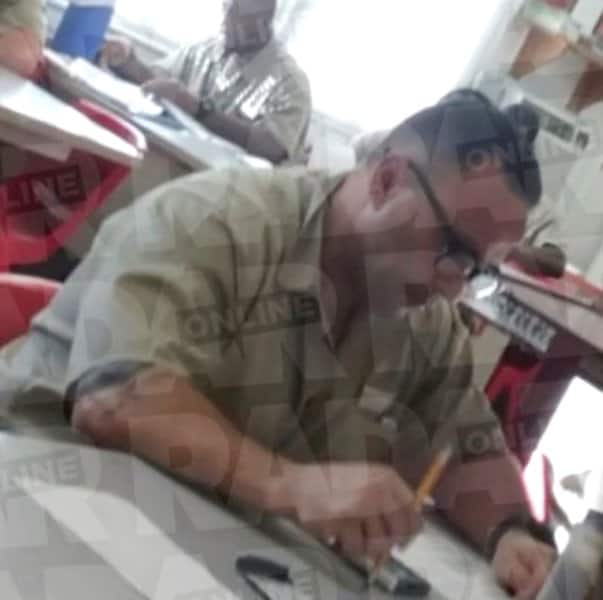 Sources tell Radar that the father of four is trying to better himself behind bars as he serves out his 41 month prison sentence for fraud.

“Joe really wants to improve himself during his sentence,” a prison source reveals. “He has been studying regularly.”

Joe is reportedly well aware that Teresa is blaming him for all their legal troubles, as she has in fact stated that Joe would have to make a lot of changes following prison in order for their marriage to work.

“He knows Teresa blames him for all their troubles, but he wants to make it up to her and be legit,” a second source added.

Teresa recently gushed about Joe’s appearance stating he had lost 40 pounds in prison, though a newer report claims she has stopped taking his calls! Yikes.

Meanwhile Joe is also gearing up to move to a new prison that will be further away, two and a half hours to be exact, from Teresa and his kids.

United States District Court records show that Joe will be getting transferred to FCI Allenwood in Pennsylvania. The reason? Well it all has to do with a lawsuit Joe filed against his current prison back in September.

In the lawsuit, Joe claims his current prison is refusing to allow him to enter into an alcohol-abuse program that could take a year off of his 3.5 years prison sentence. It’s related to a dispute over his immigration status as Joe is not a legal citizen and is facing deportation upon his release.

The new prison at FCI Allenwood will however be able to accommodate a hearing for him, unlike his current prison.

TELL US – THOUGHTS ON THE LATEST ABOUT JOE?