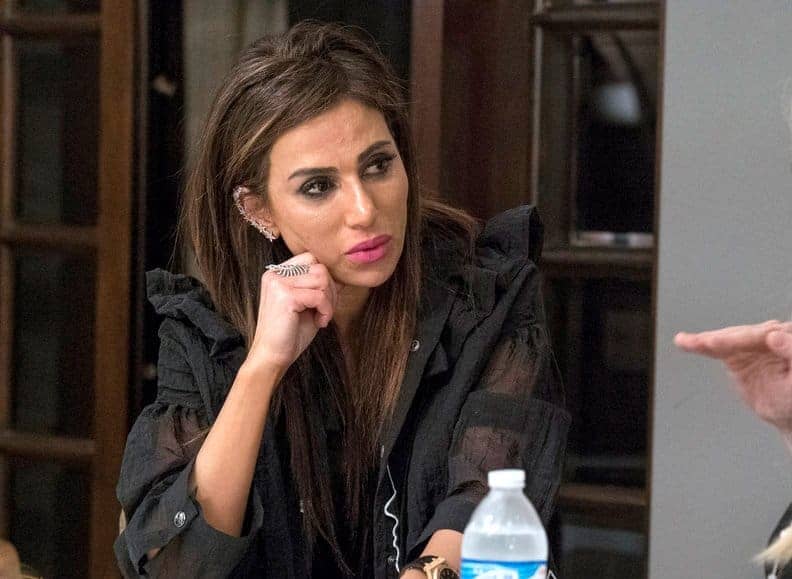 An attempt to save face? Or is she really over the drama?

According to a new report, Real Housewives of Orange County star Peggy Sulahian is threatening to quit the show!

This news comes after it was recently reported that her RHOC costars are banding together to get her fired.

Sources tell Radar Online that following the reunion, Peggy, 44, stormed off the stage. She reportedly told producers that she was “done” with the show and “definitely not interested” in returning for the next season.

“Peggy is convinced there is a smear campaign against her that was started by her castmates,” a production insider revealed.

As previously reported, Peggy’s castmates are completely over her, and apparently feel she is starting drama to stay relevant.

PHOTOS – SEE PEGGY SULAHIAN BEFORE AND AFTER PLASTIC SURGERY!

“The other women cannot stand Peggy. She has started so many fights with the ladies that were absolutely outrageous and unnecessary,” a source stated.

Only time will tell what the future holds for Peggy on the RHOC. It’s however safe to say her chances of returning to the show are dwindling down with each passing day. While she has fans, the general consensus seems to be that she’s simply not a good fit for the show.

TELL US – DO YOU WANT TO SEE PEGGY RETURN TO THE RHOC?