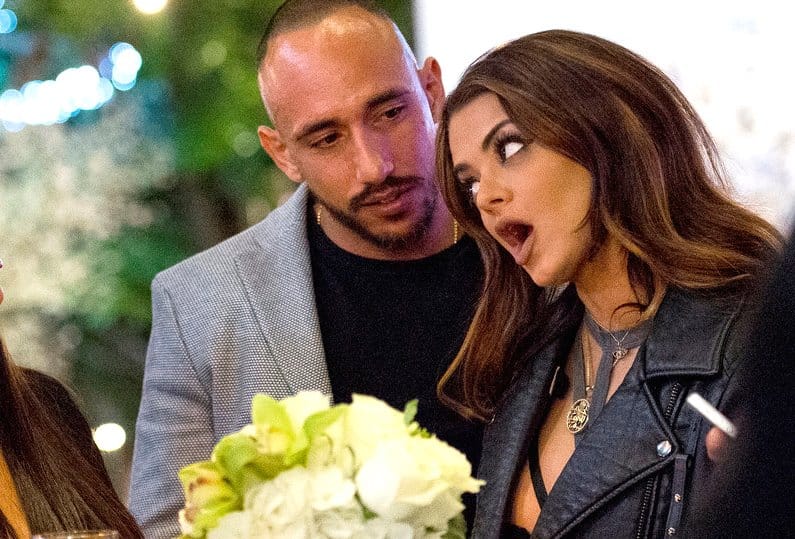 Following another brief reconciliation back in September, it’s splitsville yet again for GG and Shalom. Except this time, GG is requesting a restraining order and accusing Shalom of harassing her and her cats.

According to TMZ, GG filed court documents in which she alleges Shalom has been harassing her and her family for months. Allegedly, he has been bombarding them with calls, emails and texts.

Even worse, he repeatedly went to the press to try to sell stories about her. GG, 35, claims just this month, Shalom, 33, contacted media outlets TMZ and E! News to sell them stories meant to defame her.

When it comes to the harassment, she reveals she has caught Shalom creeping around her home on at least 5 occasions, which includes an incident in  February when he prevented a food delivery guy from delivering her order by pretending to be security. Now you know you never come between a woman and her food Shalom!

So now GG is asking the courts to grant her a restraining order that will keep Shalom 50 yards away from her and her two cats (Romeo and Malaika) at all times. She also wants him silenced by requesting he be banned from contacting the media to leak information out about her and her family.

A judge has denied her initial request, but a hearing date was set thus allowing her to bring more evidence forward to prove that a restraining order is necessary.

This couple has quite the history as they got married back in January following a whirlwind romance. GG announced they separated two months after their wedding but they reconciled shortly after. They then split up again which led to Shalom requesting spousal support from GG, but by the time that became public news, they were already back together!

So based on their rocky history, it’s highly likely they will be back together before their hearing date! Don’t they just seem like one of those couples who thrives on drama? Must say however that it doesn’t bode well for GG’s case that the judge refused to issue a temporary restraining order as those things get handed out like candy.

TELL US – WILL GG AND SHALOM GET BACK TOGETHER?

In this article:Shalom Yeroushalmi, Golnesa GG Gharachedaghi, Shahs of Sunset