The first part of the season finale of 90 Day Fiance left some unanswered questions, while part two gave us answers but still left some couples unsure of their future… 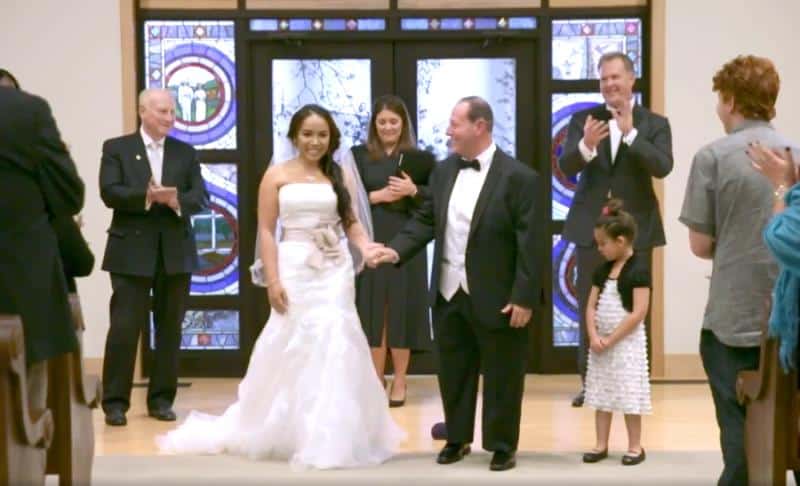 Hooray! David’s daughter Ashley is back on the show! Can’t believe David actually invited her out for dinner. Hope he brought his poncho based on Ashley’s drink throwing history. Ashley won’t let it go- she thinks this relationship is a “joke.” David adamantly explains that it is not a “competition of love” and Ashley corrects him by saying his priorities are all out of whack. Despite all of the trouble she has caused, David invites her to the wedding which just so happens to be on ASHLEY’S BIRTHDAY. Woah. Salt in the wound much? Out of 365 days, ya hadda pick the girl’s birthday? Come on, David. You haven’t celebrated her birthday for four years and now that you’re back, you plan the big wedding on Ashley’s day. Ouch.

I know. I can’t believe these two are actually going through with this wedding either. The couple is nervous, but it’s not wedding day nerves. It’s more “Ashley” nerves. Annie warns the camera that Ashley better not “talk anything bad” on her wedding day. And a beautiful wedding day it is….courtesy of fairy godfather Chris. Chris and David prep for the ceremony by doing a few shots—uh….what happened to sobriety, David?! David is clearly feeling the 99 Bananas he was throwing back with Chris cuz he gives Ash a quick ring right in the church lobby to wish her a happy birthday and to extend the invite one last time. It doesn’t look likely she is coming, David. She might be, ya know, celebrating her birthday?

Meanwhile, Annie gets ready with Chris’s wife Nikki and Annie truly does look beautiful. Poor girl has no idea that her groom is wasted. Ashley surprises David by attending the wedding because TV time! There’s no way she is missing an opportunity to make it onto TLC. Side note: Did David get new teeth for the wedding? His pearly whites were sparkling like crazy. Something tells me he owes that to Chris, too. Just like he owes this wedding to Chris. “I think our money did good!” Line of the night by Nikki, Chris’s wife. I have to agree, Nikki. You two went above and beyond. Nothing is gonna ruin it. Not even Ashley. “I love how dad still made this day about him and not about my birthday.” Um yes, Ashley. It is his wedding day. She seems bewildered. Ashley is aggravated that she is celebrating her 28th birthday while her father marries a 24 year old Thai girl. Ah…love! 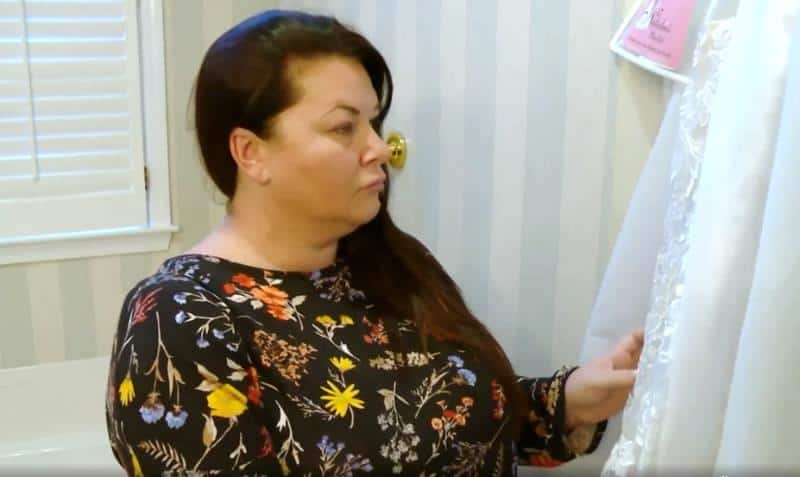 I am happy to report that the TLC producer feels just as betrayed as I do upon finding out that Molly and Luis are legally married. Molly explains she just “signed it,” which means they are now legally married. The only issue is that Luis is now….gone. Molly is STILL “so confused about it all.” It’s pretty clear, Mol. You’ve been used.

Molly shares the truth about Luis with Olivia, her older daughter. “We went ahead and filed the paper…like we are already married, me and Luis.” Molly, Olivia isn’t taking it very well. Olivia is bothered by the fact that Molly kept something “so big” from her. She is hurt and rightly so. Clearly Molly’s favorite word is “confusing.” I think I counted 11 times she has said it. Olivia lays into her and she is acting more like the mother in this situation. “My own mom went behind MY back.”

Molly invites her dad over, even though he hasn’t spoken to Molly in two months. She feels like she needs to come clean with him, too, about the actual marriage. Phillip is shocked, just like everyone else who has heard the news. “It’s not much of a marriage since he’s not here.” You do have a point there, daddio. Her dad states that Molly is asking for trouble and basically tells Molly he is a psychic and that…he told her so. “Reality just smacked Luis up the as*.” Way to not sugar coat anything. Maybe that’ll knock some sense into “confused” Molly’s head. It’s over. 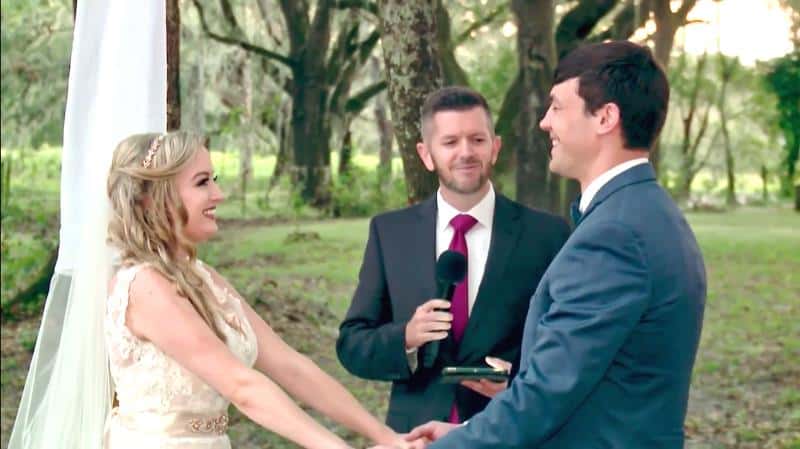 Today’s the day. Andrrrrrei and Elizabeth are tying the knot. Good to see the fam finally came around and warmed up to the big Moldovian hunk. I do feel kinda bad for Andrei, as his family isn’t there for the wedding, but never fear. Andrei gives himself a pep talk in the mirror, complete with compliments to himself…from himself. Mr. Chuck, Elizabeth’s father, is still not totally sold on this marriage. Upon walking up to the bridal suite to see his daughter for the first time donning a wedding dress, Mr. Chuck states that “Andrei doesn’t deserve” Elizabeth. Not now, Chuck. Not now. But, that sneaky little devil finally admits he is here to support his daughter. Now we are talking! 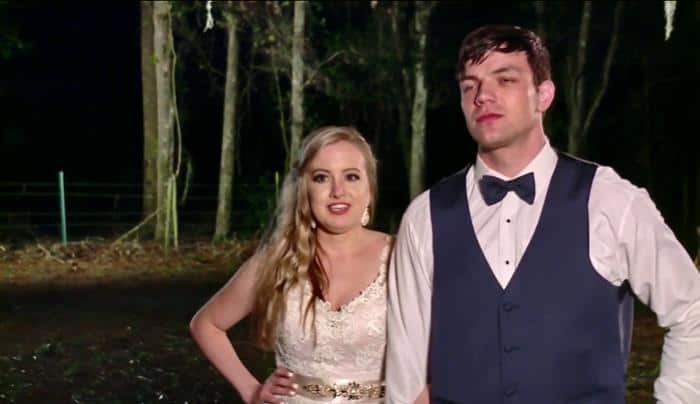 Where are Elizabeth’s guests? Also, who are Andrei’s groomsmen?! Did he just pick those dudes up on the street? I have to admit, I think the flower girls stole the ceremony. They were beautiful! But anyway, the ceremony was quite nice and I think Andrrrrrei might have even smiled for a minute! Crazy, right?! Elizabeth described the ceremony as “enchanting” and Mr. Chuck states he will “support Andrei 100%…don’t screw it up.” I can get behind that statement. 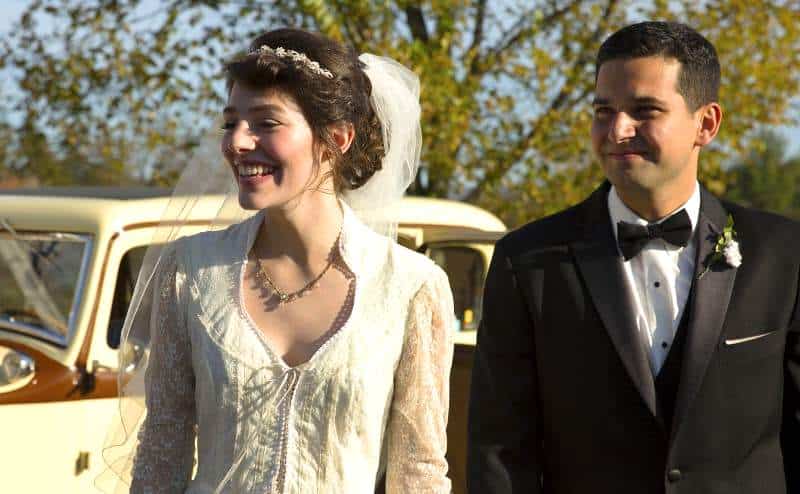 Evelyn and her blush can hardly wait to marry David. She’s got a big day ahead of her- marriage, loss of her virginity, and gaining a roommate of the opposite sex. Heyo! I’m glad to see David’s parents were invited, I mean, CAME for the wedding. Speaking of parents, it was adorable how Evelyn’s dad got so emotional. As Evelyn robo-walked down the aisle, she stated that David looked “classy and handsome” in his tuxedo. Was it REALLY worth all the fighting?! Their awkward first kiss was cringe-worthy, but it’s nice to see them happy together. Finally. Now they can sleep in the same bed. Did anyone else notice David’s face when Evelyn made that comment?! “The first time is always a bit disappointing.” “They will find their way, ya know?” All words of encouragement from David’s groomsmen. The two lovebirds drive off to spend “a magical evening alone.” Oh dear. 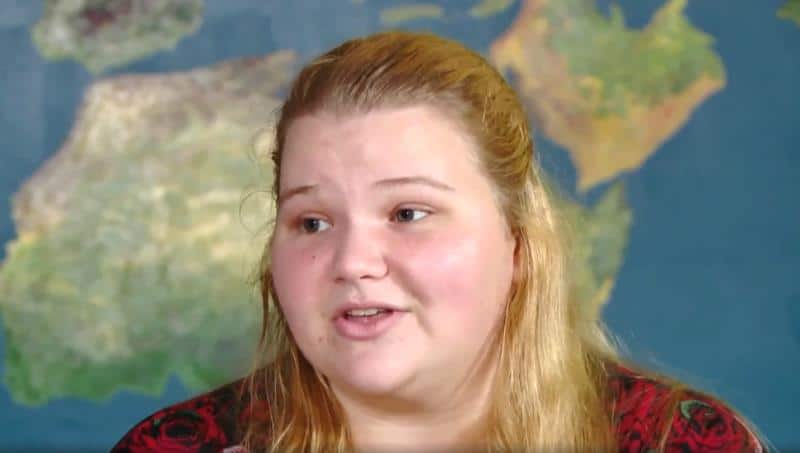 Azan and Nicole did decide to go forward with the K1 Visa. When Nicole tells her mother, Robbalee, that Azan got his interview date, her mom looks like she just ate a dirty gym sock. Her mom continues to express her fears that Azan is simply using Nicole for her finances, but Nicole brushes off all of the doubt. Nicole also reminds her mom that she is queen of turning lemons into lemonade and not to worry should this relationship all crumble down. If all else fails, Nicole and May could just go pack up and live in Morocco with Azan. No biggie. Nicole doesn’t “necessarily want to live in Morocco,” but the heart wants what the heart wants, Robbalee.

TELL US – WHAT ARE YOUR THOUGHTS ON THE RECAP AND 90 DAY FIANCE SEASON FINALE?